Yeh Hai Mohabbatein fame actor, Divyanka Tripathi Dahiya and Vivek Dahiya are touted as one of the cutest and lovable couples from the Indian television industry. The lovebirds walked down the aisle on July 8, 2016, in a grand ceremony in Bhopal, which happens to be the actress’s hometown. Ever since then, Divyanka and Vivek have been giving us some major marital goals. Though Vivek has carved his own niche in the television industry, there is no denying the fact that Divyanka is more popular and successful than him.

Nonetheless, this has never proved to be a hurdle for the two. In fact, Vivek is all-praises for his wife always and is a proud husband. Recently, Divyanka completed 10 million fans on her Instagram account. The doting hubby, Vivek is on cloud nine for she is the first Indian television actress to bag double-digit fan-following on her official Instagram handle. (Checkout: Chhavi Mittal Reveals When She Felt Like Having A Second Child, Also Shares Pregnancy Tips) Divyanka herself took to her official Instagram handle and expressed her happiness on bagging 10 million Instagram followers. She shared the below picture and wrote, “Few moments leave you speechless, yet you want to say thousands of words! Maybe in short, I can say that this happiness was nothing if you 1Cr didn't join your cords with me. It's not the number that makes me smile, it's the organic flow of love between us, it's the fact that- we are #OneBigFatFamily now! Thank you and congratulations to those who always want the best for me. Love, Divyanka Tripathi Dahiya Special thanks to @_k_kanchana for arranging this surprise while sitting in Sri Lanka! #10Million #SurpriseDecoration #FanLove." 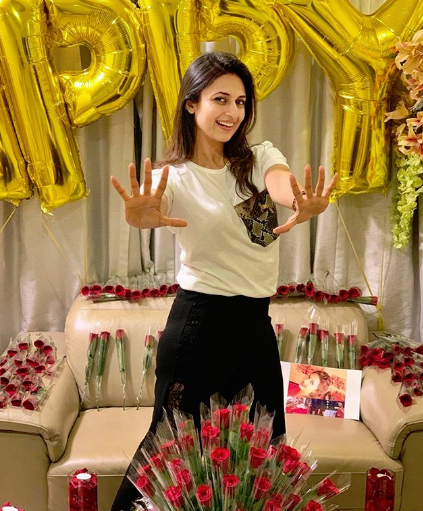 Vivek took to his official Instagram handle and wrote a long message as to how proud husband he is. Vivek shared a lovely picture with his wife, Divyanka and along with it wrote, “Today I am a proud husband but even a prouder co-actor! There are very few who can become role models and I truly feel you have for many.” (Also Read: Sara Ali Khan's Goofy Birthday Wish For Ibrahim Ali Khan, Thanks 'Best Brother' For Tolerating Her) He further wrote, “I have seen the struggles and yet through all the difficulties and challenges you have maintained that constant smile! Social media for many is a one-way road, where we post, and we rejoice on the number of likes and comments we get. You manage to interact with your fans, comment, appreciate them and give them time. Yes TIME, the most expensive commodity today! And that is why you are setting your own milestones worth 10 million! #CongratulationsLove”. 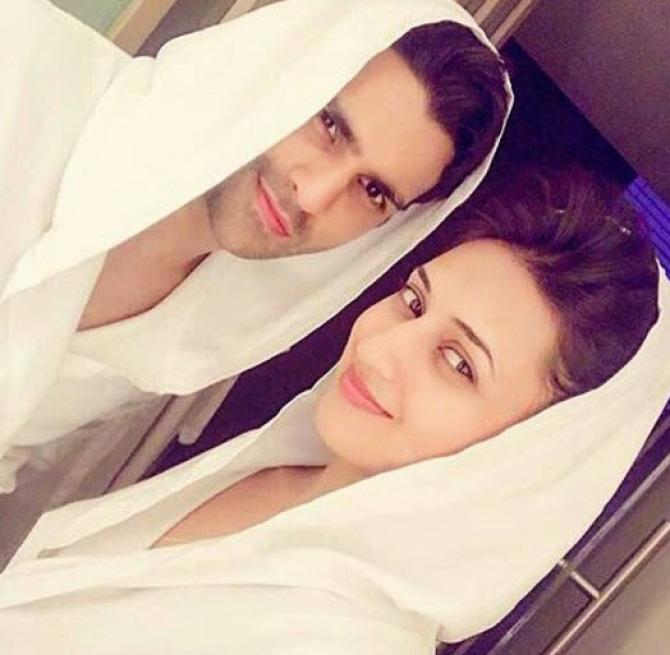 In an interaction with The Times of India sometime back, Vivek had shared how his wife, Divyanka inspires him. The doting hubby was quoted as saying, “Divyanka inspires me as an actor, as she has made it on her own. She hails from a small town and joined the industry over a decade before me. There is no competition or insecurity. These rumours are a work of fiction. We are so happy together that detractors want to pull us down. I find it stupid to even comment on my marriage or being compared to her. I am confident as an actor and am growing every day. Divyanka is supportive and both of us want to have our own journey as artistes. We don’t discuss work at home unless we feel the need to. What works for us is the fact that there is no communication gap. We don’t have any reservation about sharing our deepest thoughts with each other, we are transparent.” (Don't Miss: Alia Bhatt Forces Boyfriend Ranbir Kapoor To Show His Dimples, He Replies Back With A Blush [VIDEOS]) Vivek further went on to add, “Divyanka cribs and in fact, I love that about her. I enjoy when she nags and is grumpy. Now, I have finally realised that she does that when she is hungry. So, whenever she is in a bad mood, I get food for her. What could irk her about me is that I am a lazy person. When we are holidaying, I don’t usually like to step out.” Further, commenting about being a fitness freak, the former Yeh Hai Mohabbatein actor had shared, “I have always been fitness conscious. However, lately, I felt the need to develop abs. I have realised that unlike Europeans, we Indians don’t prioritise our core muscles. So, I focused more on my core strength. I wasn’t too comfortable flaunting my body earlier, which I am now. Earlier too, I had the physique, but I was shy. That was a silly inhibition. Now, I am more confident. I believe that if you have it, then flaunt it.” 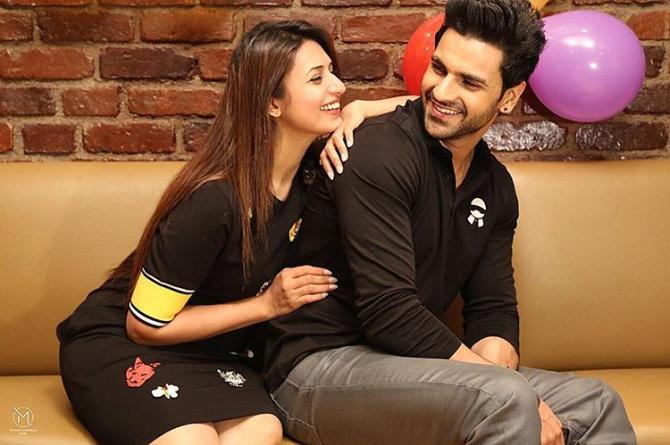 Adding further, Vivek was quoted as saying, “She was the one who encouraged me to go bare body on the show. She was of the opinion that I have a fab body and people need to see it. on the contrary, I was of the opinion that as an actor, I don’t need to do that.” (You May Also Like: Anushka Sharma Reveals That She And Virat Kohli Kept Fake Names To Keep Their Wedding A Secret) 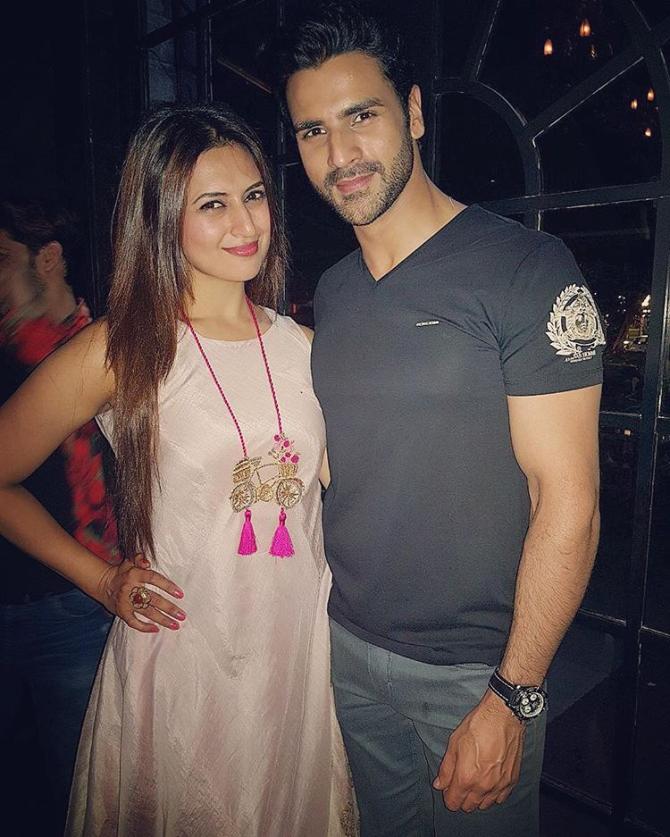 Openeing up about Vivek, Divyanka had once shared, “Meri taraf se kuch bhi nahin, he is super. He is really a very good human being. He is one of those rare guys who don’t have an ego.” Also, she revealed the family planning and had said, “It's not about the rampage. I can work with a fracture, slip disc, and even a baby in my womb. But we still need to go for our honeymoon. We need to explore our romantic lives.”

Adding further, she had remarked, “Not planning a family. Not now for sure. I don't have time. Nurturing and taking care of a baby is a very important job, much more important than a Prime Minister and a President's work. If I do it, I would like to give 100 per cent to my baby. Let's see how it goes.” 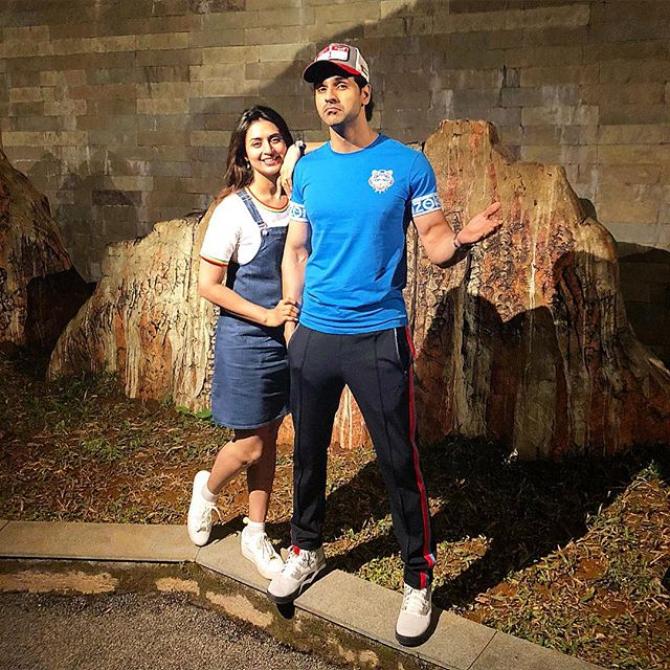 Revealing this little bedroom secret, Divyanka had remarked, “Whosoever is less angry on that day. Actually, we had decided before marriage that whenever we differ, we will talk it out and resolve matters. We will never leave things unsaid. And this was simply because we wanted our marriage to stay in place for the lifetime. Toh kabhi woh jhukte hain, kabhi main jhukti hoon. But we never fight and sleep.”