'Yeh Hai Mohabbatein' actors, Divyanka Tripathi Dahiya and Vivek Dahiya tied the knot on July 8, 2016. On their third anniversary, he was hospitalised. Checkout how Divyanka welcomed him back.

Love is where the heart is, and this couple has each other’s heart in their kitties. Right from their on-screen power to their off-screen chemistry, this couple has been everyone’s favourite. The mention is of none other than Yeh Hai Mohabbatein fame actors, Divyanka Tripathi Dahiya and Vivek Dahiya. The lovebirds who had tied the knot on July 8, 2016, exemplifies how to love your soulmate. (Also Read: Sania Mirza Feeds Baby Izhaan Mirza Malik In Between The Shots While Watching Match, Picture Inside)

On July 8, 2019, the duo completed three years of their marital bliss. But unfortunately, Divek (as their fans fondly call them) couldn’t celebrate it with dhoom-dhaam. The reason behind the same was Vivek’s ill health for he was diagnosed with an intestinal infection and liver abscess. Vivek’s hospitalisation didn’t let the Dahiyas rejoice the special occasion. The entire Dahiya clan surprised Vivek in the hospital where Divyanka and Vivek had cut their anniversary cake. 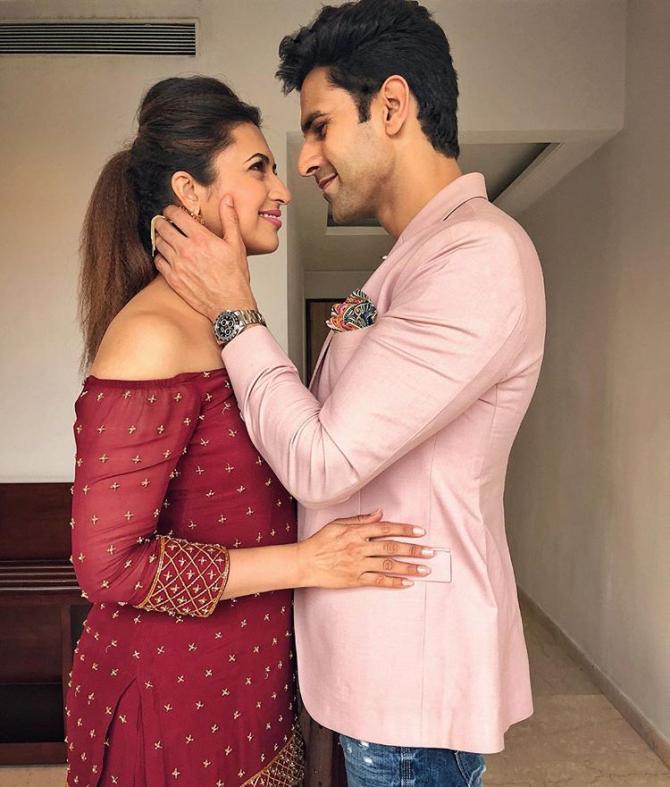 Rather than exchanging the bites of the cake, Divyanka and Vivek had exchanged high-five. Now, Vivek is back home and the lovely wifey, Divyanka welcomed him with flowers. The actress herself took to her official Instagram handle and shared a story wherein we can see the much-in-love couple drowned in love and the entire room is decorated with flowers. Checkout the picture here: 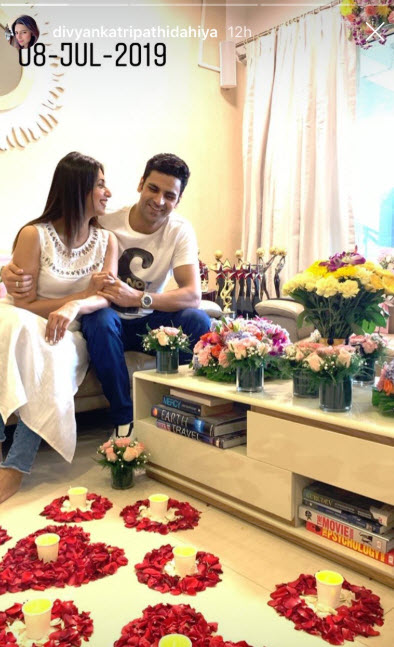 On their anniversary, Divyanka had taken to her official Instagram handle and shared clicks from the hospital, along with the caption that could be read as, “Unique Anniversary bring in is this...when the family sneaked in a cake to surprise us. When Viv and I exchanged a high-five instead of a piece of cake! #HappyAnniversary love!” On the other hand, Vivek had wished her with the words, “Through good times and bad, through sickness and health. Thanks for giving me these beautiful 3 years. Happy Anniversary my love @divyankatripathidahiya.” (Also Read: Virat Kohli And Anushka Sharma Twin in Black And White, Teach Us To Be Comfy And Classy At Same Time) In an interaction with The Times of India, Vivek had revealed the details about his health and was quoted as saying, "I am still at the Nanavati hospital and feeling a little better. I was diagnosed with an intestinal infection and liver abscess. The problem developed because of bad food that I must have had a few months ago. Luckily, in my case, I got a fever and it helped in raising an alarm that something wrong had happened to me. Had I delayed it, the results could have been fatal." 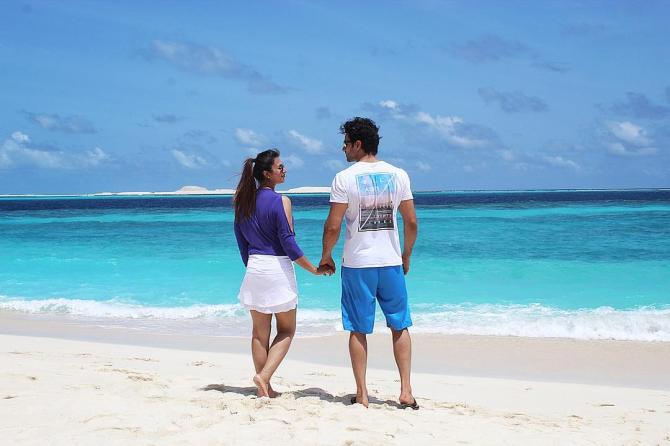 On the other hand, Divyanka had told a leading media portal, “I am happy that Vivek is doing better now. The last few days have been very exhausting for all us. I am really thankful that you guys actually called up Vivek to inquire about his health. People have gone ahead to report false news without even cross-checking with us. I took a few calls of journalists in the last few days and confirmed to them that he has been hospitalised." (Checkout: Amy Jackson Posts A Beautiful Last Trimester Picture Adoring Her Baby Bump As She Holidays In Italy) 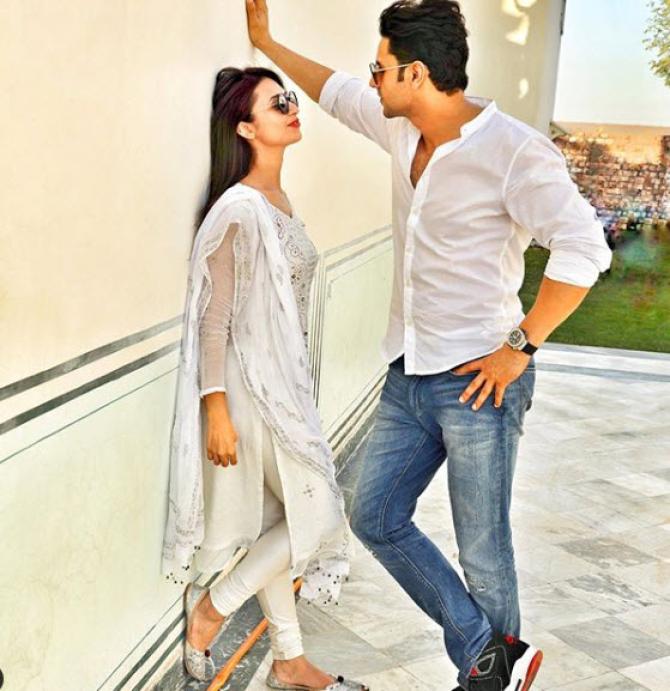 Revealing their anniversary plans, Divyanka had once shared, “We would have been in the UK, celebrating our third anniversary had Vivek not fallen ill. I was finishing a bank for Yeh Hai Mohabbatein so that we could go for a vacation. I got a call from him that he is getting admitted and I left everything and came running to the hospital. A night prior he had a high fever and main thande paani ki patiyaan rakh rahi thi puri raat." Talking all goody-goody about his ladylove, Vivek had once shared that Divyanka inspires him as an actor, “Divyanka inspires me as an actor, as she has made it on her own. She hails from a small town and joined the industry over a decade before me. There is no competition or insecurity. These rumours are a work of fiction. We are so happy together that detractors want to pull us down. I find it stupid to even comment on my marriage or being compared to her.” 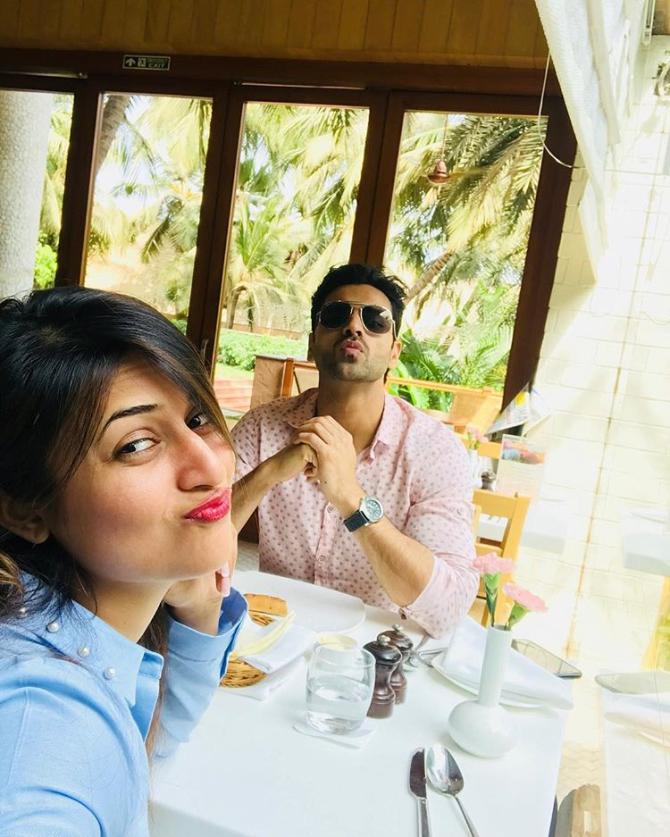 He had further added, “I am confident as an actor and am growing every day. Divyanka is supportive and both of us want to have our own journey as artists. We don’t discuss work at home unless we feel the need to. What works for us is the fact that there is no communication gap. We don’t have any reservation about sharing our deepest thoughts with each other, we are transparent.” (Do Read: Swara Bhasker Breaks Up With Himanshu Sharma Because He Didn't Want To Get Married, Details Inside)

Wishing Vivek Dahiya and Divyanka Tripathi Dahiya all the happiness and love in this world!