Sonam Kapoor added an ‘Ahuja’ to her surname on May 11, 2018, when she married her best friend-cum-boyfriend, Anand S Ahuja. They have always been in a long-distance marriage. 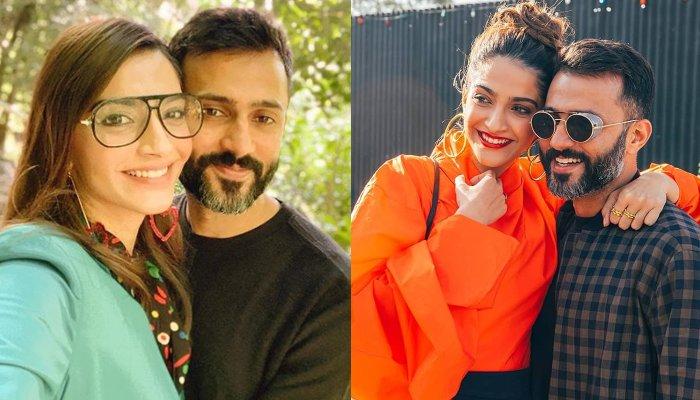 We have always been intrigued by every new move that our favourite Bollywood celebrities take. Apart from maintaining our loyalty to them by booking ‘first-day’ seats much in advance, we are also deeply interested to know how they are faring in their personal lives. Hence, talking about one of the most promising faces of the Tinseltown, Sonam Kapoor Ahuja. Her love life has always been everyone’s point of interest and how beautifully did she reveal the ‘man of her dreams’, Anand S Ahuja, to the world when she got married to him. (Do Read: Anushka Sharma Reveals Why She Married Virat Kohli At The Age Of 29, Quite Early For An Actress)

Sonam Kapoor added an ‘Ahuja’ to her surname on May 11, 2018, when she had married her best friend-cum-boyfriend, Anand S Ahuja. Theirs is a long-distance marriage and time and again in interviews, have the duo shared how they keep their love towards each other brimming with happiness and warmth. But if rumours are to be believed, Sonam and Anand will soon eliminate all the distance between them and stay close to one another. Before we divulge more details about the same, let us tell you a bit of Sonam’s luxurious Bandra property. And trust us, both surely has a link in common!

It was in 2015 when media reports all over contained details about the extravagant property that Sonam Kapoor had purchased in Mumbai's Bandra Kurla Complex (BKC). Neighbours with Aishwarya Rai Bachchan and Abhishek Bachchan, Sonam had purchased the flat for a whopping amount of Rs 35 crore! But as per a latest Mumbai Mirror report, Sonam is apparently looking forward to selling off her plush Mumbai BKC apartment and slowly proceeding towards settling down full-time in London with her hubby, Anand, whose main centre of work is the city with the ‘Big Ben’! The report further stated that Sonam is also in search for a suitable property in Notting Hill.

Soon after Sonam Kapoor Ahuja and Anand Ahuja got married in 2018, the couple was asked by a leading daily about the duo’s ‘base camp’. The Veere Di Wedding actress had then stated, “Nobody noticed, but I'm always in London (laughs). I am there for four-five months and then, in Mumbai. So, it's going to be the same." She had shared with another daily, “I have been shuttling between Mumbai and London for the past two years. My life isn't going to change much; what has been happening for the past two years will continue." (Must Read: Unseen Picture Of Pooja Batra And Nawab Shah From Their Pre-Wedding Function, Look Royal Together)

In an interview with Zoom TV, Sonam Kapoor Ahuja had talked about long-distance marriage. She had stated, “I think the distance definitely makes the heart fonder. I miss him a lot and I think it's important we both work. It's important for our relationship, as partners. I hope one day we find work in the same country (laughs).” When asked if she is ever putting a halt to acting, the actress had stated, “Ya, I am never gonna stop acting. But, let's see.”

Do you know, hardly a few days after her marriage with Anand S Ahuja, Sonam Kapoor Ahuja had flown off to the Cannes Film Festival? Sonam had shared a very interesting conversation that the duo had prior to the same. She had stated, “He made a really sweet comment actually which I thought was very funny because right after the wedding I had to promote Veere Di Wedding and go to Canne. I got married and next, I was flying to Canne and I was promoting Veere Di Wedding. And he just asked me a really simple question like in July, two months after the wedding. He was like, "If I had done the same thing. If I had gone to work straight after the wedding, what would you have done?" I said, "I would've killed you." He's like, "That's sexist!" I was like, "That's really funny." I was like, "How long did you take to think about it?" He says, "Two months." (laughs).”

Sonam Kapoor Ahuja and Anand S Ahuja are just like two balanced wheels of a cycle. About their long-distance marriage, the star hubby had shared, “I know more people here than in Delhi. However, my work is based out of the capital. So Sonam and I will be shuttling between the two cities for the time being.” Talking about how to make their marriage work, he had further added, “When it comes to marriage, small things matter a lot. We eat meals together, even if we are in different time zones, on Skype. We also actively make sure that we don't go over two weeks without seeing each other.” (Also Read: Dance Plus 3' Fame Amardeep Singh Natt Gets Hitched To His Dreamgirl, Chandni (Pictures Inside))

Sonam Kapoor Ahuja, in yet another interview, had shared all the compromises and sacrifices that the two make for one another. She had stated, “So, he compromises a lot in terms of like…he needs to keep flying-in because my work is dependent on other people. His work, since he is the boss, I am not the boss, because it’s the collaboration.. a film, so, I don’t have as much flexibility with dates as he does. He actually flies a lot because of me. He has to keep flying in to see me all the time. So, once in a while I do need to take that stand and be like, ‘It’s okay to sacrifice this project so that I can be with him. So, he can concentrate on his work’ because he makes a lot of sacrifices for me, much more than he should.”

Sonam and Anand, we can't help falling in love with you!