Virat Kohli talked in length about his love life and relationship with wife, Anushka Sharma in a conversation with the cricketer, Ravichandran Ashwin. Scroll down to read more! 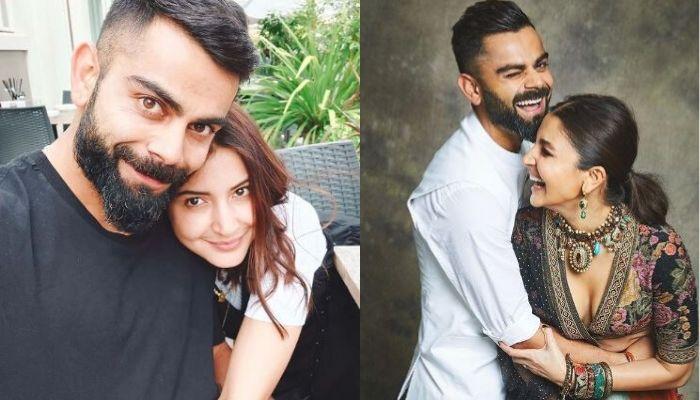 It was on December 11, 2017, when the world had witnessed the union of Virat Kohli and Anushka Sharma. It was not the first time that a Bollywood star had married a cricketer, but it was definitely magical as the fans were waiting for this to happen for the longest. Anushka and Virat, both are honest, grounded souls and thus, their intimate wedding made our heart happiest. After two years of all the speculations, their wedding had come out as a sweet surprise and we still gush over their dreamlike wedding pictures. Virushka has always remained tight-lipped when it comes to their personal life and relationships. (Also Read: 'Bua' Ekta Thanks Laksshay For Making Her Mom First, 'Papa' Tusshar Reveals His Son's Birthday Wish)

Anushka Sharma and Virat Kohli are the most sought after celebrity couple. The couple likes to keep their personal life private and their grounded nature gets us to drool over them even more. Recently, Virat has been pouring love on his wife, Anushka in every manner possible. From being her personal dinosaur to celebrating her birthday, Virat is hands-down taking away the title of ‘best husband’. A few days back, Virat had talked about his relationship with Anushka Sharma in an Instagram Live session with Indian football team captain, Sunil Chhetri and now Virat talked in length about his love life with the cricketer, Ravichandran Ashwin.

In the conversation, Virat talked about how he shares the same wavelength with Anushka, making it easy to have small conversations. He said, “The best thing is that when you have the right partner who is also working at a level of excellence, as you mentioned, in her own field, she can totally understand my mindset and I can understand her mindset. It becomes so easy to have conversation about what you're going through. What is it that is making you feel good or bad? What happened during the day that mentally put you down or boosted your confidence? Small conversations like that.”

"Anushka is brilliant at what she does. At her craft, she is outstanding. She understands what I'm exactly saying without me even talking, with my body language." - @imVkohli ðŸ’• #Virushka pic.twitter.com/s7KmNRRjQQ

Virat further shared how Anushka can understand what he is thinking just by his body language and gestures. He added, "I think when two people are on the same wavelength those conversations are very very easy and as you rightly pointed out Anushka is brilliant at what she does. At her craft, she is outstanding and for us having conversations at that level is that much easier because she understands what I'm exactly saying without me even talking, with my body language. So that is the level of connect that happens when two people are at the same wavelength and it's an amazing thing to experience." 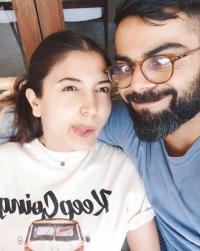 Virat also praised his wife, Anushka's choices as a producer and actor, and said that she follows her instincts, "Her making choices of what she wants to do as a project, as a film as an actor or as a producer comes from the right place. She is a person who always does the right thing, she follows her gut, she follows her instincts and she follows it to the tee. She is absolutely fearless, so when she does that she believes in that project. It is something that I've also learned looking at her. To have that belief that you are doing the right thing, then whatever happens left, right or centre you are not bothered by it." (Recommended Read: Benafsha Soonawalla Recalls Her 2-Year Journey With BF, Priyank, Shares Her Beautiful Painful Moment) 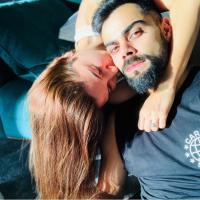 Talking about Virat Kohli’s Instagram live session with Indian footballer, Sunil Chhetri, the two sportsmen had talked about a lot of things, but the highlight was Virat’s revelation that he had never proposed his wife, Anushka Sharma formally. However, it came as a surprise for everyone, but his answer had taught a great lesson about love to everyone. He had said, “Mera yeh maana hai ki agar jab aap life khul ke jeete ho aur pyaar karte ho toh koi special day na toh Valentine's Day kuch hota hai. Every day can be Valentine's Day and special. And what Anushka said is completely true, we never felt like we needed to do that, we knew that we were going to marry each other, there were no doubts about it ever. So once we knew that everything is going smooth, we were super excited to start our life together. And organically things went on.” (Don't Miss: Mahesh Babu Reveals Who He Likes More Between Son, Gautam And Daughter, Sitara When Asked By A Fan)

Aren’t these two the perfect couple goals for the millennials?