On October 18, 2020, Virat Kohli took to his IG handle and posted a beautiful silhouette click of himself and the missus taking a dip in the pool!

The kind of popularity our favourite Bollywood-Cricket celeb couple, Virat Kohli and Anushka Sharma enjoy, it's not a surprise that the whole nation is elated and excited beyond measure, ever since they have announced their first pregnancy! Putting a lot of speculations to an end, Virat Kohli and Anushka Sharma had announced the soon arrival of junior Kohli-Sharma on August 27, 2020. And since then, millions of their fans are always eager to get an update about the gorgeous couple's pregnancy. (Recommended Read: Neha Kakkar And Rohanpreet Singh's Official Wedding Invitation Puts All The Speculations To End)

As the daddy-to-be is on duty, playing for his team, Royal Challengers Banglore in IPL 2020, the gorgeous mommy-to-be is often spotted in the stands cheering for him and supporting him in the game. On October 10, 2020, Anushka Sharma was seen in the stands during the Royal Challengers Bangalore vs Chennai Super Kings IPL 2020 match. When Virat had scored an unbeaten 90 in the match, Anushka had showered flying kisses on her hubby! On October 18, 2020, Virat Kohli took to his IG handle and posted a beautiful silhouette click of himself and the missus taking a dip in the pool. The sunset in the backdrop of the gorgeous picture looked ethereal as the lovebirds were seen lost in each other. It was clicked by Virat Kohli's teammate in RCB, South African cricketer, AB Devilliers. The picture went viral on the internet in no time. Check it out below: In another exciting news, we found a post on Viral Bhayani's official IG handle in which mommy-to-be, Anushka Sharma's delivery date was revealed. Along with a picture of Virat and Anushka, it was written in the caption that in a conversation with the official YouTube channel of 'Royal Challengers Bangalore', Virat Kohli shared that he is expecting that their child will be born on November 10, 2020. However, the post was deleted shortly after. On September 13, 2020, Anushka had posted a beautiful picture from the beach, caressing and adoring her baby bump. She had captioned her post as "Nothing is more real & humbling than experiencing creation of life in you. When this is not in your control then really what is?" Anushka's post was flooded with lovely comments and the best one had come from her hubby, Virat, who had written, "My whole world in one frame." (Also Read: Soha Ali Khan's Husband, Kunal Kemmu Wears A Chef's Hat As He Cooks Sunday Lunch) 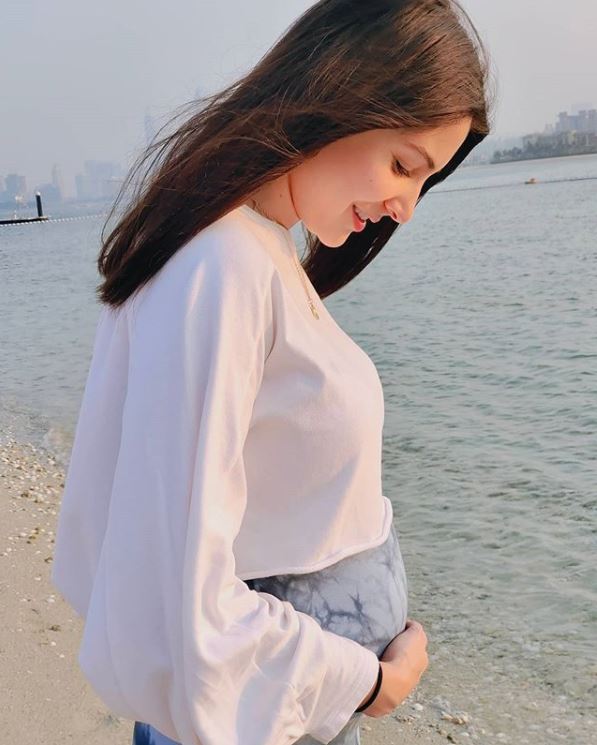 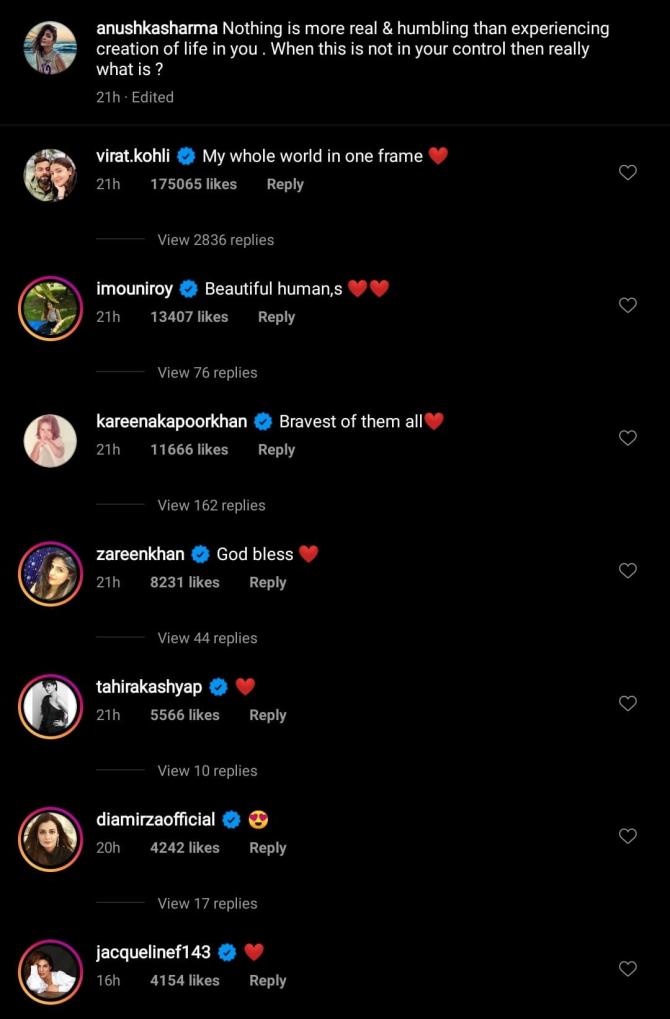 Earlier, in an interview to RCB Bold Diaries, on the YouTube channel of RCB, Virat Kohli had revealed his and Anushka Sharma's reaction when they had found out about her pregnancy. He had also talked about his emotions on becoming a father soon. Virat had expressed, "It is an incredible feeling. It puts things into perspective for you. It is a beautiful feeling. It isn't easy to describe how you feel, but when we found it, we were over the moon. When we announced, the kind of love that was showered on us, it was amazing. People were genuinely so emotional and happy for us. We are looking forward to the third member joining the clan." 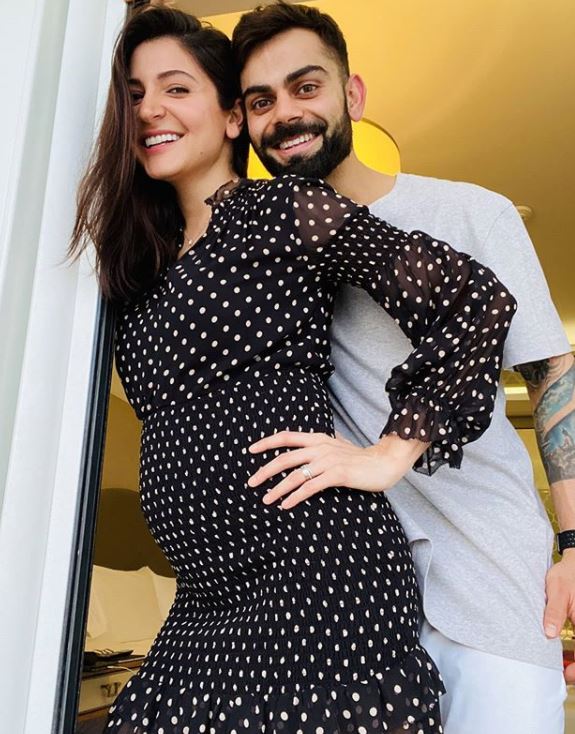 Some time ago, according to the reports flashed in Pinkvilla, it was revealed that Anushka Sharma had dropped out of Prabhas starring Adipurush. The film was expected to start by the end of April 2021, post-delivering her child. Pinkvilla had quoted its trade source as saying, "Anushka is raring to resume work immediately post her pregnancy and there will be big announcements in place as and when the time is appropriate but Adipurush definitely doesn't feature in her plans. She was not involved in the project at all and thus, she is definitely not doing the film. There has been no discussion on anything about this film right from the script to the dates with her." (Don't Miss: Dimpy Ganguly's Six-Month-Old Baby Boy, Aryaan Roy Goes Swimming In Maldives For The First Time)

Well, we're very excited about the arrival of the junior Kohli! Are you?