Dimpy Ganguly is enjoying her beach holidays with her family. Check out as she shares her six-month-old son, Aryaan Roy's first swimming pictures!

A mother plays many roles in her child's life! From being a cook to being a best friend and a first teacher, she keeps on switching between these roles, and yet she never gets tired of taking care of her baby. For a mom, her child's every first thing holds a big importance and she wants to record their every big or small achievement. And television's famous personality, Dimpy Ganguly is a perfect example of a 'mommy bear'. She often shares snippets of her kids' life with her Instagram family. (Recommend Read: From Neighbours To Soulmates: Untold Love Story Of Dhirubhai Ambani's Daughter, Deepti And Duttaraj)

Currently, Dimpy is enjoying her time in Maldives with her family. She had shared glimpses of her vacation on her IG stories. In the first picture, we could see her kids all ready for their vacation, in the other picture, we could see Dimpy posing with her kids as she had carried her son, Aryaan while Reanna was sitting next to her. Dimpy had also shared pictures from the hotel, where they are staying for their vacation. 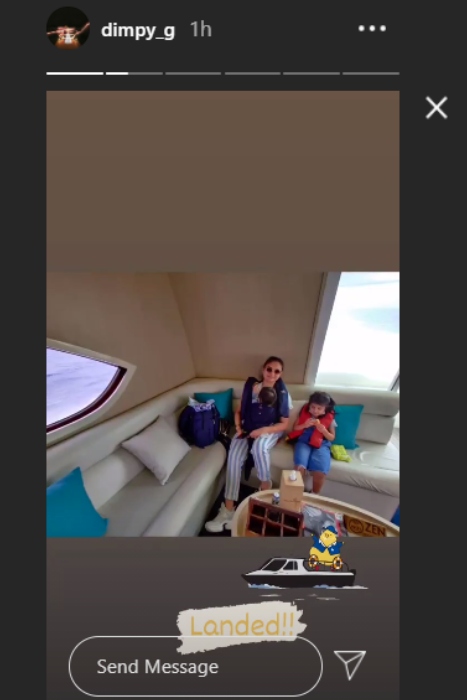 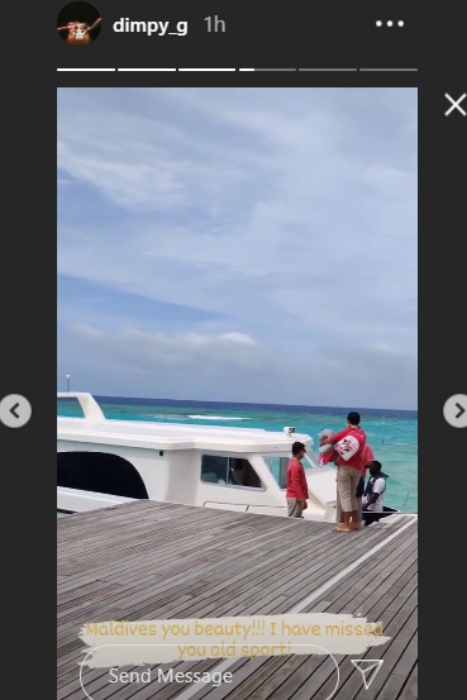 On October 18, 2020, Dimpy took to her Instagram handle and posted a couple of pictures of her six-month-old baby learning to swim. In one of the pictures, we spotted Aryaan donning a blue coloure ensemble and trying to swim in the pool, while in the other, we spotted Dimpy posing with him. Alongside the pictures, she wrote, "Spotted, a baby dinosaur having a roarsome adventure with his mommy." Check it out below: 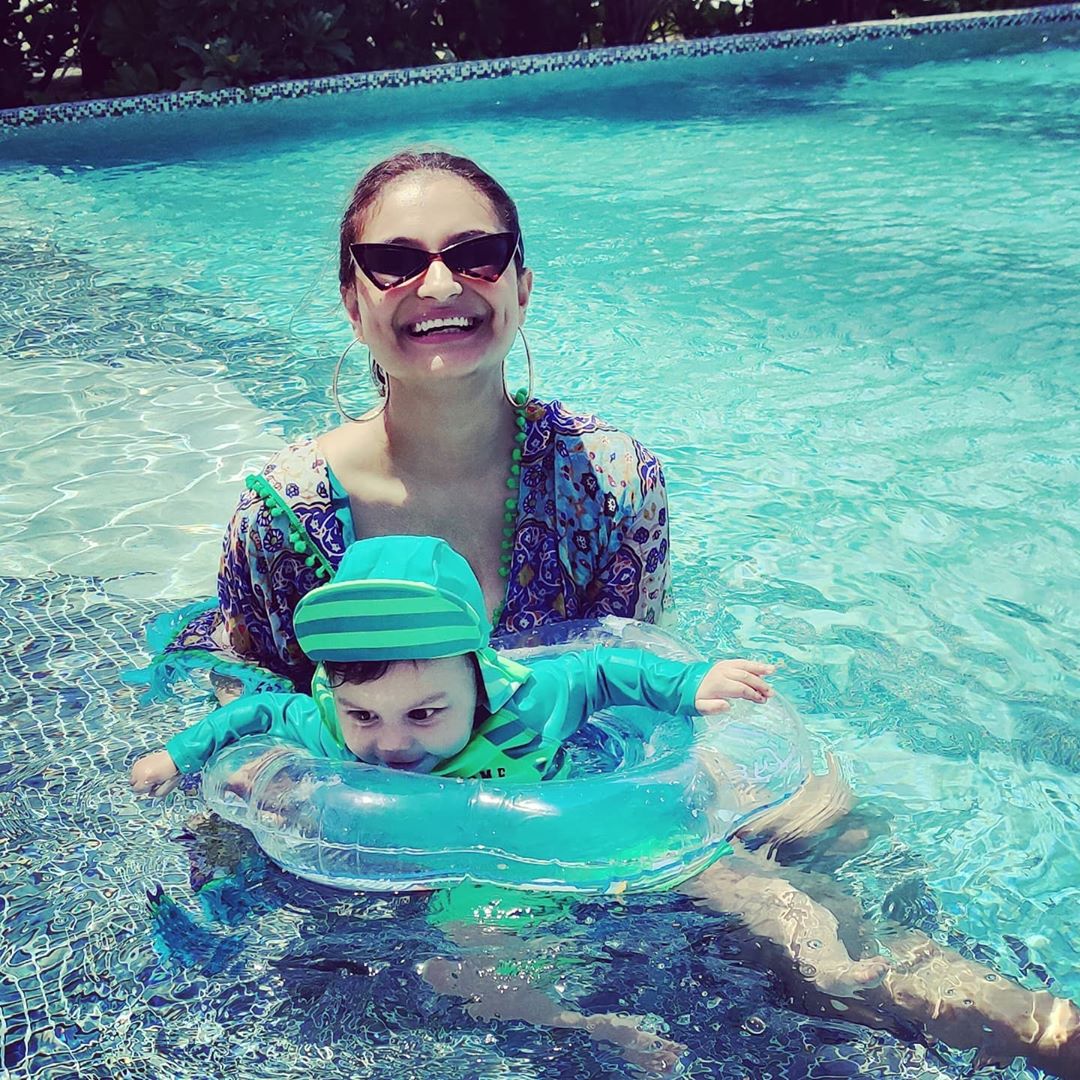 Dimpy also shared pictures of her hubby, Rohit and daughter, Reanna are upto. The actress posted a picture of the daddy-daughter duo on her IG stories, wherein we can see them all set for a boat adventure. They were donning saftey jackets were all ready to enjoy their day. (Also Read: Hema Malini And Dharmendra Look Worried In This Unseen Picture From Daughter, Esha Deol's Wedding)

Last year, on November 30, 2019, Dimpy had shared the news that her daughter, Reanna, is soon going to be a didi. She had taken to her Instagram handle and shared a picture flaunting her baby bump. Alongside the picture, Dimpy had written, "Being a mother has been one of my biggest achievements and I wear it like a badge because I take my job very seriously. I am giving shape to the future generation, and I feel responsible for it. My role as a nurturer has paid me back in ways I couldn't even imagine. Destiny has decided to bless me yet again and I couldn't have been more happier." 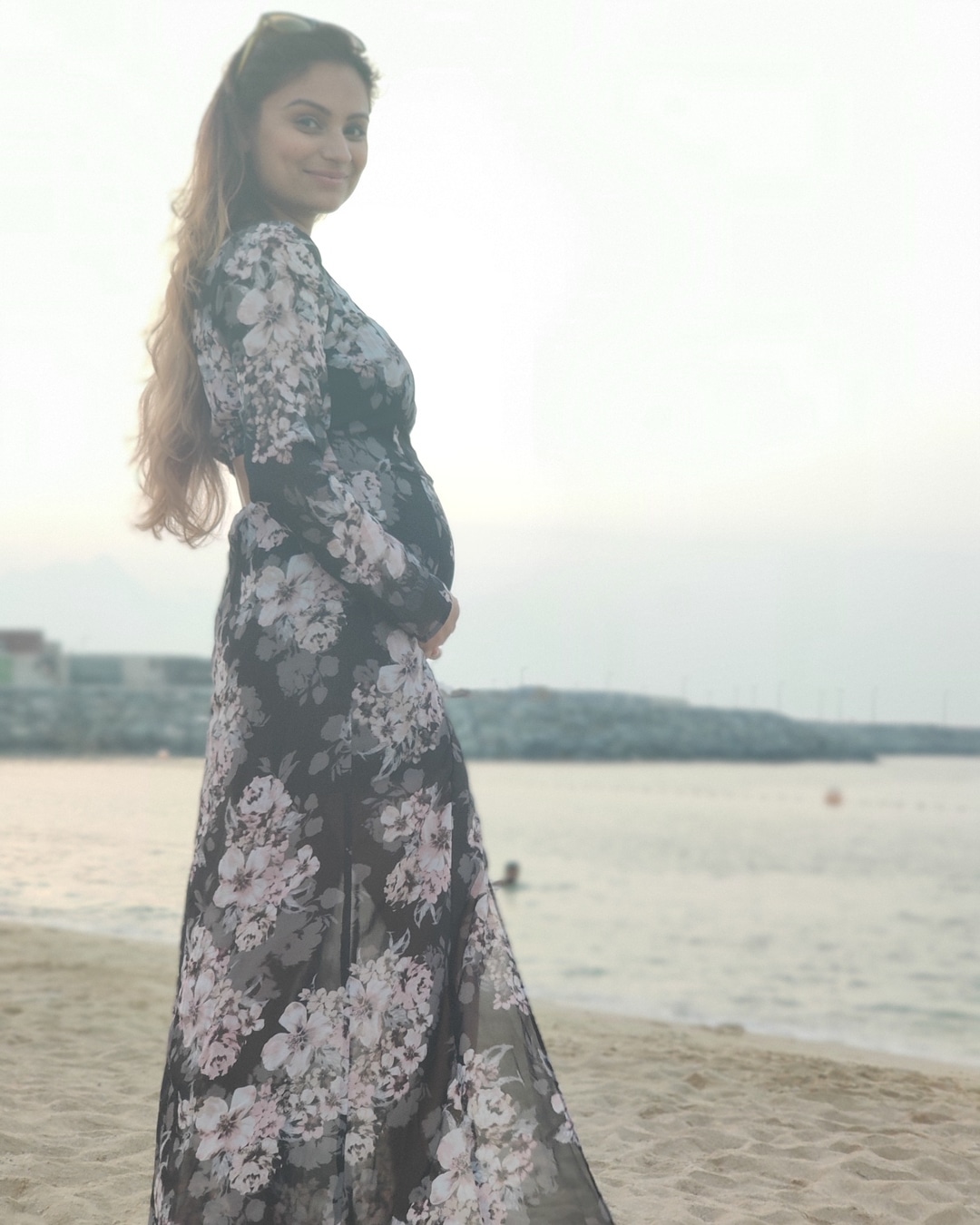 For those who don't know, Dimpy Ganguly and Rohit Roy had tied the knot on November 27, 2015, in Kolkata. In June 2016, they had welcomed their first baby girl, whom they have lovingly named, 'Reanna'. The duo has known each other since childhood, and Dimpy even had a crush on Rohit. However, they had lost contact with each other, but in 2013, Dimpy had accidentally met Rohit in Dubai that was the start of their magical love story. (Don't Miss: Samantha Akkineni Revealed The Best Gift She Had Received From Naga Chaitanya And It's Too Adorable)