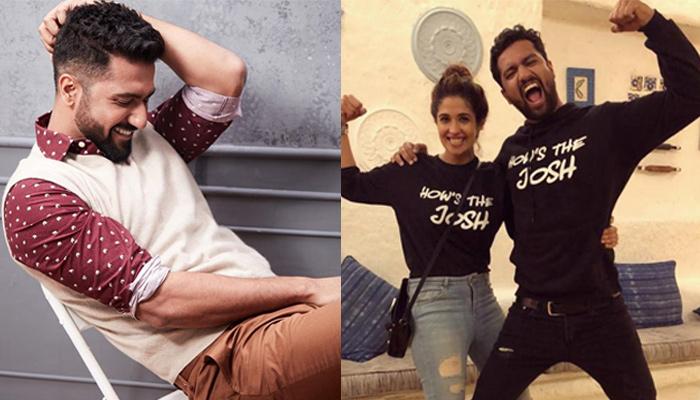 In a year’s time, this man has managed to carve a deep niche in the hearts of his audience! Be it his choice of roles, performances, looks or the way he carries himself, Vicky Kaushal is the latest heartthrob of the sensation! If you are with your girl gang, we bet you yourself would, or you would hear a friend saying to one another, “Why is Vicky Kaushal so hot?” (Do Read: Shahid Kapoor Comments On Baby Misha Kapoor's New Hair Colour, And It's Funny Beyond Words)

Millions of hearts were shattered when shutterbugs first captured Vicky going on a lunch date with Harleen Sethi. This was soon followed by his first-ever revelation about his ‘not so rumoured anymore’ girlfriend, Harleen Sethi at Koffee With Karan season 6. Remember when Karan Johar asked Vicky if he is a ‘good boy’ or a ‘ladies’ man and also if he is in a relationship, revealing the same, Vicky simply nodded and indicated that he is in a relationship. When KJo further asked Vicky to share more details about it and whether his relationship is a serious one, the Raazi star’s one-liner crisp reply said it all! He was quoted as saying, “Let's see what happens. It's new.”

And once again, at Famously Filmfare hosted by its editor, Jitesh Pillai, Vicky got all candid about how love brewed between him and Harleen. In the talk show, he shared that it all started last year. The duo met through common friends and as per the actor, it felt right from the very beginning. He also shared that it is beautiful to know each other and that they have never questioned it. As per the URI actor, “whatever happened, happened in a very organic way.” He further revealed that they enjoy each other’s company and that they are each other’s biggest critics. Finally, some revelation peeps! 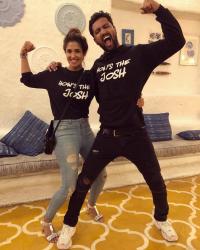 In an interview with MensXP, Harleen dropped every possible hint about her relationship with Vicky and had stated, “We share a good bond, there is a kind of comfort level we have that is wonderful.” In yet another interview with SpotboyE, she had shared, “I just want to say that we share a very good comfort level. And we are getting to know each other. Par usse aage kuch nahi bolna chahungi main.” 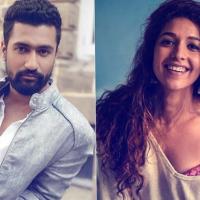 Speaking about Vicky, the actor’s love life seems to be at peace at this point in time but this was not always the case with him. Years back, the Sanju star had a bad breakup which compelled him to turn to a poet. In a chat show, the actor shared interesting details on his life, love and breakups. Although Vicky didn’t name anyone, but sharing his own story, he indicated that everyone has their own way of dealing up with breakups. He had shared, “I think it is the only time when I turned into a poet. Every break-up story is great, you start hearing sad songs. Chalo ek baar fir se hum ajnabeei banjaye..” (Must Read: Rajinikanth's Daughter, Soundarya Looked Dreamy In Pink Abu Jani-Sandeep Khosla Saree At Her Wedding) 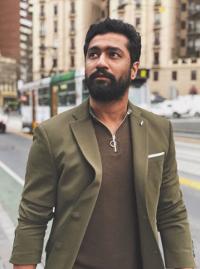 However, Harleen has a different way of dealing with the same. She was quoted as saying in an interview, “See jab bhi kisi ka heartbreak hota hai uss time pe lagta hai duniya khatam hogayi hai. And I think it’s a similar case with all of us. When a person with whom you have seen dream together leaves, you definitely feel ‘chhan se jo toote koi sapna, jagg soona soona laage.’ But it depends on how you choose to move on. And Harleen has become samajhdaar with time, so will deal with it in a better way.” 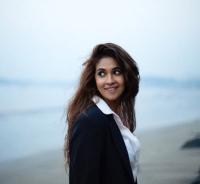 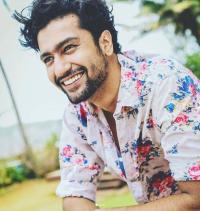 The charmer was also asked if marriage was anytime soon on the cards for him. To which he retorted, “Well, I have asked my parents for 3-4 years. I am just 29 after all and have a career to make. But I feel very positive about the institution of marriage. Laddu abhi khaya nahi phir bhi laddu toh laddu hi lagega. But I feel it always work as a strength to have a companion in life who you can depend on. I like the thought of it. Jab Shaadi karunga tab ek aur interview karunga and I will tell you if marriage is La La Land”. (Also Read: Srishty Rode-Rohit Suchanti Dine Out Together Amidst Dating Rumours,Teejay, Urvashi Also Join (Pics))

Guys, how do you like Vicky and Harleen’s jodi? Keep us posted!