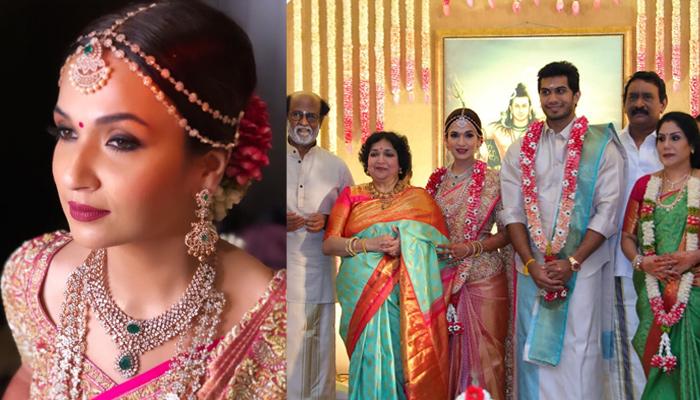 Wrong are those people who say that love can happen only once! While nothing can be better if love knocks at your doorstep just once and you get to spend an eternity with him/her, but in case you don’t, love can definitely happen twice! Similar is the situation with one of the biggest superstars of the world, Thalaiva, a.k.a, Rajinikant’s second daughter, Soundarya. The beautiful star daughter got married to the love of her life, actor-fiancé, Vishagan Vanangamudi yesterday, on February 11, 2019. (Do Read: Mohena Singh's YRKKH Co-Stars Mohsin Khan, Shivangi Joshi And Rishi Dev Danced At Her Engagement)

A couple of pictures from their wedding went viral on the internet in no time and needless to say, Soundarya looked resplendent as a bride. Yesterday, we brought to you, a few pictures and videos from Soundarya and Vishagan’s wedding, and we could totally decipher the amount of fun and happiness which Soundarya brought in her and her parent’s life. In case you missed the same, check out of the picture from her wedding. 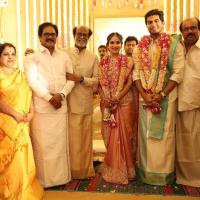 While you still might be going all gaga over how beautiful the newbie bride looked, don’t you want to know which designer she opted for her pre-wedding and wedding saree? Celebrity designer, Abu Jani and Sandeep Khosla had put together all the beautiful sarees that you saw her donning, for her wedding. For her ‘big day’, Soundarya wore a pink Kanjeevaram silk saree and traditional South Indian matha patti on her forehead. What further accentuated her look was her traditional South Indian jewellery and raspberry lipstick. Checkout a few unseen pictures of the glowing bride-to-be: 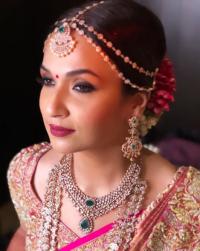 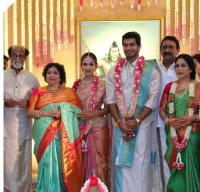 For the uninitiated, this is Soundarya’s second marriage. She was previously married to businessman, Ashwin Ram Kumar. After 7 years of marital bond, the couple parted ways citing the reasons to be irreconcilable differences. Ever since, the 34-year-old ‘not so single anymore’ mom, had been living with her parents and 5-year-old son in Chennai. (Must Read: 'Baa Bahoo Aur Baby' Actress Benaf Dadachandji Gets Married To Her Long-Time Boyfriend, Norman Lou)

In an interview, Soundarya spoke about her father, Rajinikanth’s reaction to her divorce, “I don’t wish to discuss it. Whatever decision has been taken wasn’t overnight and was after a lot of thought. It’s a very big decision.” When asked how her superstar father reacted to her decision, she revealed, “He is a very supportive father and at the end of the day, he wants his child to be happy, he was the first person to say, ‘Do what is right !” She further talked about the balancing act and handling her child as a single parent, she was quoted as saying, “That is what life is all about. Life is about balancing and I love doing it. I spend plenty of time with my baby and always make sure I am with him for his meals and I take him to school. I have to thank my mother for making this happen for me, she’s a wonderful grandmother and loves her role to bits.” 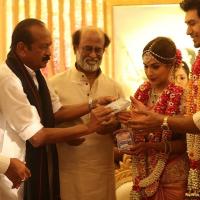 In another interview, Soundarya talked about her father and how he was while growing up, and said, “He’s the best dad anyone can have and I am grateful for that. But truth be told, we {my sister, Aishwarya, and I} get to see dad more now than while we were growing up. Then, he was super busy — he was doing multi-language films and had seven to eight releases every year. But whenever he had time, he ensured that we had the perfect childhood.” 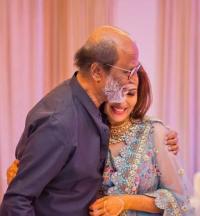 She further went on to say, “There’s one memorable outing I’ll never forget. It was in 2002, and he suddenly wanted to take me and a friend out for a drive. Appa has a trick while going to public places — he goes into crowds and heads out before anyone realises it’s him. So, that evening, he wore a muffler and we went to Marina Beach. We were just walking on the sand when we came across a stall that had cut-outs of movie stars… and you could pose for a photograph with them. Appa asked me if I wanted to take one and I gleefully did — posing next to the cut-out of… Rajinikanth. The guy taking the picture had no clue that the actor was standing right there!” (Also Read: Ekta Kapoor Hosts Naamkaran Ceremony For Newborn Son Ravie Kapoor, Celebs Arrived To Bless The Baby) 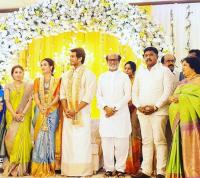 Soundarya, we couldn’t be happier for you! Wish you, Vishagan and Ved a lifetime of happiness!