Vicky Kaushal has been in the news for his alleged breakup with actress, Harleen Sethi. Rumour mills are abuzz by the speculations of Vicky dating Katrina Kaif. Let’s scroll to find out. Saara jag chad ke bas tenu hi hai chuneya… Not only this song has given us goosebumps, the one in it had rather made every girl go crazy! The new chocolate boy on the block, Vicky Kaushal is riding on cloud nine with an array of successful films to his credit. The actor, who had made his Bollywood debut in 2015 with the film, Masaan, has proved his versatility as an actor over the years. He became critics’ favourite overnight. And now with his blockbuster hit, Uri: The Surgical Strike, Vicky is counted among one of the top notched actors of Bollywood. (Also Read: Paras Chhabra, Mahira Sharma And Shehnaaz Gill: New Love Triangle in Bigg Boss 13?)

While Vicky Kaushal’s professional life has been steady, his personal life has garnered much attention. The Raazi actor had always been in the news for his relationship speculations. Rumour mills were abuzz with Vicky dating Harleen Sethi. Neither of the two ever accepted their relationship in public. After some time, their breakup rumours spread like wildfire and it was speculated that Vicky is dating somebody else from the Bollywood industry. 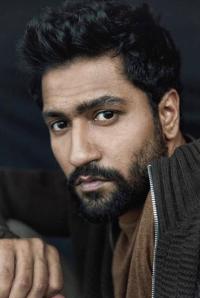 Vicky Kaushal was also associated with Bhumi Pednekar and Beyond the Clouds star, Malavika Mohanan. The latest speculation to join the bandwagon is that Katrina Kaif is the reason for his split with Harleen Sethi. It was also rumoured that Katrina and Vicky have been spotted together quite often. The allegedly linked actors are also rumoured to be doing a film together.

However, none of the two actors has acknowledged the same. Contrary to the reports, one of Vicky’s friends has revealed to ETimes, “Katrina and Vicky are very much single and are not dating. The couple flirts when they meet, but there is nothing serious going on between the two. Contrary to reports, Vicky and Katrina are not in a relationship.”

During an award show, Vicky Kaushal and Katrina Kaif were together on-stage to present the award when Vicky, who had confessed that he has a huge crush on Katrina, had grabbed the opportunity and had said, "Why don't you find a nice boy like Vicky Kaushal and get married to him?" He had further explained, "The season of weddings is on, so I thought, you too would want to do the same and so I thought I ought to ask you." 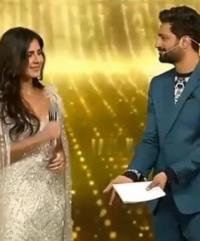 The rumours of Vicky Kaushal dating Katrina Kaif had begun when his ex-girlfriend, Harleen Sethi unfollowed him on Instagram. It was rumoured that Katrina was the reason for the same. However, a source close to Vicky had revealed, “It is true that the couple's relationship is going through a rough patch. They are working on some issues. However, it is not over between them. Vicky and Harleen have kept their personal life private so far and are amused by these stories of Katrina Kaif driving a wedge between them. Yes, there are problems but that's part and parcel of every relationship."  (Also Read: Kapil Sharma's Mom Reveals Whom Will He Choose First Between His Mother And His Wife, Ginni Chatrath) 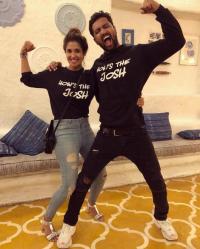 For some time, it was also rumoured that Vicky was dating Malavika Mohanan of Beyond The Clouds fame. Vicky had visited the actress’ home for dinner dates and Malavika has also posted the same on her Instagram. Malavika, in her Instagram stories, had revealed that Vicky and his brother, Sunny Kaushal had visited her home to have dinner. Reacting to this, a source close to the actor had revealed, "Vicky, Sunny, Malavika and her brother have known each other since they were children. They enjoy each other's company and bond real well. But Vicky and Malavika apparently, have become extremely close. Sunny and Malavika are also good friends. In Mumbai, no matter how busy he is, he will make it a point to drop in for lunch or dinner at Malavika’s home, where she stays with her parents and brother. Now it seems that their relationship is becoming stronger and developing into something more intimate."

In a 2018 interview with The Times of India, Vicky Kaushal had talked about love and had shared, “Love hasn’t changed and it never will, no matter what kind of a society we become. You will still feel the butterflies in your stomach when you meet that special person for the first time, when you feel differently for that one person in the room, when you can’t take your eyes and thoughts off him/her. It doesn’t matter how new or old school you are. However, with time and exposure, the social fabric changes. So, while love remains the same, our approach towards it changes.”  (Also Read: Ibrahim Ali Khan Reveals His Equation With Father, Saif Ali Khan, Considers Him As His Mentor) 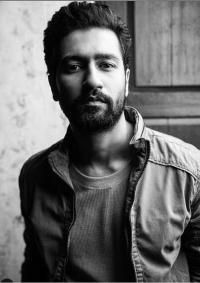