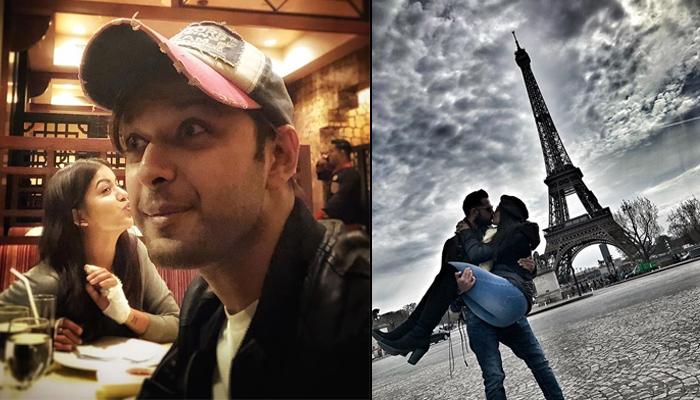 Who wouldn’t have dreamt of roaming around with the one you love the most in the city of love, Paris? Newly-weds Vatsal Sheth and Ishita Dutta are living their dream and making the most of it on their vacation. Or we can call it their second honeymoon!

The lovebirds took out time from their busy schedules and are exploring the cities of Europe. Ishita and Vatsal went on a four-day-long honeymoon in Singapore after their wedding on November 28, 2017. And now, Europe it is for them! Sharing a priceless picture of their romantic moment on his official Instagram page, Vatsal captioned the pic with the hashtags. 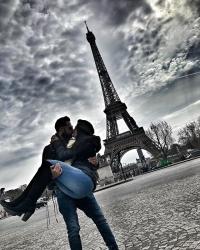 In the picture, Vatsal and Ishita sealed their love with a kiss under the Eiffel Tower. Vatsal used the hashtags, no caption needed, love, love is in the air, city of love, Eiffel tower, shot of the day, shot of the century, priceless, shot on iPhone X. His dear wifey, Ishita reposted the same picture on her official Instagram account and captioned it with hearts. Isn't this just too romantic?

Vatsal Sheth and Ishita Dutta walked down the aisle in an intimate ceremony on November 28, 2017. It was a private temple wedding at the ISKCON Temple and only their closed ones knew about it. Sharing the news with their fans, Vatsal posted a picture from their wedding on Insta and captioned it, “Ishita & I got married today in small and a private ceremony... Need all your love and blessings.” (Also Read: Taimur Ali Khan And Inaaya Naumi Kemmu Twinning In Red And White Stripes, Pictures Inside!)

When asked Ishita about their secret engagement and wedding, she was quoted as saying, “Our engagement and wedding were planned months ago, but we decided not to talk about it. For me, the only thing that mattered was getting married in the presence of my family and very close friends. We did not want a big fat wedding.” Talking about being married, she stated, “It feels good to be married. For now, I just want to spend some quality time with Vatsal before I get back to work.” (Also Read: On Marriage Plans With Puneesh, Bandgi Says What's The Point Of Marriage, Here's Her Reason) 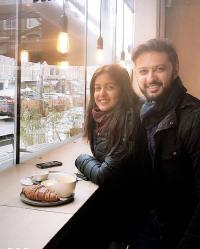 And her hubby, Vatsal said, “I have always wanted to marry the right woman, no matter how long it took. With Ishita by my side, I feel that my life is complete.” Sharing how and when they fell in love with each other, Vatsal remarked, “Nobody is going to believe us, but we did not fall in love on the sets of our show [Rishton Ka Saudagar – Baazigar]. The reports that while shooting for it we would spend a lot of time inside the van and all are not true. Our feelings developed when we started meeting after the show got over and became really good friends.” (Also Read: Urmila Matondkar Talks About Her Secret Marriage, Says She Has Always Been A Private Person) 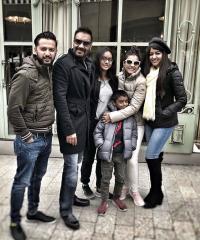 The buzz was that while shooting for the show Rishton Ka Saudagar – Baazigar, the makers made them sign a ‘no-dating clause’. But gradually Vatsal and Ishita got struck by the cupid, fell in love and tried to hide it from everyone. And rest as it is said is history! Coming back to their marriage, Vatsal revealed why it was a simple wedding for them. 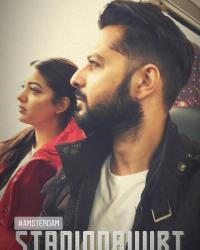 He retorted, “Marriage is sacred, and I did not want to make an event out of it. Also, we weren’t making marriage plans for long. It was a sudden affair, only few of my friends and relatives knew about it. I also prefer keeping my personal and professional life separate and made sure that my work is not hampered. So, I just took three days off from my show, even my co-stars and makers of the show did not have any clue.” (Also Read: Ayushmann Khurrana Believes His Wife Tahira Would Have Left Him If All His Films Had Been Successful) 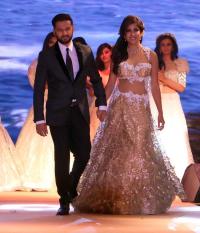 Aren’t their beautiful Europe honeymoon pictures making you wish to plan a vacation soon with your spouse?

Next Read: Mini Mathur Recalls The Time When She Introduced Her Then BF, Kabir Khan To Her Dad