Urvashi Dholakia is all set to make her mark on 'Nach Baliye 9' and has finally confirmed her ex, Anuj Sachdeva as her partner. Read what her family thinks about it. 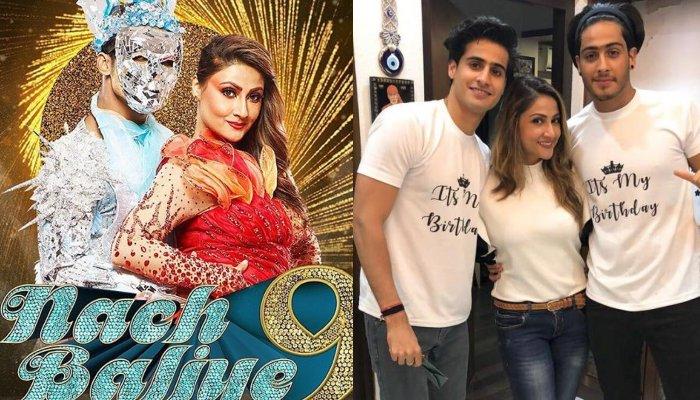 Naa Sharma Mere Maahi, Duniya Ki Naa Soche… Nach Baliye… Lootege Wah Wahi… Chal Rang Jama De... Nach Baliye- is what we are eagerly waiting to hear and probably do a merry jig too, on July 19, 2019. Our favourite dance reality show, this time produced by Salman Khan is coming with its own unique theme of 5 ex-celeb couple and 5 real-life couples. We have a list of probable stars participating in the show this year and most of them are seen dancing with a masked partner. And the same was the case with telly town’s favourite vamp, Komolika, a.k.a., Urvashi Dholakia.

Urvashi Dholakia is all set to make her mark on Nach Baliye 9. She often keeps on sharing glimpses of her wearing a surreal layered fiery orange dress, wherein she is dancing in the spotlight with a masked partner. In fact, just five days back, she posted yet another picture of her looking ravishing in the same dress, with her hand on her then ‘still not confirmed’ ex’s chest. But her partner’s face was covered with a GIF which had the words “Guess who?” written on it. The picture was captioned as, “Countdown begins .... watch who is my Baliye after all on 19th July 2019 only on @starplus #nachbaliye9 #comedancewithme.”

And after many speculations, Urvashi Dholakia has finally confirmed that her ‘masked partner’ is none other than her once ex-beau, Anuj Sachdeva! Yes, in a latest interview with SpotboyE, Urvashi revealed that her family is extremely happy and supportive about the fact that she is appearing on the reality show with her ex. She stated, “They were extremely happy about it. My kids and my mother have been very supportive because they know whatever decision I make, as far as career goes, it has never really backfired.” 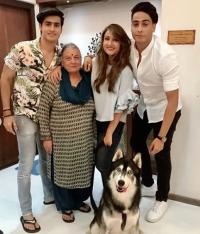 Urvashi Dholakia also revealed her first reaction when the makers of Nach Baliye 9 had approached her to participate in the show with her ex-lover, Anuj Sachdeva. The 40-year-old stunner revealed, “My reaction was very normal. In fact, you will be surprised to know that I immediately said ‘yes’. I believe that when we can work with strangers, why it should be difficult to work with someone you have known for so long.” 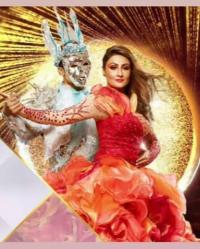 Urvashi Dholakia also revealed in the same interview as to why she and her then-boyfriend, Anuj Sachdeva had never accepted their relationship in public. She said, “I never accepted because once you do, a lot of speculations about your relationship start. People talk what they want to and by the time it's the couple's turn to speak on it, they are probably not in the mood to or they never get a chance to. Also, I have been very private about my personal life and thankfully the media has respected it. But now, when I finally have an opportunity to vent my heart, I am coming to you guys to do the khulaasa and tell the world, "Yeh lo ji, yeh hain humare Ex." (Must Read: Urvashi Dholakia Spends Time With Ex, Anuj Sachdeva's Parents, Amidst The Reports Of Their Cold War) Anuj Sachdeva and Urvashi Dholakia were in a blissful relationship but the former's mother’s apparently didn’t approve of it because Urvashi was older than him and had two kids. In a 2013 interview with the TOI, Anuj had talked about his and Urvashi’s relationship. He had shared. “I am very much single. I am looking for a perfect match for me. I would never say that Urvashi and I were dating. I have never spoken about her. We both respect and care about each other. I speak to many girls, but that doesn’t mean I am dating all of them.” 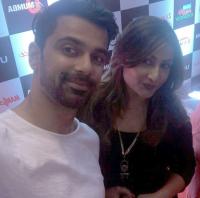 Urvashi Dholakia has had a tough time bringing up both her boys single-handedly because she had gotten divorced just a year after her marriage. In a 2016 interview with the HT, the Dekh Bhai Dekh actress had revealed, “Being a single mother was difficult. People tell me how I don’t look like a mother and how I haven’t aged. It’s amusing. Why will I age? I am 37. Many harp over the fact that I had my sons when I was 17. But what is the big deal? I take these comments in a positive way. I am proud of my journey, which has been a long one.” 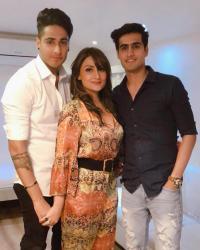 Urvashi Dholakia had also shared if the thought of remarrying ever came to her, “People had me getting in and out of relationships. I read the reports and found them funny. I was once linked to an industrialist. I wanted to say, “Please introduce me to him.” Jokes apart, I was busy working. Being a single mom and taking care of my family took up a lot of my time. I had responsibilities and I didn’t have the time to think about my personal life. I have never hidden anything, so why would I hide a relationship? My boys and my family are my priority.” (Also Read: Pooja Ghai Shares The First Full Family Picture From Her Wedding With Nowshir, They Look So Happy) 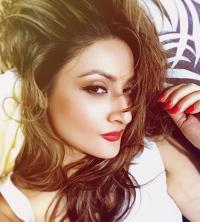 Now that it’s all confirmed, here’s wishing Urvashi and Anuj all the very best for Nach Baliye 9!