Unseen Picture Of Tina Ambani As Gujarati Bride, Wearing Panetar, From Her Wedding With Anil Ambani

How can we forget the lovely union of Anil Ambani and Tina Munim and their beautiful love story? Recently, we stumbled upon an unseen picture of Tina with her mother from her wedding.

When we hear the word ‘Ambani’, we start to expect everything grand, magnificent, impressive, splendid and awe-inspiring. All these words perfectly describe the Ambanis! Whether there is a festival or a wedding in the family, the Ambani clan has always given major goals to everybody out there. One glance at the family and we can’t stop ourselves from saying #FamilyGoals! Through thick and think, the family has been close-knitted and proved that no matter what the situation is they will always be by each other's side..

With movies like Jigarwala, Saat Bijliyaan, Kaamaaagni, Muqadar Ka Faisal, Tina Munim had given some extraordinary performances and needless to say, she had made everyone her fan. Love comes when you least expect it and the same thing had happened with Tina. Tina had her own identity and was considered as one of the finest actresses of Bollywood with brilliant screen timing and appearance. Tina is now happily married to Anil Ambani and are proud parents of two wonderful kids.

Tina Munim hailed from a conventional Gujrati family and Anil Ambani is from a rooted Gujrat Family. From being total strangers to life partners, their love story is nothing less than a fairytale. But before we tell you more about their unconventional love story, let us share with you an unseen picture from their wedding. Internet is flooded with Ambanis family pictures, childhood pictures and whatnot, but recently, we stumbled upon an unseen picture of Tina with her mother, Meenakshi Munim from her wedding. In the picture, Tina can be seen engrossed in some discussion with her mother and we love how pretty she had looked on her wedding day.

Here’s the picture for you: Jab Aap Kisi Cheez Ko Shiddat Se Paaney Ki Koshish Karo, To Puri Kayanat Ussey Aapse Milaane Me Lag Jaati Hai- the famous dialogue from the movie, Om Shanti Om perfectly fits on Anil Ambani and Tina Munim’s love story. The duo’s love story includes lots of chasing, denial from the family, and a lot of hiccups but finally became one another’s in February 1991. It was not a love at first sight for Anil, when he had first seen Tina at a wedding. But what had caught his attention was the colour of her saree which she was wearing at the wedding. Tina had worn a black-coloured saree at the function and she was the only person who was wearing that colour. 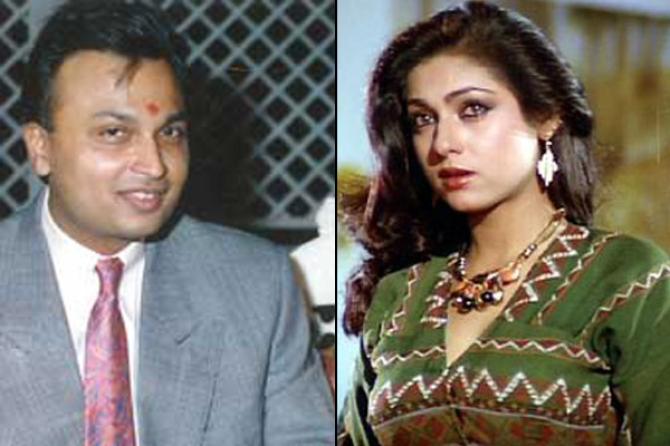 Do you know when Anil Ambani had confessed his love for Tina Munim, she had declined his proposal? Yes, Tina had politely declined Anil’s offer. After their first meeting, the duo had met in Philadelphia and he had asked her out, but she was a star back then and was used to such proposal and hence, declined Anil’s proposal. During the talk show, Rendezvous with Simi Garewal, Tina had talked about their first meeting and had said, “The first time I met him, I was quite struck by his simplicity. I found him very upfront and genuine. He was unlike the other men I had met because most of the guys I met were from films. Also, we spoke the same language, not literally, but we were brought up in a similar manner." Anil Ambani too had talked about his feelings on the same show and had said, “When you meet someone from the film fraternity, you have certain notions about them. I have known many people from that industry, but she is just different. The attraction came about only after I met her.” Anil’s family was not pleased with his relationship with Tina and had opposed it. Anil had tried to break their notion about a girl from the film industry and tried to convince them that Tina is a simple girl, and everything had gone in vain. The duo had initially ended their relationship due to family pressure and didn’t talk to each other for 4 years. 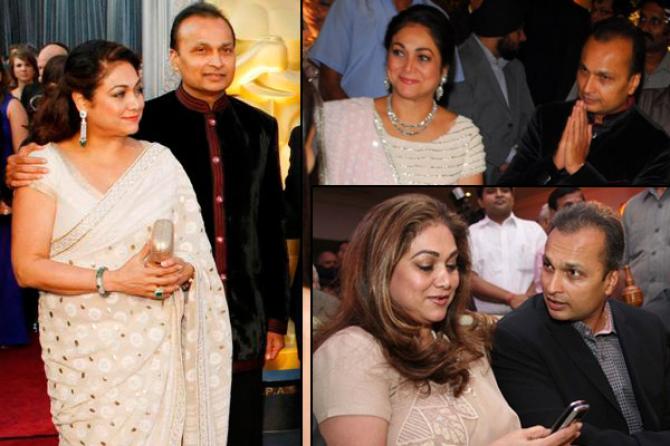 After a lot of convincing Ambanis had given a nod to their relationship and Anil had shared the news with Tina while she was in Los Angeles to know when she was coming back. Tina had kept saying she would be back "soon", but since she had no friends in the film industry anymore, she kept postponing her plans. Every week, she had kept on promising him that she will be back the following week. When it did not happen for six weeks, Anil had told her that if she does not come now, he would not call her again. In the interview with Simi Grewal, Tina had revealed, “That was when I realised that something is going on and I shouldn't miss this. Now, I should go back, and that following week, I came back.” After a dream proposal, Anil Ambani and Tina Munim were pronounced ‘Husband and Wife’ in February 1991 and their wedding was a grand affair. The duo had tied the knot in a traditional Gujrati style, and it was surreal! During the interaction with Simi Grewal, when Tina was asked how she feels to be living in a joint family, she had said, “I have all the freedom that I want. If at all there is a restriction, it has been put by myself. I believe that in our culture, our society, it's not only the guy you are getting married to. The family is part of the marriage. And, I was brought up like that so this hasn't been difficult for me.”

(Do Read: Prince Narula And Yuvika Chaudhary's Vacation Pictures From Bali Are Nothing But Vacation Goals) “Lots of happiness, two beautiful children, a wonderful marriage”- this is how Anil and Tina sum up their marriage!