Nita Ambani and Mukesh Ambani's love story is what dreams are made of! From being a beautiful dancer to Ambani's bahu, the lady of the house has always personified grace.

He was young, modest and wanted to have a business of his own. She was intelligent, beautiful and ambitious. Both were introduced to each other and finally, they fell in love to have a happy married life. We are talking about one of the richest men in Asia and the eighteenth richest man of the world (January, Forbes), Mukesh Ambani who would not mind a traffic jam to woo his lady Nita Ambani. Let’s unfold the famous couple’s love story. It all started with the roles of parents. Nita left an impression on Dhirubhai Ambani and Kokilaben long before she met their son Mukesh. Before meeting the prospective guy, she was already his parent’s choice. Mukesh Ambani’s parents liked Nita’s Bharatnatyam show and that was a lasting impression. Dhirubhai was just unwavering to have Nita as his daughter-in-law. 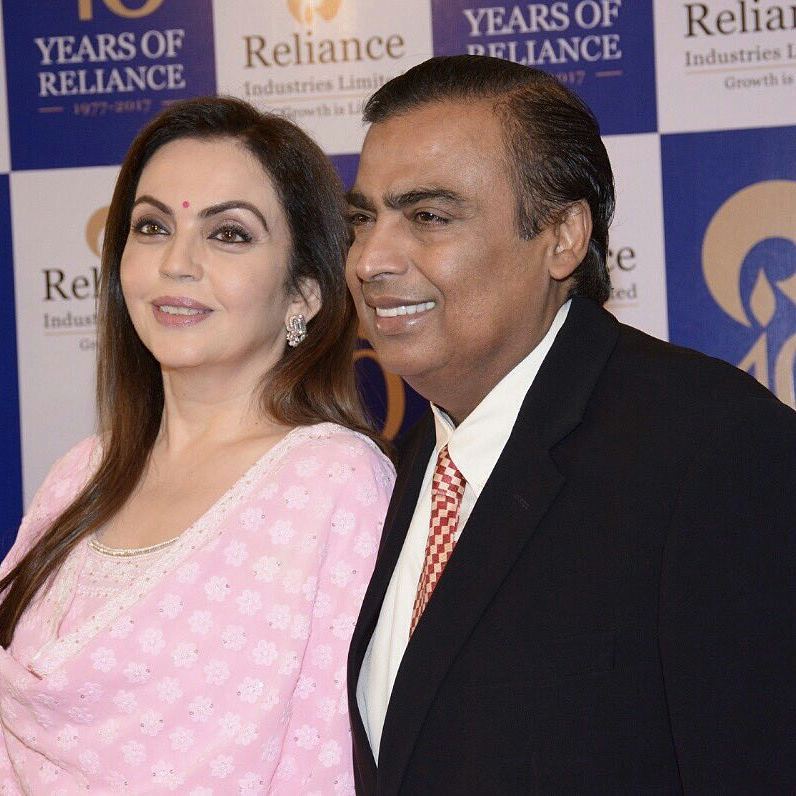 Young Nita expressed her personality and won Ambani’s heart with her dancing skills. Well, there is something else she worked hard for and that was teaching. In fact, she never left that passion and hobby and still runs Dhirubhai's school. After being approached with a proposal to marry Mukesh, the middle-class Nita did not feel on top of the world. She remained grounded and had her own conditions. She never entered the wedlock for Ambani’s wealth and status.

The phone bell that led to wedding bells 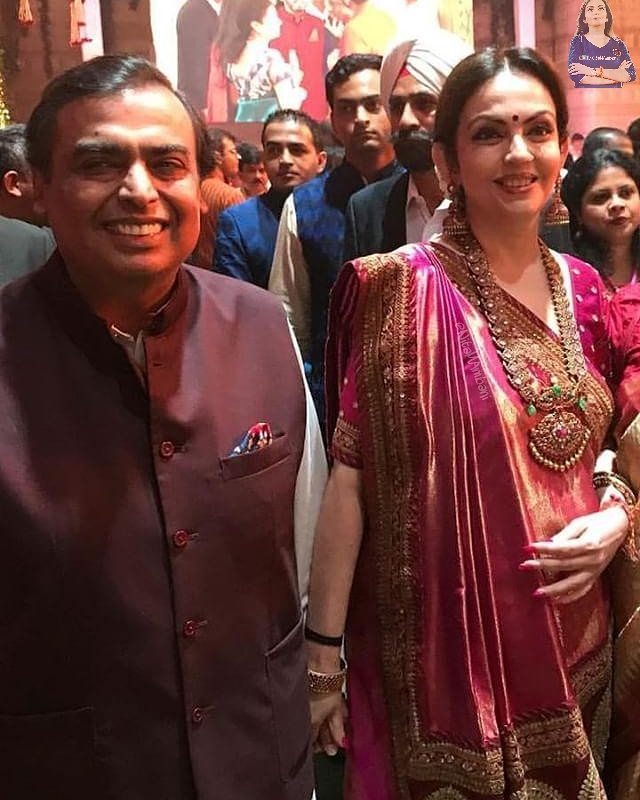 Quite traditionally, it was father Dhirubhai who asked for the girl’s hand in marriage. He called up Nita and introduced himself which Nita did not believe at first. Finally, he spoke to her father and discussed the matter. He asked his father for Nita’s hand and after the acceptance, Nita’s and Mukesh’s courtship began. 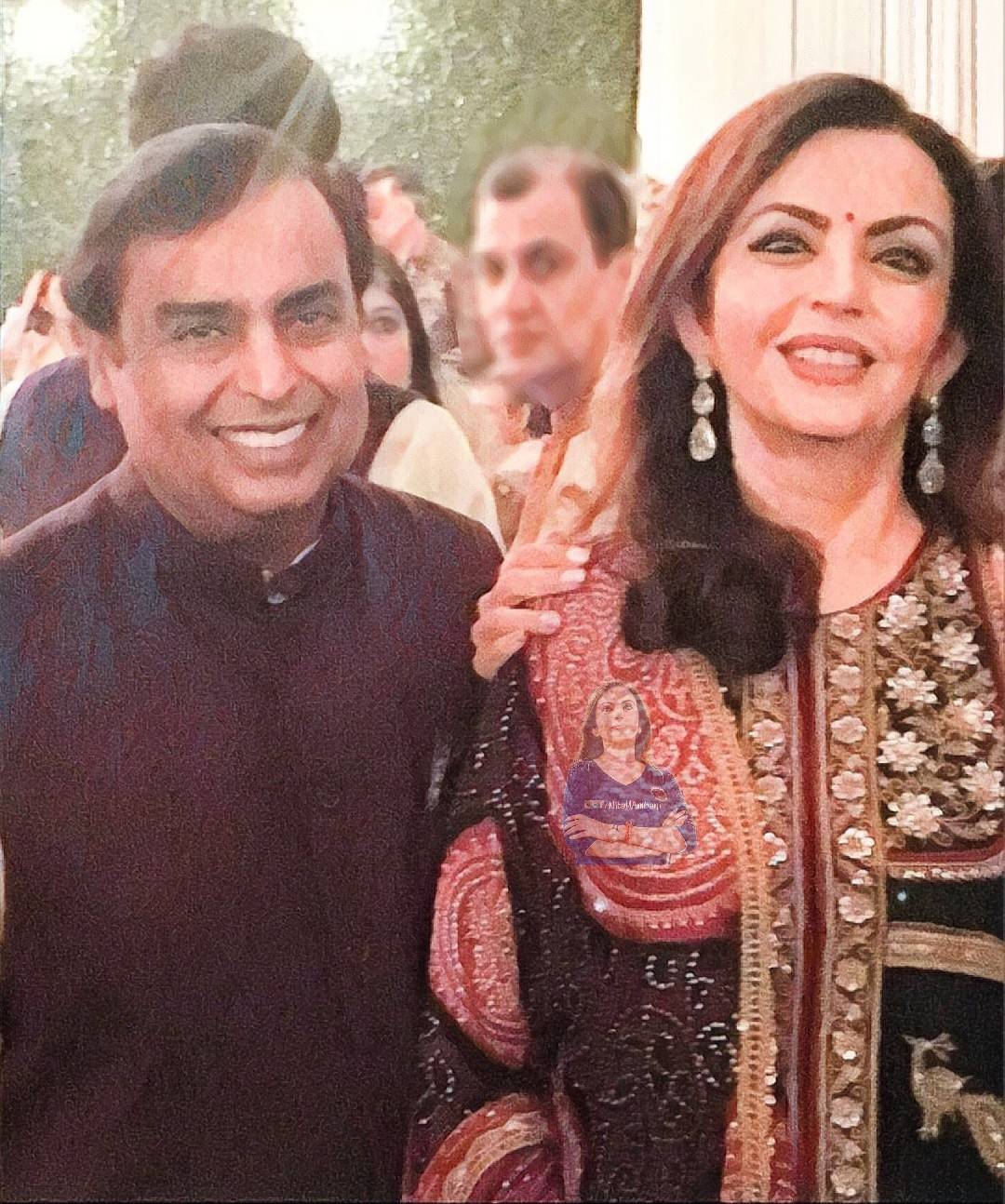 It was quite a difficult phase to manage the dates and meetings. The time became an obstacle for the duo to have some picture-perfect moments. At the time of marriage, Mukesh was a busy, professional man and was off from work only after 11 pm. And hailing from a middle-class family, Nita had to follow a strict deadline of 12 pm. Moreover, Nita herself was working as a teacher which led to a further time crunch. However, the couple tried to keep the romance flowing in the middle of the entire time crisis.

Relationship as rich as Ambanis 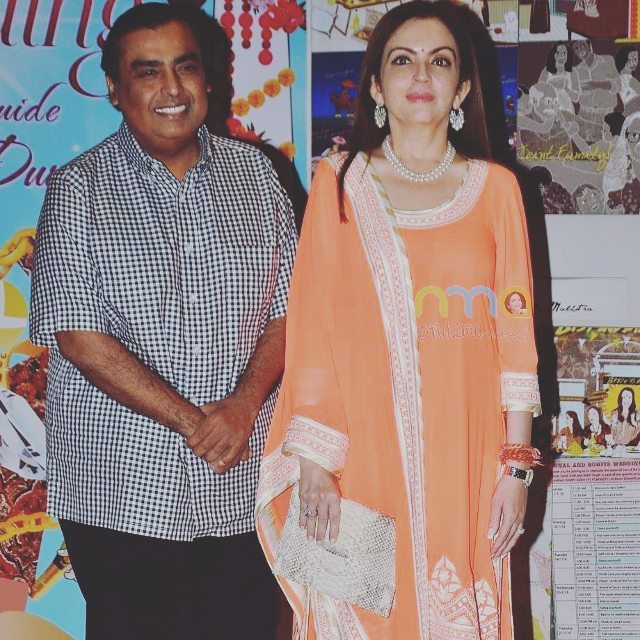 Nita once shared a story when Mukesh’s humility and modesty surprised her. During their courtship period, Nita had asked him to ditch his Mercedes and instead travel with her in a bus like an ordinary middle-class person to which he readily agreed. The fact that Mukesh’s income did not affect his personality amused Nita and brought her closer to her would-be. Nita in an interview one revealed.

“I was thrilled when he agreed.”

The proposal in middle of traffic 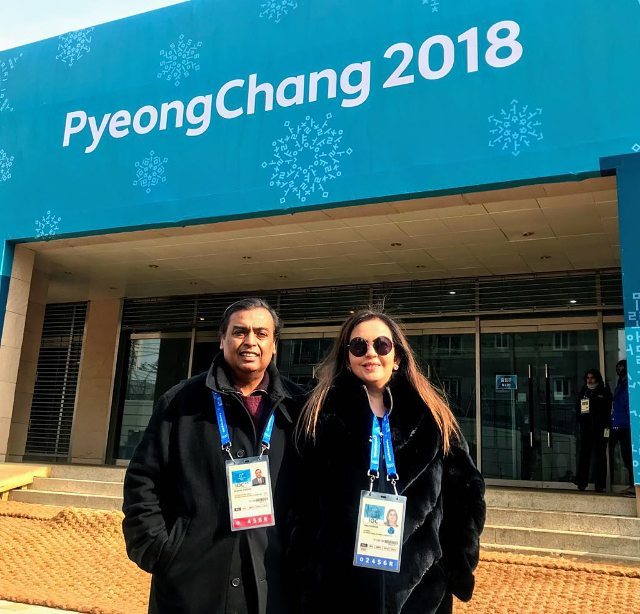 The proposal story of Mukesh Ambani is not only a filmy one but perfectly defines how love is blind. Like any normal day, the couple were on a date where Mukesh took Nita for driving on streets of Mumbai. And, that where he lovingly and unrealistically stopped his car to pop the question:

“Will you marry me?” 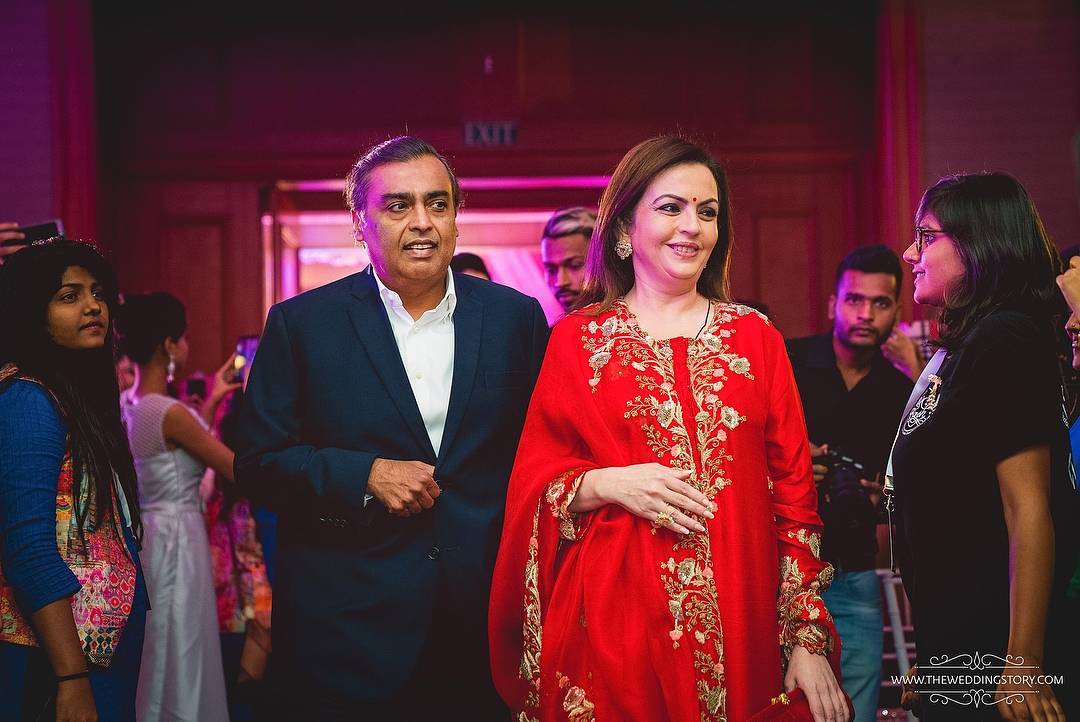 No wonder Nita showed a green signal to an out-of-the-ordinary proposal.

You May Like: When They First Met, She Didn't Even Come Up To Him: Love Story Of Rani Mukerji And Aditya Chopra 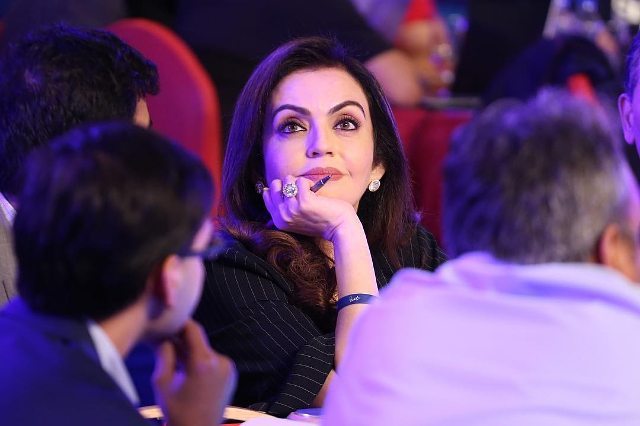 Surely many would have judged their relationship by the amount of wealth they have, the lavish gifts, expensive gestures and celebrations. But that is a wrong picture. The romantic journey of the down-to-earth couple was even richer than all the wealth they had. It was all about the emotional factors like love, true feelings, respect, honesty and attachment. There was hardly any show of wealth from Mukesh’s side which made the Cupid struck. In fact, it was not even an instant yes from Nita’s side, even after knowing that they were the Ambanis. 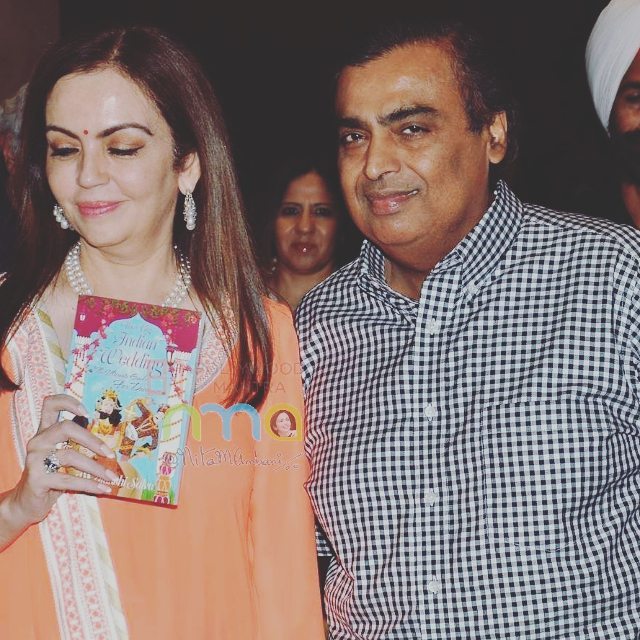 Even though the couple married each other for love and affection, there is a lot that they did for each other’s work life. While Nita always stood beside her husband, Mukesh too helped Nita have an identity and individual outcome. Ambanis not only agreed to her request of teaching after marriage but also offered her full support for her goals and desires. Today, Nita is leading Dhirubhai Ambani International School as a tribute to her love for the family and teaching.

Must Read: R Madhavan And Sarita Birje: The Love Story Of A Mentor And A Student The two got married in the year 1985 when Nita was just 20 years old. They have three kids, Anant, Akash and Isha. With the right balance of equality, support, love and care; both are happily chasing their dreams. Laughing together and making efforts together, the Ambani couple are into a successful relationship. 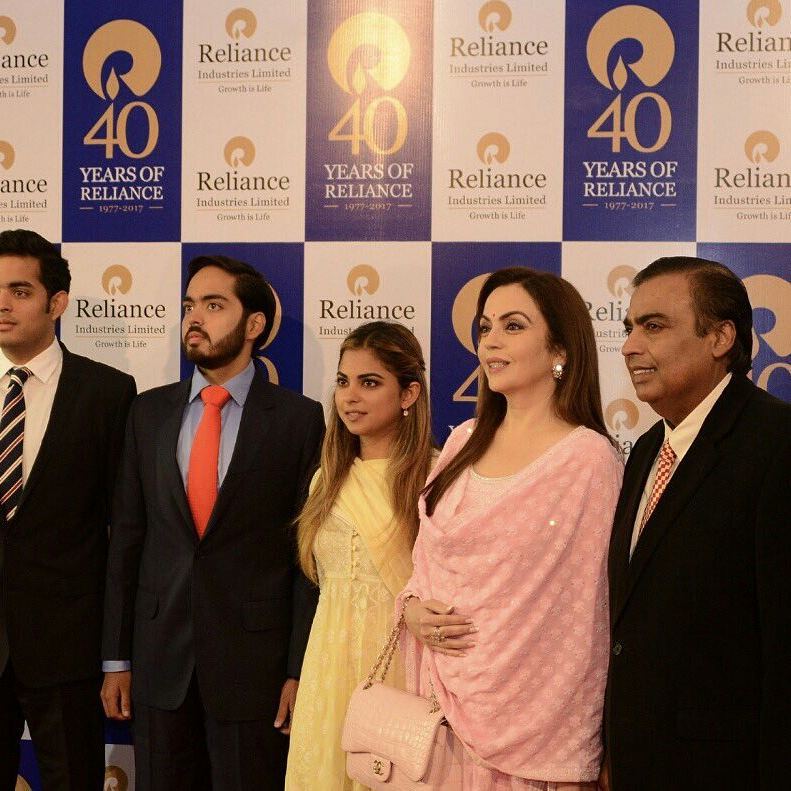 It is clear that the couples’ net worth and wealth have nothing to do with their relationship and dedication. Humility, respect and charm are what make their relationship strong and rich. Mukesh and Nita are a superb spouse to each other with all the emotional support, friendliness and affection.

Next Read: The Love Story Of Kajol And Ajay Devgn Proves That When Opposites Attract This Happens