If fairytales existed, Sara Ali Khan would make for a perfect modern-day princess (in literal sense!). Ever since the starlet came into the spotlight and we started recognising her for her talent, Sara’s candid talks, simplicity, humble attitude and confidence has already made her one of the most successful ‘star kid’ superstars. Don’t you all agree? (Do Read: Unseen Throwback Picture Of Sara Ali Khan With Her Stepmom Kareena Kapoor Khan, Picture Inside)

And ever since, we have been severely interested to know more about Sara Ali Khan. Every picture that crops up from her childhood becomes viral in no time and why wouldn’t it? Doesn’t she look adorable in all those pictures? Remember, a few days back, we came across two childhood pictures of Sara Ali Khan, cuddled in her daddy, Saif Ali Khan’s arms and making a puppy face while her handsome father lovingly looks at her. The second picture has a kiddo Sara sitting with her father in their car. In case you missed the same, here are the pictures for your reference: 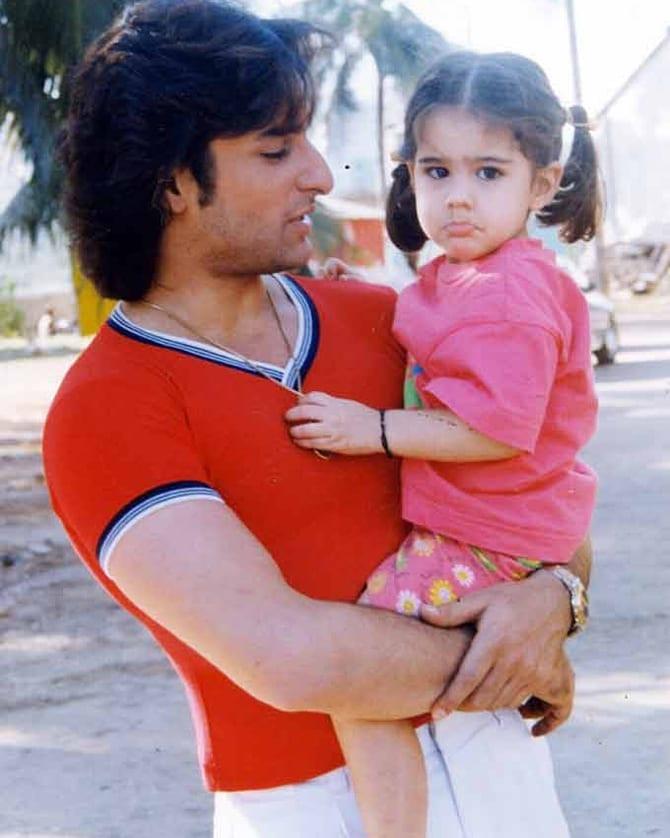 And once again, we have come across an adorable childhood picture of the Pataudi princess, posted by one of her zillion fan pages. In the picture, you can spot a kiddo Sara, looking all ‘nerdy’, wearing a frock, with glasses and braces on, hugging a friend. What looks like a picture from a party, checkout the picture of the now beauty sensation all happy and smiles for the camera! (Don't Miss: Sushant And Sara Ali Khan's Unseen Smoking Video Surfaces, As They Partied With Rhea Chakraborty) 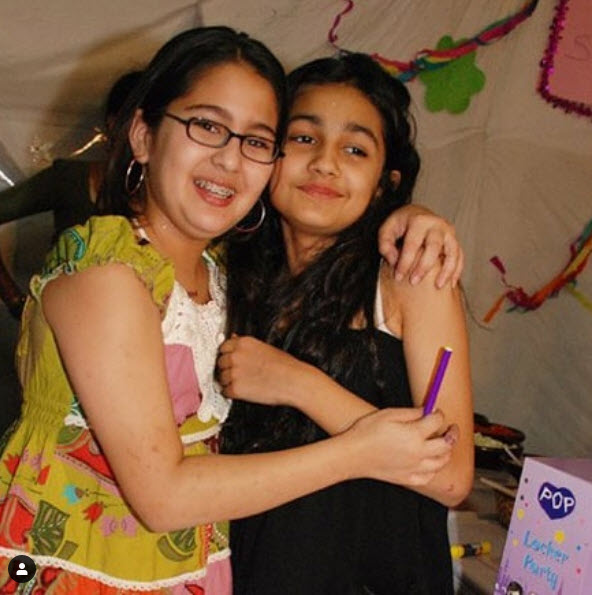 Isn’t the picture completely drool-worthy? In an interview with Mid-Day, the Simmba actress spoke about her relationship with her parents, Saif Ali Khan and Amrita Singh and her growing-up. She stated, “I have grown up with a mother [Amrita Singh], and father, both of whom have never let me think that it's possible to not get something I want. These may not be materialistic things, because I'm not a materialistic girl, unless you're talking about bangles, in which case, I'm obsessive. But, they have given me immense attention and time. Going to New York made me recognise that sometimes, I would have to fight for these things, because I don't have Saif and Amrita, the strongest people I know, behind me. I could not get anything I wanted on a platter." Speaking about her grand welcome and immense success in the film industry, the Kedarnath actress was quoted as saying, “My celebrations are interviews. I am not being funny, it’s true! It has been so hectic for the past three weeks, working on Simmba, that the only time one gets to internalise what has happened is during interviews. There is nothing more beautiful than celebrating with people who make you what you are. I think I am what I am because of the media and the audiences. I went incognito to watch the film in theatres. That was a celebration!” Do you know, Sara’s dadi, Sharmila Tagore, actress had actually messaged Amrita, congratulating her for her daughter’s stupendous performance? Sara shared the same during a media interaction, “Dadi is extremely proud. She is getting a lot of messages from people and she messaged mom which was a big one for me. I think dadi messaging mom, after you know... life, that we have, that was really something. That's amazing. If as a character, you can bring audiences together and as an individual you can bring your family together for 30 seconds also, that's something.” (Don't Miss: Bua, Soha Ali Khan Shares An Unrecognisable Picture With Sara Ali Khan To Wish Her On 25th Birthday) 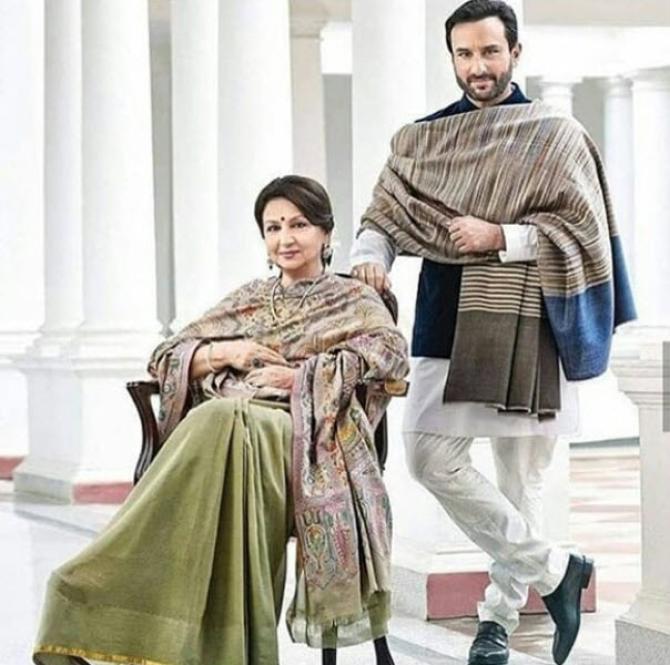 And true to her word, this was truly anticipated as Sharmila ji was looking forward to Kedarnath much before its release. In an interview with IANS, Sharmila ji expressed her proudness for granddaughter, Sara Ali Khan. About her debut film and as a person that the Simmba actress has turned out to be, the proud granny had stated, “Yes, I am so excited about her debut (in the film Kedarnath). I am very impressed by her... though I don’t see why her self confidence should surprise me. But whether it was Koffee With Karan, Rajeev Masand, BBC - her confidence, humility and charm made me so happy. It’s so heartwarming to see her the way she has turned out. When asked what she’s doing in films after going to Columbia University she said the education was for her growth as a person and not for a career. She’s never tongue-tied. And how well she stood up for her father on Karan Johar’s show. I am really proud of her.” (Next Read: Sara Ali Khan Recreates Dad, Saif Ali Khan's Iconic 'Ole Ole' Step, She Gives Him Tough Competition) 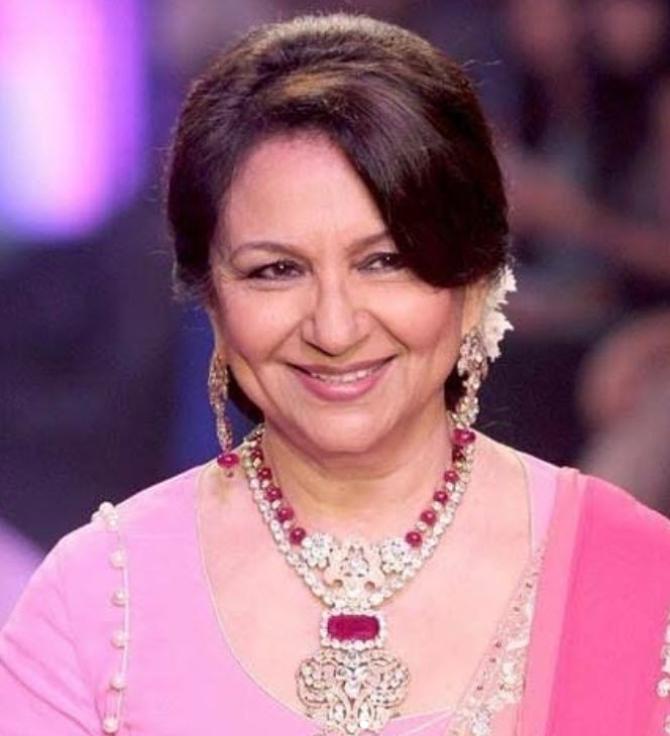 So are we, Sharmila ji! Guys, how did you like Sara’s throwback picture? Let us know!