After days of celebrations wherein Bollywood A-listers, cricketers, politicians, in short, the crème de la crème of not only India but the world, graced the festivities, Isha Ambani tied the knot with her fiancé, Anand Piramal in a lavish ceremony at Antilia on December 12, 2018. If you think you're done with the heavy dose of glitz and glam from the Ambani wedding, then you’re wrong! (Also Read: Navya Naveli Nanda Revamps Grandma Jaya Bachchan's Saree For Isha Ambani’s Wedding)

Because now we have the latest update about Isha Ambani's wedding attire, which checks all the bride’s boxes of style, statement, and heritage. Isha gave a zillion goals to many soon-to-be brides with her unusual and unique choice of the colour. Also, do you know what was exquisite about her wedding dress? As per her stylist, Ami Gupta, Isha Ambani carried her mother, Nita Ambani’s 35-year-old red wedding saree (Panetar is a saree-style typical among Gujaratis as a wedding outfit for the bride), as her dupatta, with her main ivory wedding ensemble done by designer duo, Abu Jani Sandeep Khosla! 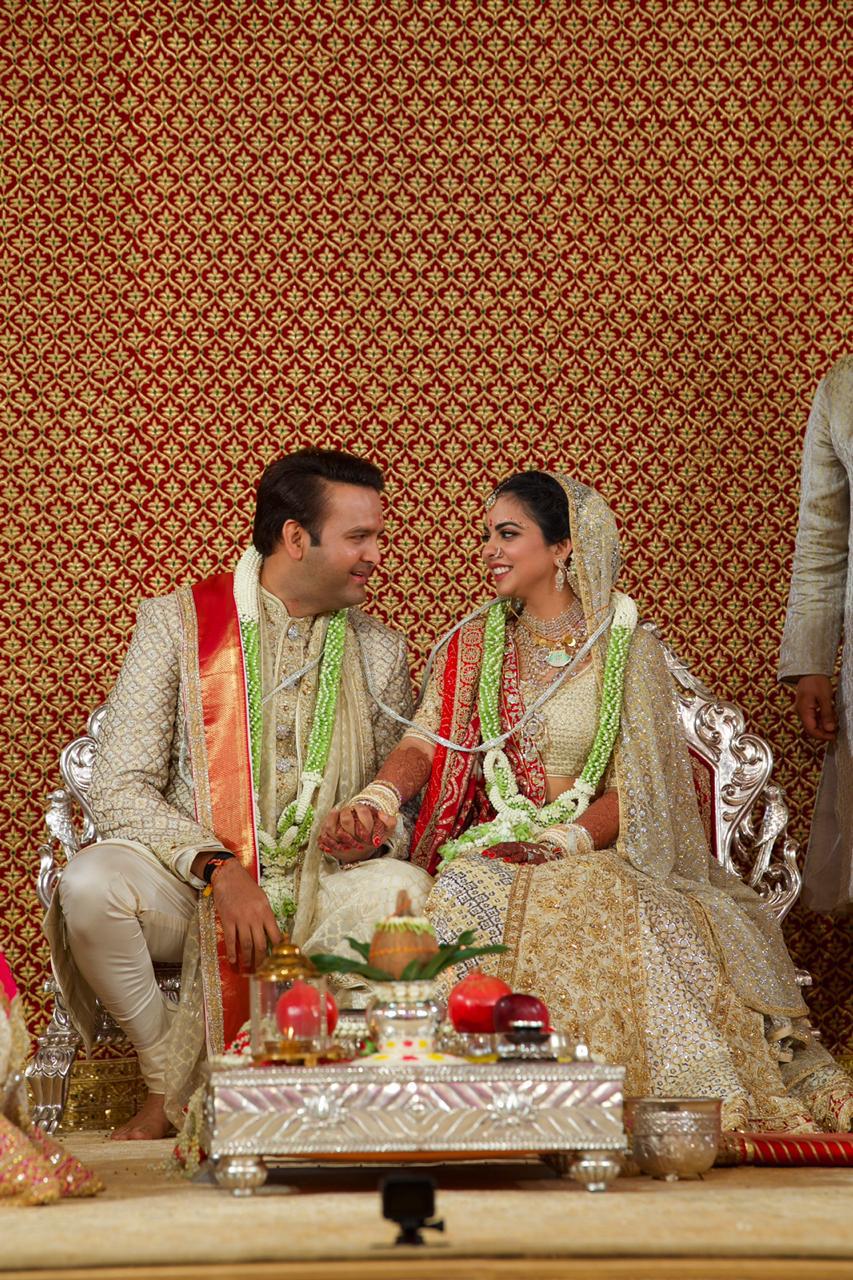 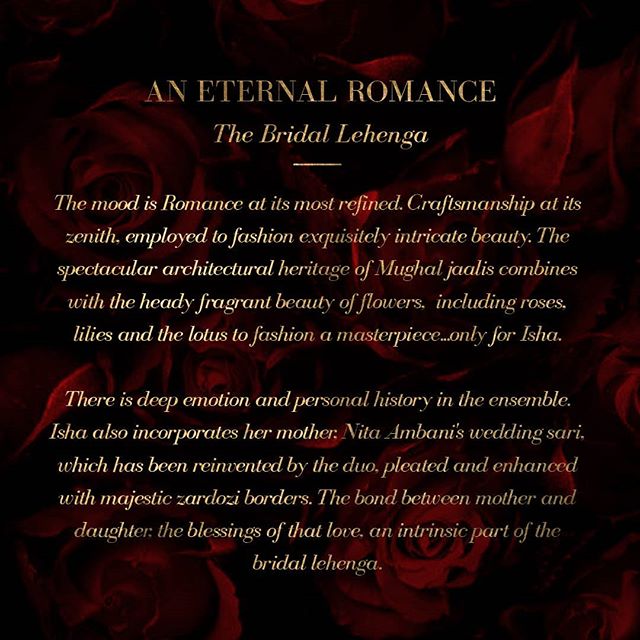 Amongst the pictures and videos that went viral on social media, one video that features Isha Ambani’s kanyadaan has surely touched our hearts. As Anand puts on the sindoor on Isha’s maang, the joy with which her mother, Nita ji cheers for the couple is unmissable. Also, the moment wherein Mukesh Ambani gives away his darling daughter to her husband in the kanyadaan ritual, had made everyone teary-eyed. Check out the video here:

Isha Ambani was head-to-toe decked up in diamond, from her brilliant choker with a diamond pendant to a long, layered diamond necklace with a gigantic pendant at the bottom. Isha paired them with a pair of elegant diamond earrings, a maangtika, and a nose ring. And that red bindi in the centre and the traditional red and white dots above the eyebrows that completed her bridal shringar. She also accentuated her bridal attire with the traditional hathi dant chooda (white bangles), a very popular bridal accessory among Gujarati and Rajasthani weddings. 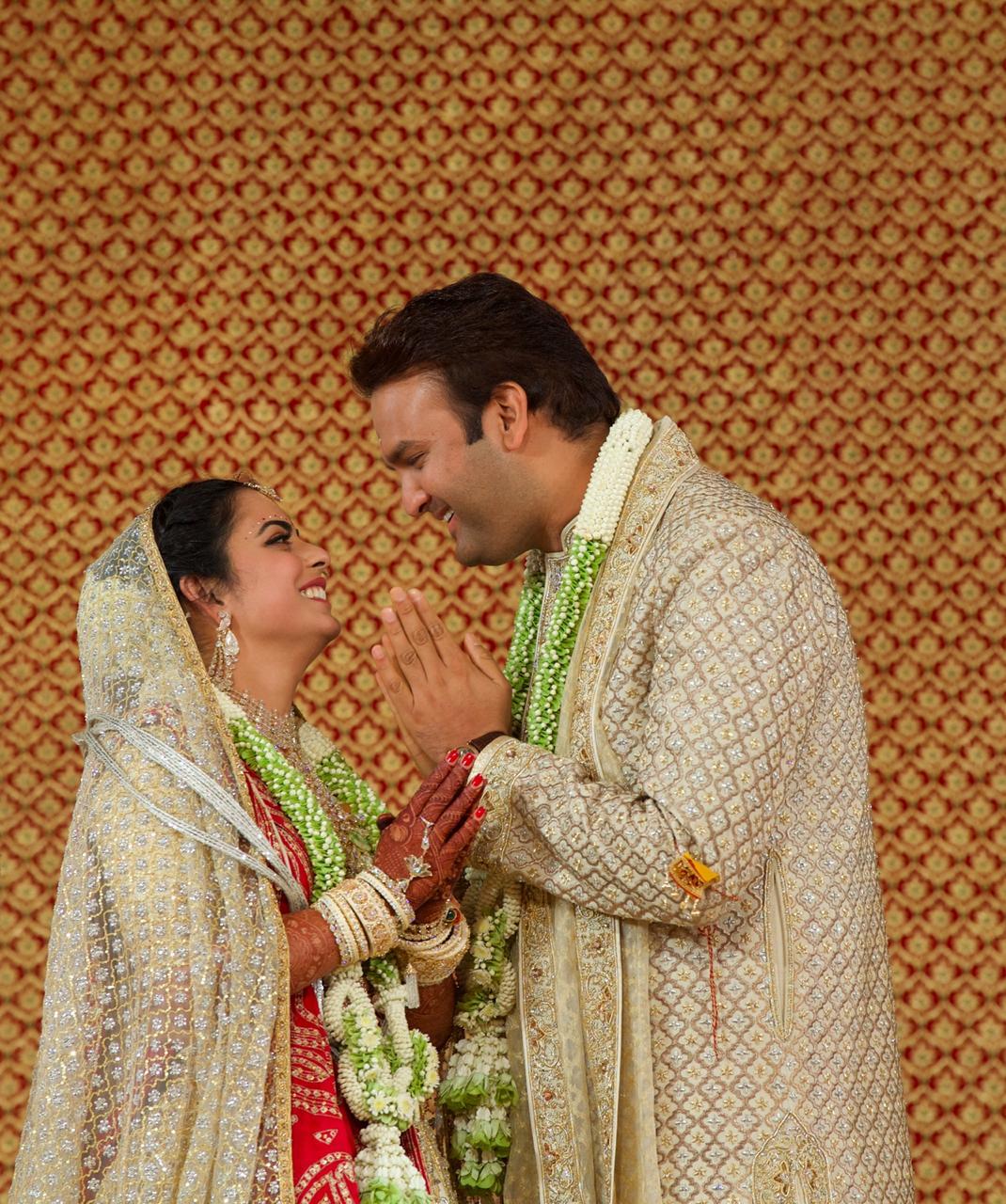 Another picture that went viral from Isha Ambani and Anand Piramal’s wedding was when the bride walked down the aisle holding her bhabhis, Shloka Mehta and Radhika Merchant’s hands, while her brothers, Akash Ambani and Anant Ambani walked by her side with the phoolon ki chaadar. Take a look at the picture: (Also Read: Isha Ambani And Anand Piramal's Fun-Filled Jaimala Ceremony Video, Guess Who Wins?) 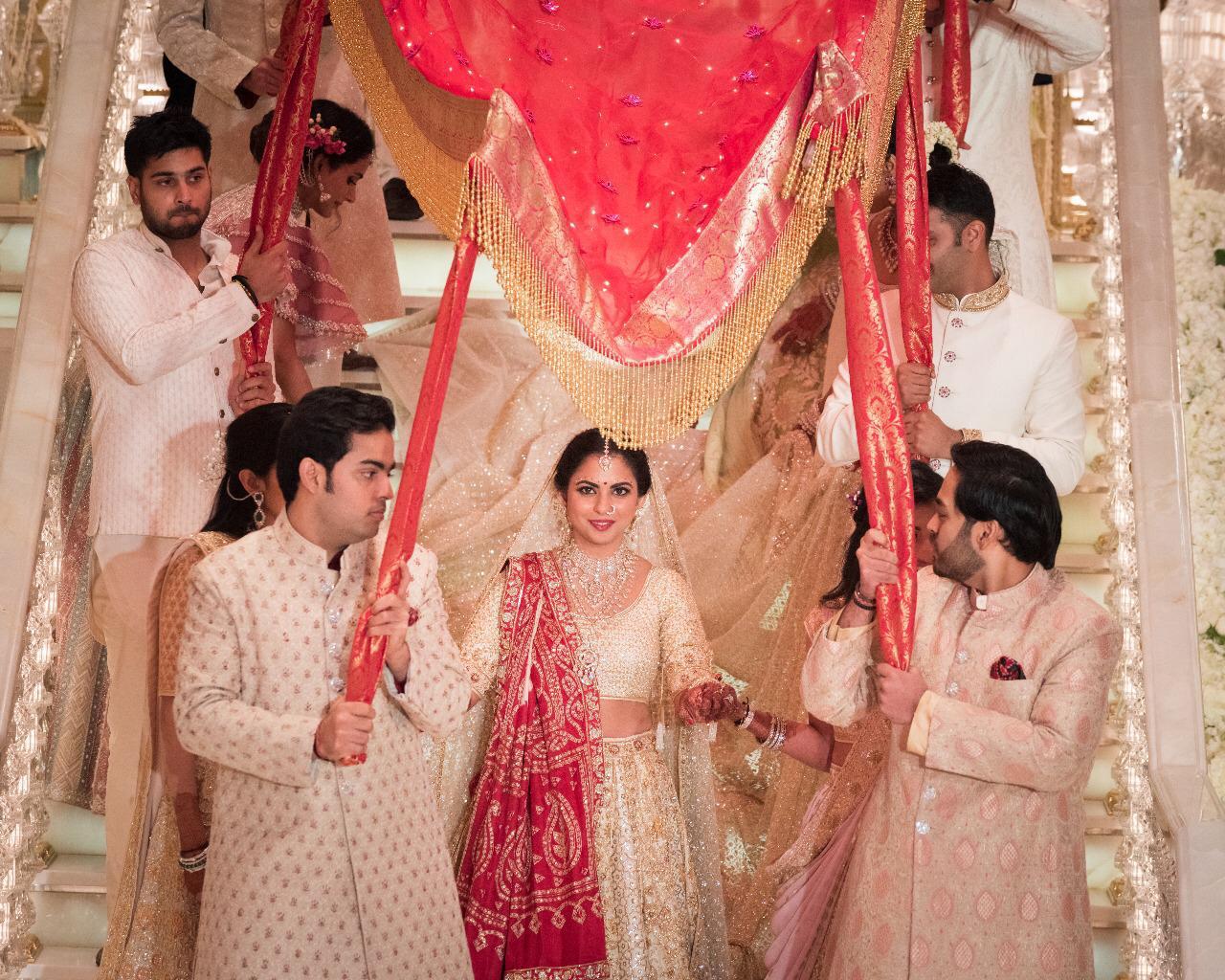 Isn’t this picture of Isha Ambani and Nita Ambani breathtakingly beautiful? Drop us a comment below. 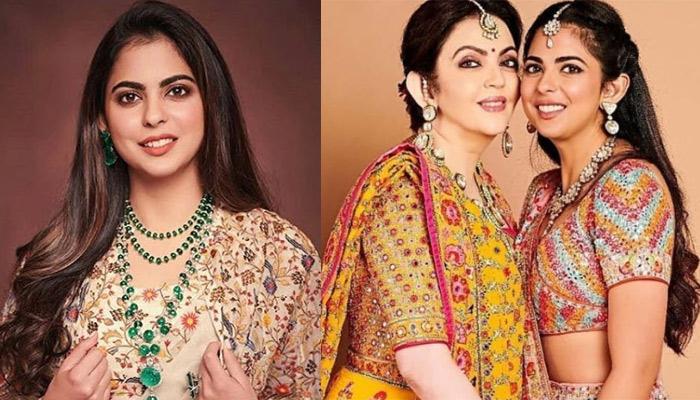 Every occasion/ birthday/festival is celebrated in a grand way by the Ambani clan. Everything about the Ambanis is grand, royal, magnificent, exquisite and what not. The Ambanis have, time and again proved how to live life king size and are perfect exemplars of generous and kind. The Ambani kids have also proven that