Accept it or not, but for almost every Indian women the most prized possession is a saree that once belonged to her mother or grandmother. The six-yard piece of elegance holds a different meaning when we borrow it from the wardrobes of our mummy and mummy ki mummies. The first time when we wear a saree it marks our transition into a lady. Well, looks like a kind of similar emotions have flooded in the mind of Navya Naveli Nanda, daughter of Shweta Bachchan, who had attended the grand wedding of the Ambani’s and Piramal’s. (Recommend Read: Shah Rukh Khan Makes Hillary Clinton Shake A Leg On Bollywood Tunes, And You Just Cannot Miss It)

Navya graced the wedding function with her mom Shweta, nanu, Amitabh Bachchan and nani, Jaya Bachchan looking like one big royal family. However, it was the gen-x star and a fashion buff, Navya who stole the limelight. She picked a golden saree and it’s not an ordinary one, it was once owned by her grandma Jaya Bachchan. 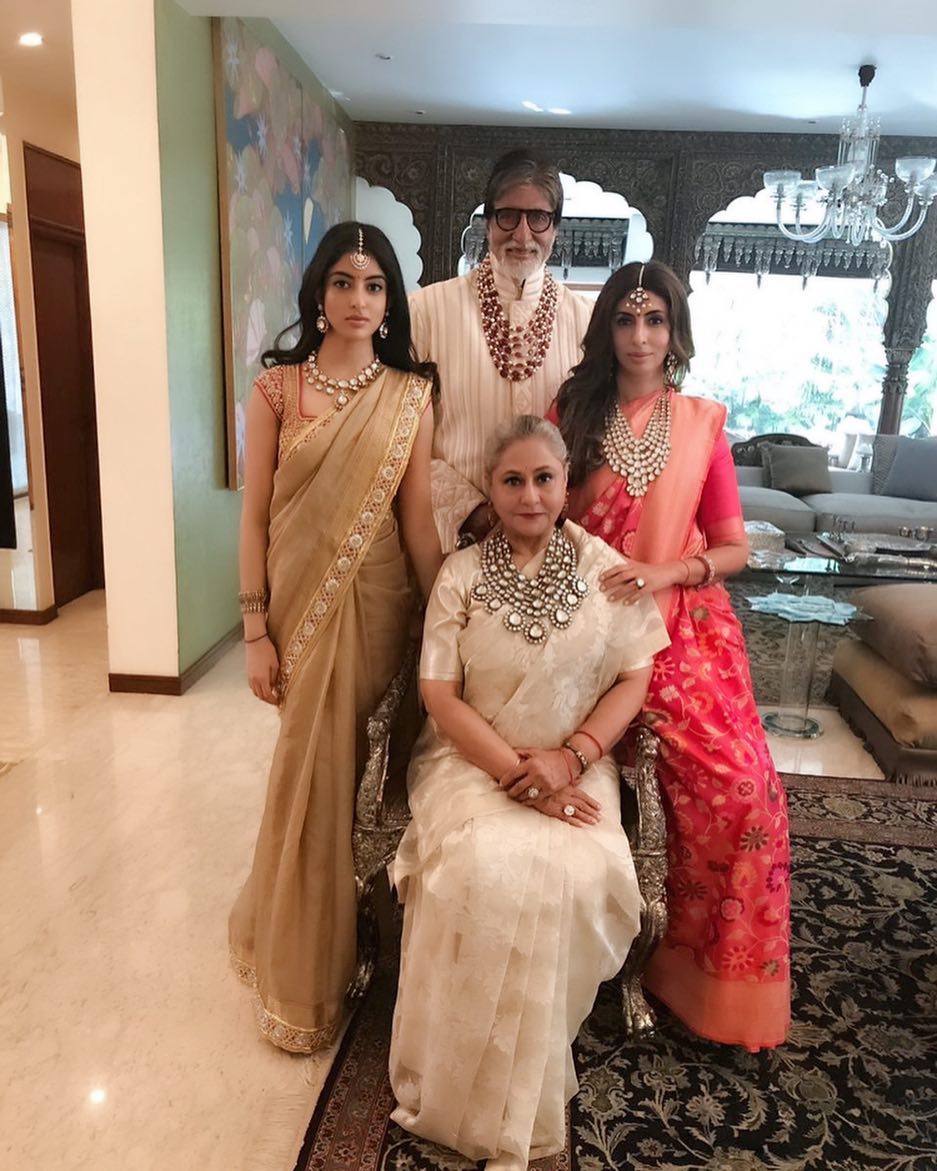 The saree is a heritage piece from designer duo Abu Jani and Sandeep Khosla which they revealed on their Instagram handle and wrote, “Reviving Tradition! @navyananda wears her grandmother, Jaya Bachchan's heritage sari, which has been edged with gota beaded borders by Abu Jani Sandeep Khosla. Paired with their zardozi choli.” Check out the picture below: (Also Read: Shah Rukh Khan's Adorable Reaction About Dancing With His Wife, Gauri Khan Is Every Hubby-Wife Ever)

On the other hand, Bachchan bahu, Aishwarya Rai Bachchan has shared a photo along with her husband, Abhishek Bachchan and their daughter, Aaradhya Bachchan that will melt your heart. Aishwarya looked ethereal in a red saree and Abhishek complemented her in his black suit. Take a look at their picture from Isha's wedding: 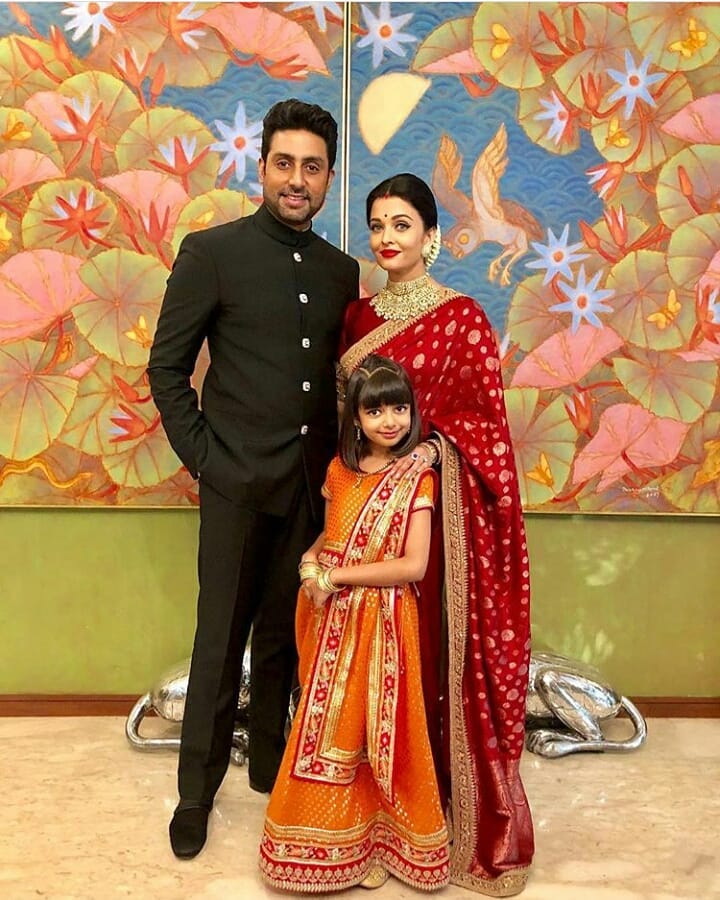 Earlier this month, Navya celebrated her 21st birthday bash seemed nothing but perfect, surrounded with close friends and family. We spotted a video from inside the birthday party, wherein Navya can be seen blowing candles of her birthday cake alongside her parents Shweta Bachchan Nanda and Nikhil Nanda. Navya's mami, Aishwarya Rai Bachchan and her little cousin, Aaradhya Bachchan were by the birthday girl’s side. And as she blows her birthday candles, little Aaradhya can be seen totally smitten by the birthday cake and couldn't take her eyes off it. Here’s a glimpse of the Aaradhya Bachchan looking mesmerised over Navya’s birthday cake. (Don't Miss: Isha Ambani And Anand Piramal's Wedding, Kanyaadan Ceremony Hosted By Amitabh Bachchan)

Navya’s mama, Abhishek Bachchan also shared a lovely picture of the birthday girl and wrote a birthday message for her. He wrote, "To the coolest kid in the world... Happy 21st Birthday my Navya. You are now “officially” a little lady, and a very gracious, loving and caring one at that too. From a baby who used to fit in the palm of my hand to becoming one of my dearest friends, you’ve always been mamu’s pet. Never change! Love you!" 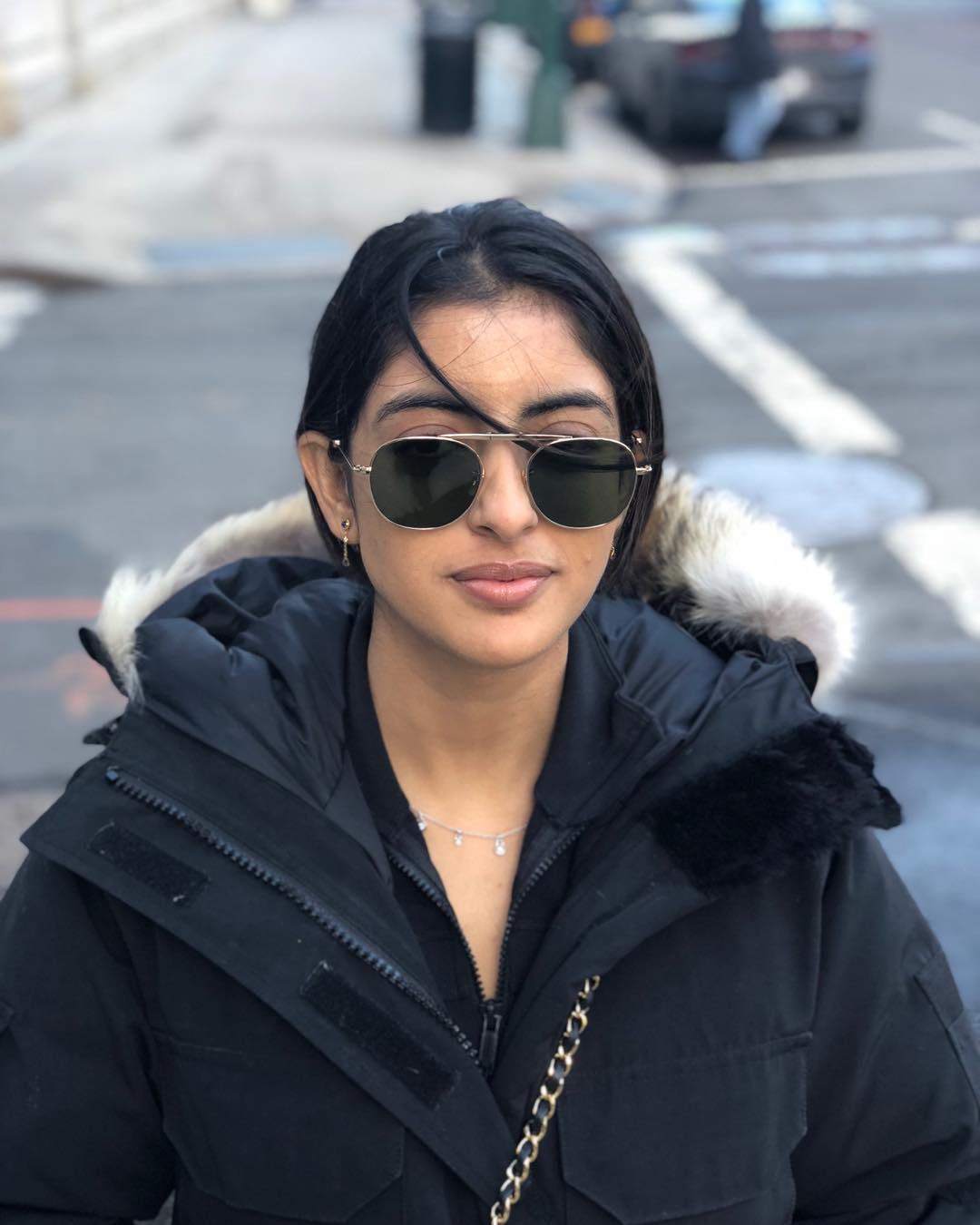 Meanwhile, Shweta Nanda shared an adorable picture of six-month-old baby Navya, and it was her birthday wish which won our hearts. The doting mommy wrote, "The years didn’t fly by, they took their time, and you earned every single one of them! We grew up together, you and I, figuring it out as we went along ... here we are at 21 a far cry from this 6-month-old, that I really didn’t know what to make of! HAPPY BIRTHDAY NOUV, you make it look easy, even when it isn’t. I Love U." (You May Also Like: Isha Ambani And Anand Piramal's Fun-Filled Jaimala Ceremony Video, Guess Who Wins?) 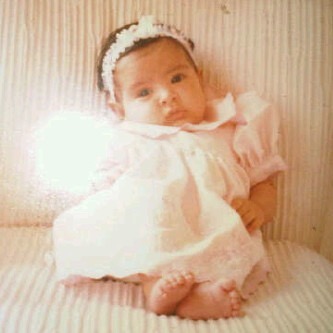 Well, we totally love Navya in her grandma, Jaya's saree. What about you?