B-town celebrities work hard, but they indeed party harder! And their little munchkins are not behind when it comes to partying along with their toddler friends. Be it anyone’s birthday or a playdate, celeb kids have the most fun partying along with each other. Similar happened recently at Karan Johar’s twins, Yash Johar and Roohi Johar’s second birthday bash which was attended by their friends, Taimur Ali Khan, Kainaat Singha, Nitara Kumar, Laksshya Kapoor were amongst others. (Also Read: Rohit Sharma Posts A Picture With His Baby Girl Samaira Wearing A Cute 'I Heart Daddy' Onesie)

While Karan Johar shared some pictures from Yash and Roohi’s second birthday bash, recently, some more unseen pictures went viral on social media which will surely make your hearts melt. From Taimur Ali Khan, Roohi Johar and Yash Johar bonding with each other in one frame to chote Nawab cuddled in mommy Kareena Kapoor Khan’s arms, we can surely say that the kids had a lot of fun as their pictures speak just enough. Here are the unseen pictures from Yash and Roohi’s second birthday bash:

On February 7, 2019, a number of celebrities poured beautiful birthday wishes for Yash and Roohi, the doting daddy Karan Johar too shared something really special as his Instagram story. Posting a video of Yash and Roohi jumping in joy as their daddy sing ‘Happy Birthday’ to his little kiddies in what he calls, some ‘besura voice’! Here’s the video:

Karan Johar’s special and close friend, Malaika Arora posted a picture of ‘puddings’ Yash and Roohi acing their traditional look. While Yash is clad in a shirt paired with a veshti and Roohi has donned a Madrasi lehenga. She wrote, “Happy bday puddings Yash and Roohi.”

Neha Dhupia too posted adorable pictures, wherein Karan Johar and Angad Bedi are seen carrying Yash and Roohi in their arms, with Karan’s mother, Hiroo Johar lovingly looking at a sleeping baby Mehr! Sharing the pictures, the No Filter Neha host wrote an adorable birthday message on behalf of her little one Mehr, “#happybirthday my dearest Roohi and Yash ... I still remember the first time we met and both of you screamed out loud ... “bbbbaaaaabbbbbyyyyyy”.... I may not be joining you for your birthday celebrations this time as I will be busy... but I promise I’ll create havoc with you very very soon... @mehrdhupiabedi.” (Also Read: 'Diya Aur Baati Hum' Fame Anas Rashid Shares The First Picture Of His Baby Girl)

On their second birthday bash, Yash and Roohi had cut a three-tier cake with snaps of Yash, Rooohi and their daddy, Karan baked atop it. The birthday cake was made by Love Sugar & Dough and sharing a picture of the three-tier cake, they wrote, “Bollywood's fashion icon @karanjohar 's kids turn two! Roohi & Yash Johar completing the celebrations with a cake from Love Sugar & Dough. #KaranJohar #YashJohar #RoohiJohar #Birthday #CelebBaby #CelebKid #Celebrations #Celebrity #Bollwood #TwinBirthday #Cakes #CustomisedCakes #LSD #LoveSugarDough #MadeWithLSD”. They also shared a video of the cake cutting moment of Yash and Roohi. Check it out here:

In one of the segments of his radio show titled, Calling Karan, ‘It’s Complicated’, a caller had dialed in to ask Karan for some serious relationship advice. The caller shared about her Rakhi brother-turned-boyfriend and the pressure she felt to break the news of their relationship to her parents. Giving an advice, Karan gave us peek-a-boo of a way-long-into-the-future-relationship. After hearing the problem, Karan had replied, “When a guy and a girl are together they immediately ask us to call each other brother or sister,” adding, “I wouldn’t mind if Taimur and Roohi want to be together, in the future.”

Karan had further revealed, “Yehi problem hai humare desh mein. Jab ladka ladki ek saath hote hai toh immediately bolte hai ‘bhaiyya bolo’, ‘didi bolo’... Arre, bilkul nahi yaar, (This is the problem with our country. When we see a boy and a girl together, we immediately tell them to call each other ‘brother’ and ‘sister’. This should never happen)”. Karan further stated that Roohi ‘s nanny asks her to call Taimur bhaiya and that Karan is completely against it. “I am like, ‘Kyun?’ 20 saal ke baad maybe Taimur aur Roohi saath rehna chahte hai. Kuch bhi ho sakta hai unka apna. Hum abhi se hi kyun daraar daal rahe hai uss raaste mein? (Why? 20 years from now they may want to be together. Why are we creating a wall between them already?)”, said a concerned Karan in the radio show. (Also Read: Taimur Ali Khan Gets Into A Race On The Sets Of Mommy, Kareena Kapoor Khan's 'Good News' [VIDEO]) 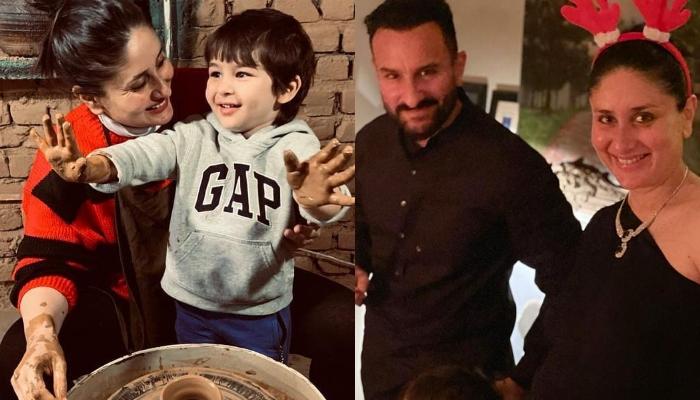