Being a father is an amazing feeling which not many of us have tried to decode or expressed in words. As we all are busy writing verses on motherhood and the great joy that comes with it. However, it’s time to celebrate the love of our very own superman without a cape! Indian cricketer, Rohit Sharma’s wife, Ritika Sajdeh gave birth to a little angel on December 30, 2018. (Recommend Read: Malaika Arora's Cryptic Reply When Beau Arjun Kapoor Shared That He Is Enjoying A Day Off With Self)

The cricketer returned to home after completing the third Test series to meet his new-born daughter, Samaira. Recently, Rohit took to Instagram to post an adorable picture with her little bundle of joy carefully wrapped in his arm. Along with the picture he wrote, “This is special, so good to be back”, followed by a heart emoji. Check out the picture below: 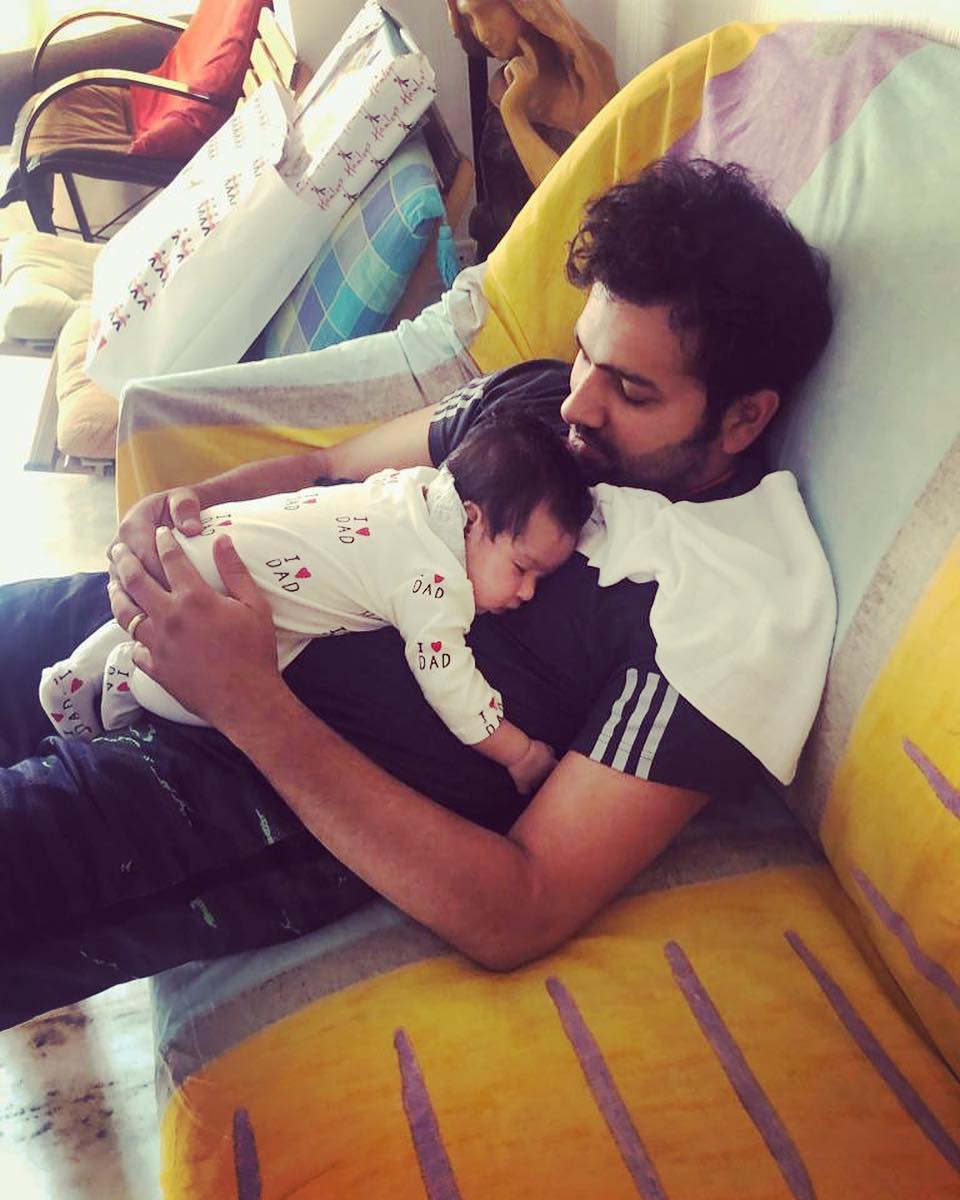 On February 12, 2019, Rohit’s wife, Ritika shared a cute video of her daughter. In the video, the two-month-old, Samaira is smiling while sleeping. Take a look at the video here:

After 3 years of marital bliss, the couple welcomed their beautiful daughter and on January 6, 2019, Rohit revealed his daughter’s name to the world. The right-handed batsman took to Instagram to share an adorable family picture with wife, Ritika and their daughter and captioned it as, “Baby Samaira”, followed by a heart emoji. Check out the picture here: (Also Read: Karmphal Data Shani Star Kajol Srivastava Gets A Surprise Bachelorette Bash Ahead Of Her Feb Wedding) Earlier, Rohit had shared the first glimpse of little Samaira with his fans and captioned it as, “Well hello world! Let’s all have a great 2019.” The cricketer returned from the on-going India-Australia Test series to be with his wife and newborn daughter on December 31, 2018. He scored a half-century in the third Test match against Australia. In an interview with Australian cricketer, Michael Clarke, Rohit talked about the life-changing moment. He said, “I cannot wait to be a father; it is going to be a game-changing moment in our lives. I am eagerly awaiting the moment of becoming a father. It will be a moment to change our lives.”

Rohit further shared his teammates’ reaction to the news and said, “When my teammates got to know that I am going to become a father, they were laughing at me. They were like you are going to be a father? The reaction came in because of the mannerism and the things I have done in my previous years. They think I am irresponsible, obviously in a funny way. But I am gonna make sure that everything changes.” 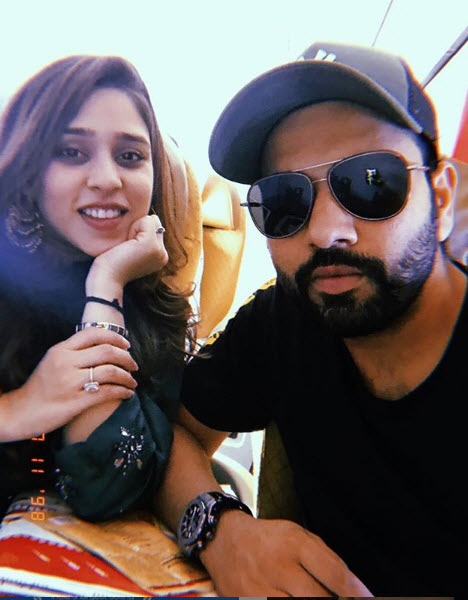 Rohit and Ritika’s love story is something that makes us believe in 'happily-ever-after'. It all started when Ritika worked as a sports event manager for Rohit and that was the start of their romance. They used to meet often and soon their work-meetings turned into love-meetings! For those who don’t know, Rohit proposed to his lady-love Ritika in one of the most romantic ways. And, yes, it included a huge solitaire ring with a full Bollywood style proposal. Rohit took Ritika to Borivali sports club ground in Mumbai, where he first started playing when he was 11. He proposed her with a big ring and asked her to marry him! Later, the two got married in a grand wedding ceremony on December 13, 2015.

In an earlier interview, Rohit recalled the first meeting when he met Ritika. He said, “I was shooting with some senior members of the Indian team including Yuvraj Singh. When I met Yuvi in his trailer, Ritika was there. But Yuvraj told me straight away that Ritika was his sister and I should not even look at her.” 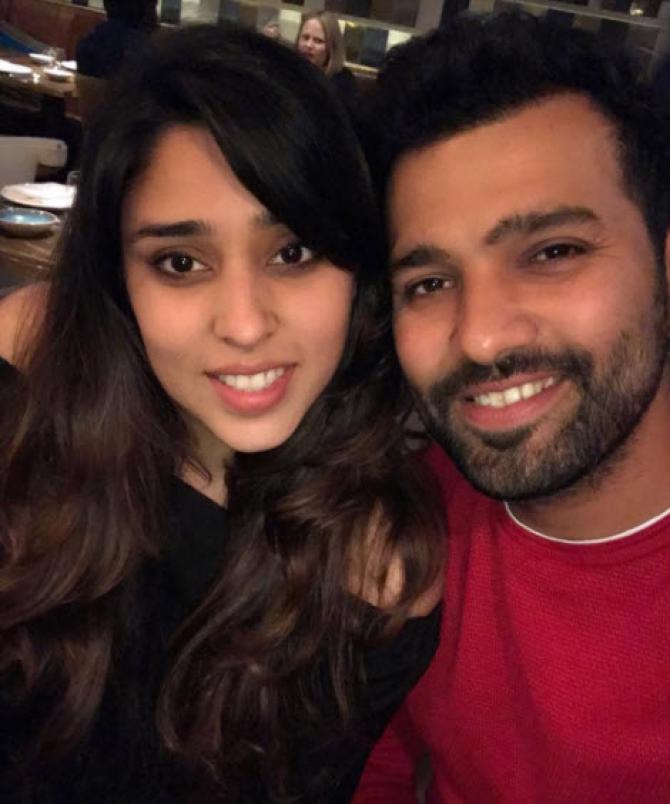 The right-handed batsman, Rohit made us fall in love when he dedicated his third double century to wife, Ritika as their second wedding anniversary gift. In the post-match interview, he said, “I’m happy my wife is here with me on this special day. I know she would have liked this gift from me. She’s been my strength, she’s always been there for me. You go through so much stress in this sport, and having them around is always special.” (Don't Miss: Dilip Kumar, 96, Shares A Pic With Wife, Saira Banu, 74, Feeding Him Cake, And It's So Adorable) 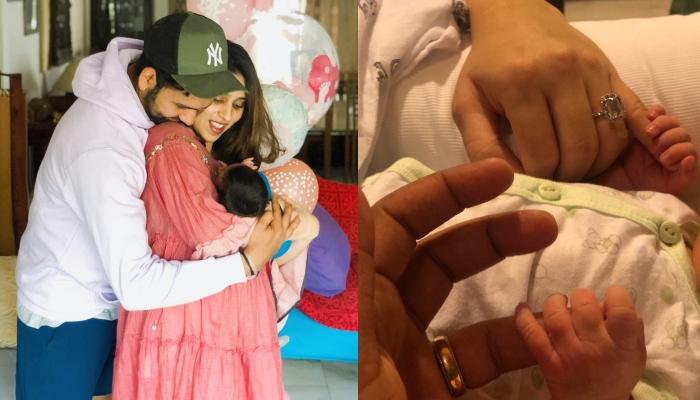 ‘There once was a girl, who met a boy, they found living as two was a life full of joy. And their joy overflowed when the two became three, a blessing sent from the heaven above completed their life!’ A perfect way to conclude Rohit Sharma and Ritika Sajdeh love-story