Unseen photo of Akash and Shloka from their sangeet ceremony in Switzerland will make you want for someone in your life to look at you the same way these lovebirds are lost in each other's eyes. 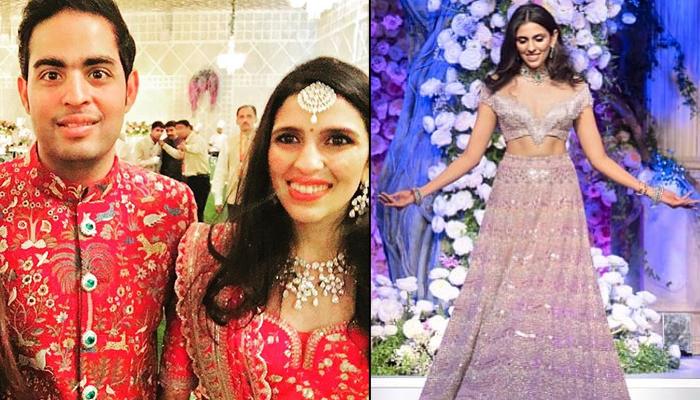 If there’s one family that has been grabbing the headlines for months now is the Ambani clan. With the weddings of their twins, Akash Ambani and Isha Ambani, the Ambani family has set the bar too high for star-studded celeb weddings. Even though the months have passed, but netizens still can’t get over the photos and videos from #IshaKiShaadi and #AkuStoleTheShlo! Akash Ambani and Shloka Mehta, the new Mr and Mrs Ambani became soulmates and embarked their journey together of ‘happily ever after’ on March 9, 2019. (Also Read: Akash Ambani And Shloka Mehta Twin Monochrome Look At Family Dinner With Mukesh-Nita And Isha Ambani)

Before we share another unseen glimpse of Akash Ambani and Shloka Mehta from one of their pre-wedding functions, let us throw some light on the personal life of the badi Ambani bahu. Shloka Mehta is the daughter of diamantaire Russell Mehta and Mona Mehta. Youngest of the three sisters, Shloka was Akash’s classmate at the Dhirubhai Ambani International School. Akash had proposed his ‘crush’, Shloka on the last day of school, to which she had obviously said ‘yes’. When Akash and Shloka told their families about it, they were advised to keep their relationship a secret to avoid unwanted media attention. 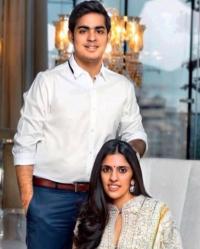 Akash Ambani and Shloka Mehta made for one super-happy couple at their wedding, who couldn’t take their eyes off each other and their photos are a proof of it. An unseen photo of Akash and Shloka from their sangeet at St Moritz, Switzerland, has emerged on the internet and it will make you want for someone in your life to look at you the same way these lovebirds are lost in each other’s eyes. Makeup artist, Puneet B Saini posted two unseen pictures on his Instagram handle, wherein in one photo we can see Shloka twirling in her gorgeous gown, and in another, Akash and Shloka are in ‘Aise Na Mujhe Tum Dekho’ mode. 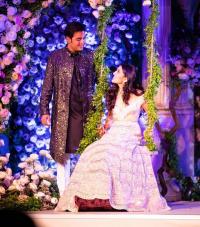 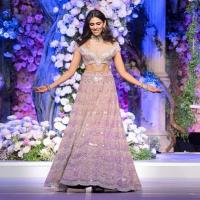 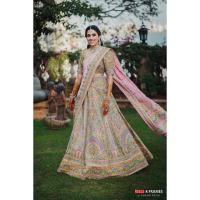 For her wedding with Akash Ambani, Shloka Mehta looked ravishing in her super-happy bridal look, as she donned an all-red avatar and kept her makeup minimal. The bride wanted to divulge maximum attention to her exquisite wedding jewellery, which included a heavy kundan necklace, maatha patti, nath and traditional earrings. The badi bahu of the Ambani parivaar went by the bridal colour of red and golden, and we totally loved her traditional bridal look. Here’s a photo of Shloka Mehta from her bridal photoshoot: 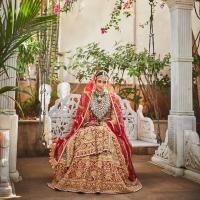 Sometime back, an unseen photo of the Mehta parivaar surfaced on the internet and we got a sneak peek into the close-knit one big happy family of Shloka Mehta. Shloka, her parents Russell Mehta and Mona Mehta, grandparents and family were all smiles for the camera, and it gave major ‘Hum Saath Saath Hain’ feels. 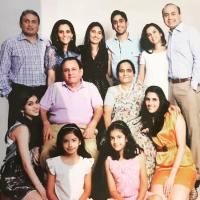 Post getting engaged in 2018, Shloka Mehta had talked about the bond that she shares with Akash Ambani and keeping pace with her relationship despite their hectic schedules. Speaking of how they got lucky to have the support of their families, Shloka was then quoted as saying, “Despite years and busy schedules, we have always found ways to stay connected. Akash is incredibly grounded, and we share a bond based on meaning and memories. We don't just get along - we also support each other's hopes and aspirations and are determined to build a sense of purpose into our lives together. We are lucky to have a love that began with being best friends and luckier still to have such supportive families.” (Also Read: When Sisters Karisma Kapoor And Kareena Kapoor Glammed It At The Former's Mehendi (Throwback Video)) 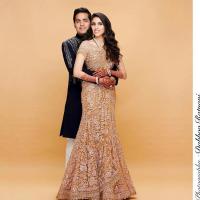 Akash Ambani and Shloka Mehta are exemplars of ‘Rab Ne Bana Di Jodi’ and we wish them all the happiness and love in the world!