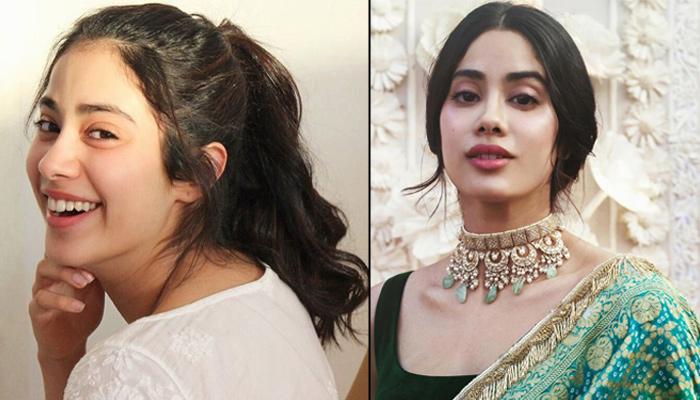 2018 had been a difficult as well as one of the most important years for one of the budding star kids of the tinsel town, Janhvi Kapoor. The 21-year-old actress lost her mother, legendary actress Sridevi on February 24, 2018, in Dubai and it was the same year when her debut Bollywood film, Dhadak released. The best part is Janhvi has never shied or concealed her emotions when it comes to speaking about how difficult it was for her to cope up with her loss. (Do Read: Sunny Leone Makes A Beautiful Wish For Herself On Her Twin Sons, Asher And Noah's 11-Month Birthday)

While we will get into the details later, let us speak about exuberant things about Janhvi Kapoor’s life first. From being featured as the cover face of leading magazines, debut into the film industry, first time guest at celebrated shows like Koffee With Karan and many such accolades in her kitty, no wonder Janhvi Kapoor is one of the most loved newcomers of the industry! 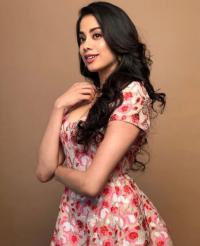 If you happen to scroll through Janhvi’s social media feed, you will realise that the Takht actress always keeps on posting throwback pictures of herself or her star family members. Not just this, the one-film-old star already has innumerous films up her kitty. A picture posted by a fan page has emerged, wherein, the lady is sheepishly looking at someone, letting out a naughty smile! Looking chubby with curly hair, baby Janhvi Kapoor looks cute as a button! Checkout:

Doesn’t she look adorable? In an interview with the Times of India, Janhvi was asked about the support of her family in doing whatever she wants. To which, she replied, “Touchwood! My family gives me strength and courage. (Pauses)… I get emotional when I talk about them. Khushi and I are very different. I am the kid in our family, and everyone treats her as the more responsible and independent one. I am the one that needs to be babied, and my mom shared that equation with me. She liked to baby me, as she knew that Khushi was too independent. I would tell her… mamma khana chahiye, mamma ni-ni nahin aa rahi hai. I am still like that, and now Khushi and papa have stepped into that role. My whole family has supported me so much; I want to really make them proud”. 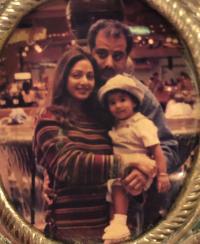 Janhvi also shared about the kind of advices she gets from her star family, “Arjun bhaiyya has given me advice on everything that comes with this profession. He’s gained a plethora of experience. His advice is to remain honest. He says if you love your work, then you just need to keep reminding yourself about that love and nothing else.” The 21-year-old also shared that her star sister, Sonam K Ahuja has been an exemplar of self-respect and chachu Anil Kapoor always advices them to work hard. (Must Read: Deepika Padukone Reveals If She Or Her Husband Ranveer Singh Will Change Names Post-Wedding Or Not) 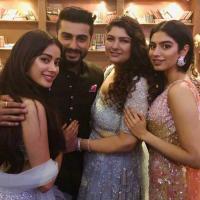 Known for not having a very good relationship once, Boney Kapoor’s four children, Arjun, Anshula, Khushi and Janhvi now cannot do anything without having each other's back. In an interview with Filmfare, she revealed how and when they started relying on Arjun and Anshula, “It comes from seeking a sense of protection. A significant figure in our lives- my mother- wasn’t there anymore. Whom could we rely on? So, Khushi and I found ourselves leaning on them. A strong trust was forged between us. They’re so chilled out, such gracious and strong people, who encourage you and are real with you. We’re blessed.” 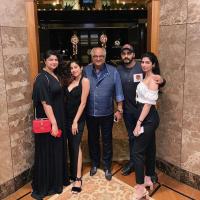 Soon after Sridevi passed away, it was Janhvi’s birthday on March 03, 2018. For the same, Janhvi took to Instagram and wrote a heartfelt message dedicated to her mother which she shared with all her followers. Janhvi captioned the note as, “On my birthday, the only thing I ask of all of you is that you love your parents. Cherish them and devote yourself to making them feel that love. They have made you. And I ask that you remember my mother fondly, pray for her soul to rest in peace. Let the love and adulation you’ll showered on her continue and please know that the biggest part of my mother was the love she shared with papa. And their love is immortal because there was nothing like it in the whole world. Nothing as joyful and pure and no two people as devoted to one another as they were. Please respect that because it hurts to think anyone would ever try to tarnish it. Preserving the sanctity of what they had would mean the world not only to my mother but also to a man who’s entire being revolved around her, and her two children who are all that remains of their love.”

The caption could be further read as, “Me and Khushi have lost our mother but papa has lost his “Jaan”. She was so much more than just an actor or a mother or a wife. She was the ultimate and the best in all these roles. It mattered a great deal to her to give love and to get love. For people to be good and gracious and kind. She didn’t understand frustration or malice or jealousy. So let’s be that. Let’s be full of only good and give only love. That would make her happy, to know that even in death, she gave you all something. The courage and inspiration to fill yourselves with nothing but love and rid yourselves of bitterness in any way and form. That’s what she stood for. Dignity, strength and innocence. Thank you for the love and support everyone has shown us in the past couple of days. It’s given us hope and strength and we can’t thank you all enough.” (Also Read: Emraan Hashmi's Son, Ayaan Declared Cancer Free After 5 Years Of Battle, He Was Diagnosed At 4)

Janhvi, we pray to God to give you all the strength. Guys, how did you like Janhvi’s childhood picture? Keep us posted!