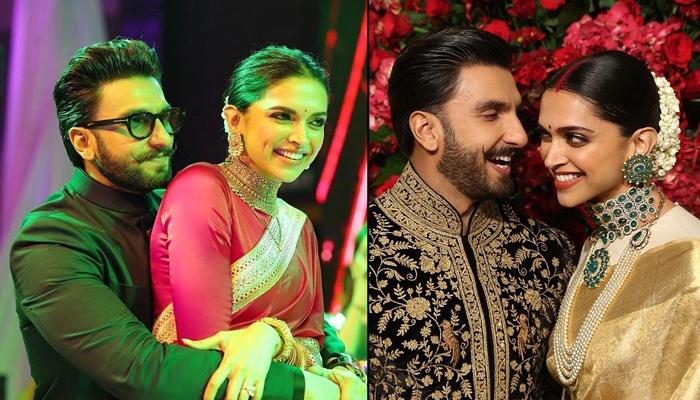 Deepika Padukone and Ranveer Singh embarked the journey of love and togetherness on November 14-15, 2018, when they tied the knot and became each other’s forever, as per Sindhi and Konkani rituals. Deepika and Ranveer or DeepVeer (as their fans fondly call them) have been giving major couple goals ever since they got married, through their interviews and public appearances. (Also Read: 'Simbaa' Ranveer Singh Reveals How He Acts At Home In Front Of Wife Deepika Padukone, Video Inside)

Their marriage had excited everyone to the core and made us wish to find a soulmate who would love and admire us the same way Deepika and Ranveer love each other. But soon after their wedding, people started wondering if like some of her fellow actresses, Deepika too will change her name post-marriage or not. And just like Sonam Kapoor Ahuja’s husband, Anand Ahuja added Sonam’s initial ‘S’ to his name and became Anand S Ahuja, will Ranveer also add his wife’s name or initials to his name?

Her statement, “Deepika Padukone, wife of Ranveer Singh Padukone” started conjectures that Ranveer might change his name and Padukone after Singh. Seems like the name changing has never been discussed by Deepika and Ranveer and it never crossed their minds. In an interaction with Hindustan Times, when Deepika was asked about her statement and whether her husband, Ranveer is actually planning to add her surname to his name, she retorted, "It's not true. In fact, after that interview, I realised that it's a conversation that Ranveer and I have never even had.” 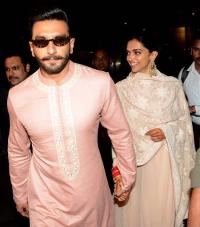 Deepika Padukone further added, “So, we haven't been like 'oh so do you think you need to change your surname?' That (chat about it in an interview) was, of course, a joke of sorts. It has never crossed either of our minds. When I was asked I was like 'oh, we haven't even thought about it.' Maybe, because it's not important. Also, I've worked extremely hard to create my identity and so has he. So my question is, 'why would he have to do that?' I think what people see of us is a very minuscule part of our entire being and existence. But at the core of it, we are very alike." 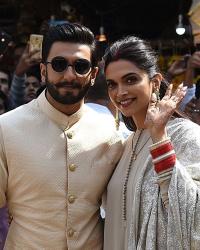 In an interview with Filmfare, Deepika revealed the most exciting part of her marriage with Ranveer, "You know, we're together. Of course, he's working, I'm working. But the fact that we just wake up to each other, I think that's the most beautiful thing." When the interviewer called her the ‘bride of the year’, Deepika joked as said, “Deepika Padukone, wife of Ranveer Singh Padukone” And when revealed to Deepika that someone trolled them by saying, “Aap saara paisa shaadi me khatam karoge kya?”, Deepika retorted, “Mere paas bohot paise hai, don’t worry!” (Also Read: Deepika Padukone Wants To Play Queen Of Ranveer Singh's Heart After Playing Mastaani And Padmaavati)

Ranveer Singh is on cloud nine after his marriage to the love of his life, Deepika Padukone and according to him, he would recommend marriage to the "entire young population" of the country. At an event that happened a few months ago, Ranveer had shared, "Marriage is a best thing that happened to me. I am flying. I feel some kind of magic, some kind of power. I feel invincible. I feel like I have grown up. I feel like a man. I feel grounded, I feel secure. It's just been 10-15 days and I am loving it. I would highly recommend it to the entire young population of this country. Take it from me, it is great." 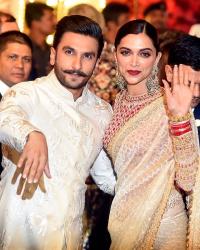 Ranveer continued by saying that Deepika is more evolved than him, "I respect and admire her for what she has achieved. She is a much greater person. I am treated like a nawab in my home, my family has spoilt me. While Deepika is truly an independent woman, she runs her show, she is the CEO of her world. She has achieved the pinnacle of success. She is so much better at everything. I have learnt very early on that the key to success (in marriage) is just to say yes to everything. And she will be happy and your happiness should be in her happiness. Just say yes to everything and you will sail through.” (Also Read: Ranveer Singh Talks About Anushka Sharma Attending His Wedding Reception, Says It Meant A Lot To Me) 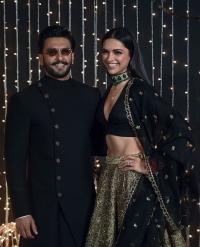 What do you think about the name-change ritual? Keep us posted!