Emraan Hashmi's Son, Ayaan Declared Cancer Free After 5 Years Of Battle, He Was Diagnosed At 4

Emraan Hashmi's Son, Ayaan Declared Cancer Free After 5 Years Of Battle, He Was Diagnosed At 4 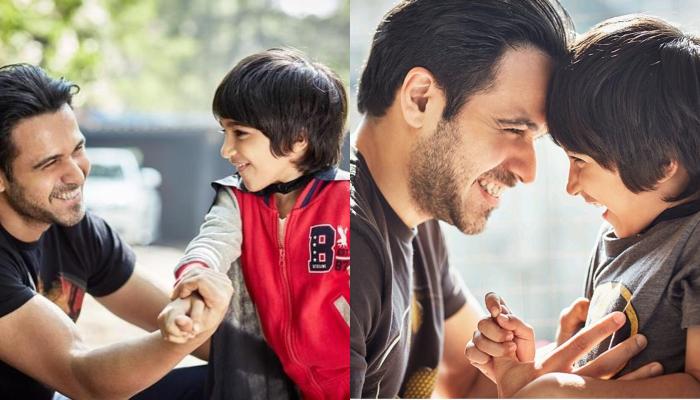 With news of so many celebrities getting diagnosed with cancer, we are left with a void inside our hearts. From Irrfan Khan to Rakesh Roshan, the cancer news is coming one after the other. But hold your breath, for this time it's not a diagnosis of cancer but rather battling it and coming out of it victorious. (Suggested Read: Mira Rajput Kapoor Celebrates Lohri With Father-In-Law And Sister-In-Law Without Hubby Shahid [Pics])

Emraan Hashmi's son, Ayaan has succesfully fought cancer and emerged victorious after battling it for long. The doting father took to social media to share the happy news. Sharing the following pictures, Emraan captioned these as, "Today, 5 years after his diagnosis Ayaan has been declared cancer free. It has been quite a journey. Thank you for all your prayers and wishes. Love and prayers for all the cancer fighters out there, hope and belief goes a long way. You can WIN this battle !!! #thekissoflife." 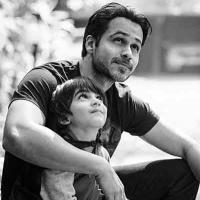 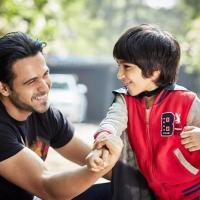 This is such a happy news, isn't it? Earlier, while talking about his son's cancer, Emraan Hashmi had said in an interview, "It didn’t anyway, in any way make any sense for us because there was no warning sign, there was no accompanying fever, there was no physical discomfort. There was only one thing that we missed as parents and that was the tumor that had grown on the left side was, there was a bump here and went unnoticed. We thought it (the tumor) was putting on weight and I think the first thing we felt was a feeling of guilt. He was 3 years 10 months then and we’ve made the choices for this kid and where did we go wrong?"

Emraan Hashmi wrote an autobiographical book titled Kiss Of Life based on his experinces with his son, Ayaan and the latter's fight with cancer. Talking about the same, Emraan once shared, "When we thought that this is going to be documented in this book, I thought it’s going to be an extremely painful journey to relive all of that once again. In some ways, moments brought about nostalgia because the book is not just about the episode of cancer, it’s about retracing how I was in college, school, my grandmother, my father and everyone from the family." (Don't Miss: Abhishek Bachchan Reveals Who Is He More Scared Of, Mother Jaya Bachchan Or Wife Aishwarya Rai) 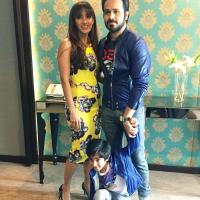 Post the book launch, when a media portal asked the Baadshaho actor if there is a moment in time that he will look back at and smile, he recalled of a race in school that Ayaan had participated in. Emraan was quoted as saying, "He did fall, twice, during the race, and came last. But when he reached the finishing line he looked at me with a smile and a thumbs-up. After that, he went around consoling the kids who were crying because they hadn't won, pointing out that participating in the race was what was important. That kind of wisdom I don't hear from even 50 year olds while my son, at six, is all grown up. A superhero with powers of his own." 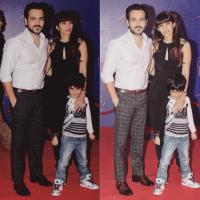 Emraan also once confessed that he sometimes feel guilty about Ayaan's cancer and blames it on himself. With an online tabloid, he shared, "You wonder what you did wrong. Was it the environment at home or something you gave him to eat?' The fear escalates, becoming deep-rooted after the chemo ends because now there is nothing left inside to fight the ailment, and continues through the remission. 'It's a knockout blow that life delivers, brings the castles in the air crashing down." 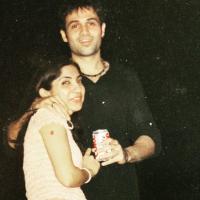 Emraan Hashmi has been married to his childhood love, Parveen Shahani since December 14, 2006. Ayaan was born on on February 3, 2010, and when he was 4, in the year 2010, he was diagnosed with a kind of kidney cancer. (Also Read: Taimur Ali Khan Returns From Europe Vacation, Joins Sister Inaaya Naumi Kemmu For Play Date)

Ayaan's battle with cancer and coming out of it like a warrior is truly inspirational, and a story which must be heard and shared.