Twinkle Khanna shares a warm rapport with her kids, Aarav and Nitara. On December 1, 2020, Twinkle shared a picture with Nitara and it was every mother ever.

Being a mother is the toughest job as one has to maintain an equal balance of being strict and friendly at the same time. And when one is a mother of a baby girl, then she definitely has to win her over and be her first best friend. A mother-daughter relationship is just like a wave in the sea, they have their share of ups and downs but cannot live a second without each other. Such a beautiful relationship is shared between actress turned author, Twinkle Khanna and her daughter, Nitara. (Also Read: Radhika Pandit Wishes Her Little Angel Ayra On 2nd Birthday With A Collage Of Her Childhood Pictures)

Twinkle Khanna aka Mrs Funnybones (her pen name) is a hands-on mommy and shares a warm rapport with both her kids, Aarav and Nitara. Just like her author mom, Nitara too spends the majority of her time with books and Twinkle has often shared glimpses of the same. On March 13, 2020, Twinkle had shared a monochrome picture with her voracious reader where the mother-daughter duo was seen reading their respective books. Twinkle had captioned the picture as “There is nothing better than lying down next to each other, engrossed in our own book, but still together. The greed to capture this moment of joy, to preserve it for a stage when memory will invariably be shrouded by the cobwebs of time, was overwhelming.” On December 1, 2020, Twinkle took to her IG handle and shared an adorable picture where she was seen combing her angel, Nitara’s hair and it was a sight to behold. Along with the picture, Twinkle wrote a funny caption which can be read as “Being a mom often means brushing her immaculately groomed hair one last time when you are the one who needs to run a brush through your haystack desperately #MadAboutMissy.” Once in an interview with the Mumbai Mirror, Akshay Kumar had talked about how difficult it is to babysit his daughter, Nitara when Twinkle is away. He had said that his wife (Twinkle Khanna) was once touring in Europe as his son, Aarav was in Oxford for a two-week study course. So, he had to babysit his daughter, Nitara and side by side he had to shoot for a film and that's when he had realised that it is hard to take care of a little girl. He had further admired his wife and had stated that he don't know how she multitasks. He had said, "I don't know how she writes, designs, looks after our children and still manages to stay calm on most days.” (Also Read: 'Aashiqui' Fame, Rahul Roy's Brother-In-Law, Romeer Sen Shares His Health Update After Brain Stroke) On September 25, 2020, Nitara had turned 8 and Twinkle had penned an adorable birthday wish for her angel. Sharing candid pictures of Nitara, Twinkle had written, “My little one turns 8! Along with all the strange and wonderful bits and bobs that seem to permeate her universe, the first copy of our children’s book-When I Grow Up I Want To Be.. has also been presented to her-for a review:) I don’t know what she wants to be when she grows up, all I know is that it’s happening too fast. #BirthdayGirl.” In a 2017 interview with the Elle magazine, Twinkle had talked about raising her daughter. She had said, "People always focus on their daughters, they teach them to be independent and liberated. But what about raising a feminist son? The best thing is to teach your kids that they each hold a place of value. Gender is irrelevant. But even if I’m speaking a certain language, my daughter’s exposed to other people. Her favourite show at the moment is this Barbie TV show, and when I asked her what she likes about it, she said “Barbie likes to shop.” That’s a terrible show!" (Also Read: Soha Ali Khan And Kunal Kemmu's 'Ghar Ki Laxmi' Inaaya Naumi Kemmu Aces Sneaker, Mask And Bindi Look) 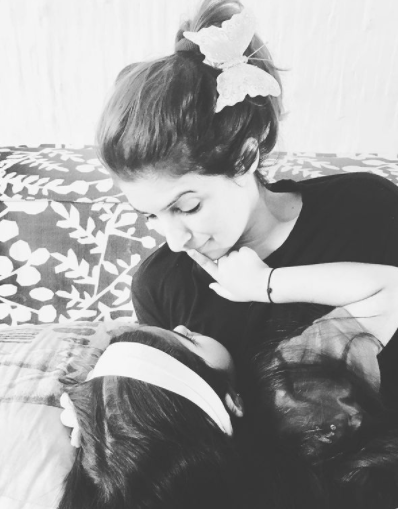 Does Twinkle and Nitara’s picture remind you of your mother-daughter moment? Let us know. 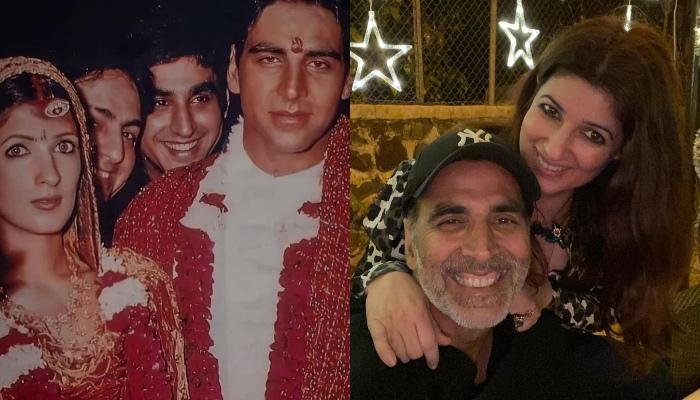