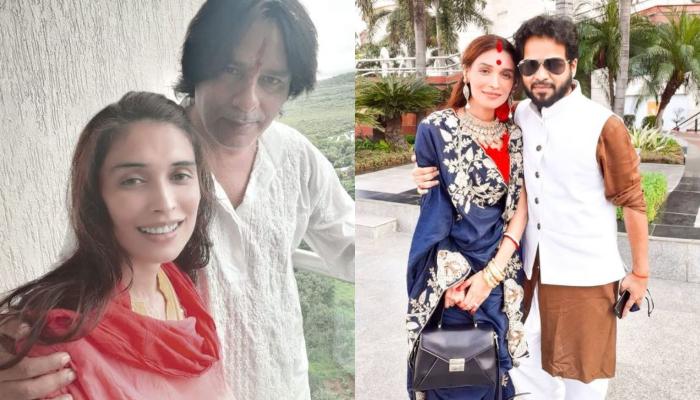 In the year 1990, a romantic film was released in July, which is still regarded as one of the most loved and beautiful love stories of all-time. Yes! We are talking about the musical love story, Aashiqui that had taught the real meaning of love to the youngsters of that generation. Both the lead actors, Rahul Roy and Anu Aggarwal, had made their debut with this film and had witnessed an overnight success after the release of the movie in theatres. (Recommended Read: Taimur Ali Khan's Culinary Session With Kareena Kapoor Khan And Saif Ali Khan Is The Sweetest Treat)

However, a lot of their fans had suffered a major scare when recently Rahul Roy had suffered a major brain stroke during the shooting of his upcoming film,  LAC - Live The Battle in Kargil. Since then, his fans were waiting for an official update about his health and now his brother-in-law, Romeer Sen talked about the same in his latest interview. Scroll down to know it!

In an interview with The Times Of India, Rahul Roy's Brother-in-law, Romeer Sen talked about his sale sahab's health status after the brain stroke and how much of an impact it had on his body and brain. Talking about the same, he said, "Rahul is now out of danger." Romeer also revealed that Rahul also started his physical and speech therapy and is showing good signs of recovery. Also, the whole family and Rahul's closed ones are with him all the time and taking good care of him. (Don't Miss: Allu Arjun's Wife, Sneha Reddy And Their Daughter, Arha's 'Finger Game' Video Is Mom-Daughter Goals)

For the uninitiated, Romeer Sen is married to Rahul Roy's sister, Priyanka Roy on August 7, 2020, and it was the doting brother, who had performed all the rituals including the kanyadaan in place of their late father, Shri Pralay Kumar Bagchi Roy. On August 11, 2020, Priyanka Roy had taken to her Instagram handle and had shared a long heartfelt note for her brother, Rahul Roy and her husband, Romeer Sen along with a cutesy photo from her wedding. Her post can be read as "August 7, 2020, Romeer Sen weds Priyanka Roy on this plane. I can never repay to my elder brother Rahul @officialrahulroy for doing kanyadaan and performing every ritual in place of my late father Shri Pralay Kumar Bagchi Roy, thank you Rohit bhaiya and Satyajit thank you for the blessings baba Krishnendu Sen maa Kajal Sen and brother @romanseninsta." Take a look:

Coming back to Rahul Roy's brain stroke, his upcoming movie's producer, Nivedita Basu had talked about the extreme conditions in which they were shooting at Kargil that had played a critical role in his brain stroke. She had said, "Rahul has been a close friend of the director, and he was the first one on the project. Kargil had extreme weather conditions, and they had gone up to -12°C and -13°C, so it was just a matter of time when someone would have succumbed to the cold, and I think that's exactly what happened with Rahul. His one day of the shoot was still left, but when we got to know about him, we told Nitin that we need to get him out." (Also Read: Puja Banerjee Announces Her Baby Boy's Name, Shares Partial Glimpses Of The Little Munchkin)