Tusshar Kapoor and Ekta Kapoor are two siblings, who are constantly compared every now-and-then, and now, Tusshar has opened up about the same. Scroll down to read more! 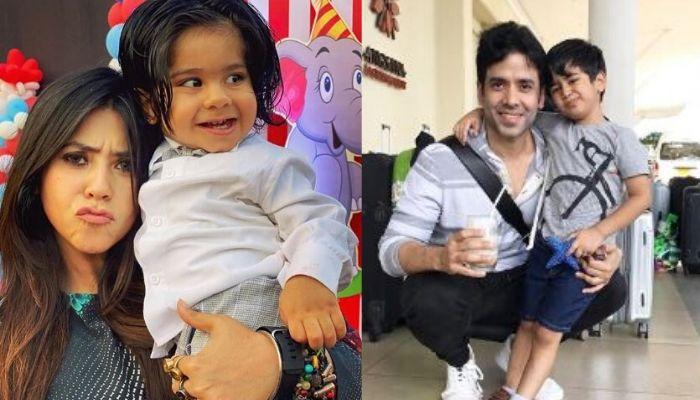 We live in a society of constant comparisons. You are often compared with who’s who to show where you are going wrong in life or even when you are not going wrong, you are still compared. People will always find something and someone to compare you with. We all have been there and done that. We hate it the most when we are compared with our siblings because that somehow breaks us a little within, no matter, how much we love our brother or sister. Tusshar Kapoor and Ekta Kapoor are two siblings, who are constantly compared every-now-and-then, and now, Tusshar has opened up about the same. (Also Read: Smriti Khanna's Husband, Gautam Gupta Plays A Brutal Prank, Scares Her With Her Own Mirror Image)

The brother-sister jodi of Tusshar Kapoor and Ekta Kapoor is known to all. You must be living under rocks if you don’t know about this sibling duo. Ekta Kapoor is hands down the queen of telly world and now, she is also taking over the Bollywood industry by storm, whereas, Tusshar Kapoor too has some great movies in his bag and his character in Golmaal series is loved by all. Tusshar’s decision of surrogacy to have a baby had also impacted his sister, Ekta, thus both are single parents to Laksshya and Ravie respectively. The two have been doing great in their personal and professional lives, but often people end up comparing them. 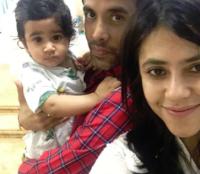 In a conversation with Pinkvilla, Tusshar talked about being compared to his sister, Ekta constantly. When asked if the constant comparison bothers him, he said that it never bothers any one of them. They both have faced highs and lows. He said, "No, it never really bothered me because we were in different career paths, she is a producer and I am an actor. There were some years when her work was successful and then there were some years when mine was. For example, when Golmaal would come out, there would be a hit in the family, we would celebrate that as well. We have both had our shares of ups and lulls. I don't think there is any scope for comparisons really." 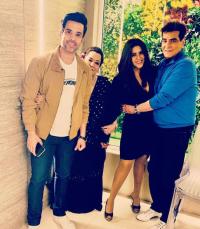 He also talked about how the two consciously try to maintain a distance from each other’s space, while being there for each other. He said, "Of course, logon ne bohut ungli karne ki koshish ki thi but we risen above that. We have had our fights also not just about career but otherwise also. We never stuck in that though. I keep my work away from her and she does the same. We try to strike a balance and consciously try not to encroach each other's space." Tusshar also shared his views on Ekta also turning into a single parent to Ravie Kapoor. He said, "She had told the entire family. We knew that she is having a baby. Thanks to Ekta, now Ravie is there and Lakshya has a younger brother. The family is complete." 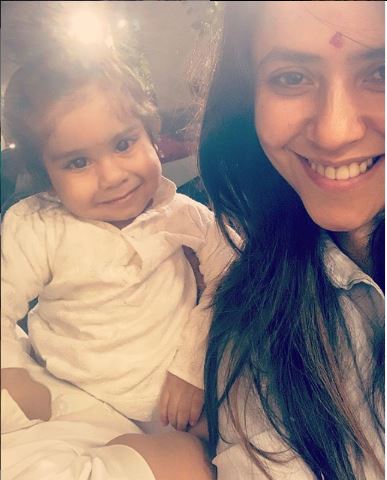 Talking about Ekta and Tusshar’s journey towards being a single parent, Ekta had once opened up about becoming a mother through surrogacy, in an interaction with a famous Indian author, journalist and film critic, Anupama Chopra. Speaking about the first time she had found out she was going to be a mom, she had said, “When I knew that the surrogate had conceived, and it was on June 7. On my birthday I got to know. I was a bit overwhelmed. I was like 'Okay this is happening. This is going to be a huge responsibility. I just wrote a show out which is going to be with an A-list Bollywood actress. It's called Mentalhood. It's about motherhood and every time we did the scripting about the Momzillas and the pressure you go through, the guilt you go through, tiger moms, helicopter moms, I was constantly feeling overwhelmed. But now I have realised that I have a lot of guilt even now.” (Don't Miss: Shahid Kapoor And Wife, Mira Rajput Kapoor Are Not Spending Lockdown In Mumbai But In This City) Earlier in an interview, Tusshar had also talked about his fatherhood journey, "I always wanted to be a father that was my first inspiration. It was something that came from within. Then, I met filmmaker Prakash Jha on the trip to Tirupati. On that car journey on my way back from Chennai, we spoke about this idea of becoming a single father and how it is possible. He enlightened me about the process. I took a few weeks, and thought about it. Introspected and made a firm decision to never turn back and fulfill my dream of being a single father." (Recommended Read: Ekta Kaul Soon-To-Deliver Baby, Says 'Our World Is About To Change', Thanks 'Papa' Sumeet Vyas) 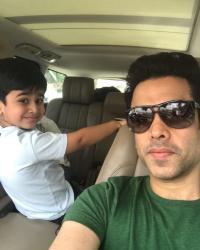 Have you ever been compared to your sibling? Let us know!