Smriti Khanna's husband, Gautam Gupta plays a brutal prank on her while she was asleep. Her reaction is hilarious! Check out the video inside! 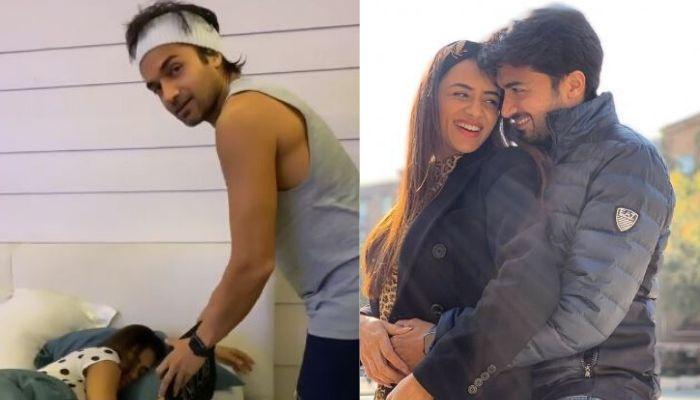 Smriti Khanna had gotten married to her Meri Aashiqui Tumse Hi co-star, Gautam Gupta on November 23, 2017, and both are the new parents in the town. The couple had started their journey of parenthood in April 2020 with the arrival of their little girl, named Anayka, which means powerful. Since then, Smriti has been the yummy-mommy of telly world as she has been stepping some milestone to be cherished for long. From starting to work out early after delivering her baby to hitting the trolls by storm for getting back in shape, the actress has been making headlines ever since her daughter has stepped into her world. (Also Read: Ekta Kaul Soon-To-Deliver Baby, Says 'Our World Is About To Change', Thanks 'Papa' Sumeet Vyas)

Often people consider that when a couple becomes parents, the love between them starts to fade away as most of their time is consumed by their kid. Smriti has ensured to break this myth as well. The actress makes sure that her baby’s time doesn’t affect her time with her husband. The two often shower love on each other and recently featured in a melodious song, Wajah. Other than this, the two are keeping the romance and quirk alive in their relationship with every other way possible. Recently, the two entertained each other and their fans by playing a prank. 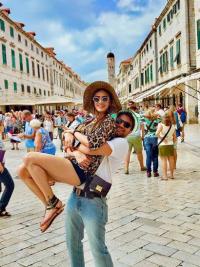 On June 3, 2020, Smriti’s husband, Gautam Gupta took to his Instagram handle to share a brutal prank that he played on his wife. Gautam wanted to prove that it is not only him, who is afraid of Smriti, and thus pulled the prank. In the video, we can see Gautam holding mirror right in front of Smriti’s face, who is asleep. He tries to wake her up to which she asks about the time, and wakes up to her mirror image and gets scared and starts shouting. Later on, as soon as she realised that it was a prank, she started hitting her husband. Sharing the video, Gautam wrote, “see I told you I am not the only one who is scared of you.. @smriti_khanna  #couplepranks #mrandmrsgg.” Take a look at the video below:

It all started with Smriti playing a prank on her husband, Gautam. Smriti took to her Instagram handle on June 2, 2020, to share the prank she played on her husband. In the video, we can see Smriti asking her husband to imitate her, to which he asks, what he will get if he wins, and Smriti says whatever he asks for. Gautam first looks sceptical of her game and later subdues in his wife’s demand. However, the game turns out to be a prank on him and he ends up losing the game. Along with the video, Smriti announces it to be a battle of couple pranks. She wrote, “For all you guys who have been waiting for this .. @mistergautam let the battle begin #couplepranks #prank #mrandmrsgg.” Take a look. (Don't Miss: Shahid Kapooor And Wife, Mira Rajput Kapoor Are Not Spending Lockdown In Mumbai But In This City)

After Smriti and Gautam had gotten engaged, she had shared their love story for the first time. Sharing the details about the moment when Gautam had popped up the question, Smriti had gushed, “We are here in Goa to celebrate Gautam’s birthday (which was yesterday, 13 April), and he just swept me off my feet with this lovely surprise. We started dating after Meri Aashiqui got over and I think its magical how we connected and found love. Our families are really excited, and it is an amazing feeling.” (Recommended Read: Ravi Dubey's Video With Wife, Sargun Mehta About Their Mornings Is An Epitome Of 'A Savage Husband') 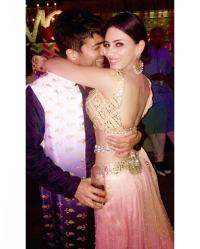 We are in awe of Smriti and Gautam’s chemistry and fun bond!