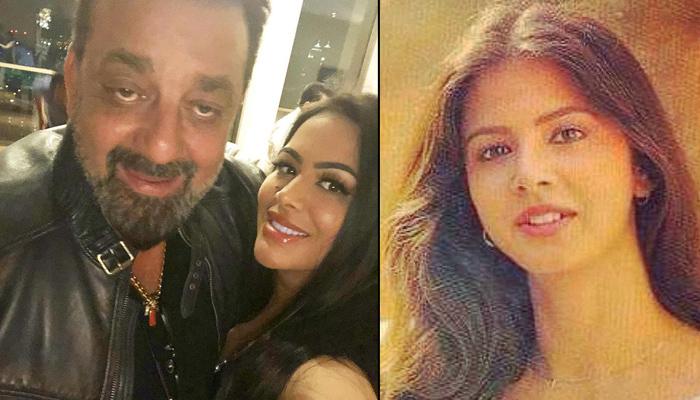 There is something about throwback pictures that we love! And let’s be honest, the nostalgia is too real when we open our archives and look back on the good old days. It's like a trip down the memory lane, filled with a lot of golden memories and hidden gems. So, while we all are enjoying the festive season to the fullest, here’s a throwback picture as a treat to our eyes. (Also Read: Trishala Dutt Wishes Half-Siblings Shahraan And Iqra Dutt On Birthday, Celebration Pictures Inside)

Sanju baba of the Indian film fraternity, Sanjay Dutt has always made it to the headlines, be it his personal life or professional life. After marrying and parting ways with two ladies, Sanjay found love in Maanayata Dutt and she became his third wife. Sanjay has three children, a daughter Trishala Dutt from his first wife, Richa Sharma and twins, Shahraan Dutt and Iqra Dutt from his third wife, Maanayata. 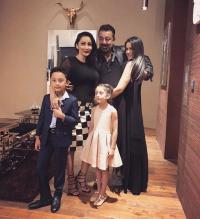 On November 7, 2018, Trishala took to her Instagram to give us a glimpse of the ‘just married’ couple, Sanjay and Richa. This throwback picture did take us a nostalgic trip and we just can’t stop staring at this adorable picture. Trishala captioned the picture of her parents as, “a selfie est. 1987 #justmarried #thesimplelife #treasuredmoments #memories”. 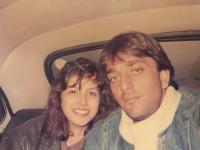 Recently, Shahraan and Iqra celebrated their eighth birthday, and Sanjay and Maanayata posted lovely birthday messages for them on Instagram. While Sanjay shared their family moment before the twins blew the candles on their respective cakes and wrote, “May God bless you two with a lifetime of love and happiness! Happy Birthday my babies.”, proud mom, Maanayata shared a photo from the 'birthday lunch', and captioned it, “Happy birthday my babies #birthdaylunch #zuma #8yearsold #proudmom #dubai #thankyougod”. 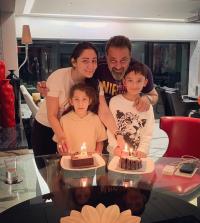 Shahraan and Iqra’s half-sister, Trishala commented on Maanayata’s post to wish the little munchkins. She wrote, “Happy Birthday my baby darlings!!! I love and miss you so sooo much all day everyday.” Trishala shares an amicable bond with her father, Sanjay’s second family and they are often spotted on family get-togethers. (Also Read: Sanjay Dutt's Daughter, Trishala Dutt Turned 30 YO, Step-Mom Maanayata Dutt Wishes Her On Birthday) 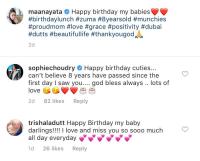 Trishala lives in New York with her maternal grandparents and has been brought up by them after the death of her mother. In a super-cool Instagram feature called 'ask me anything’, it allows a user to answer a question that their followers ask and put it as their Instagram story. When Trishala interacted with her fans through this 'ask me anything’ feature, a user asked her, “How is it living without your parents?” 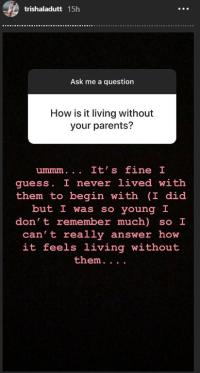 To which, Trishala replied, “It’s fine, I guess. I never lived with them to begin with (I did but I was so young I don’t remember much) so I can’t really answer how it feels living without them.” When another user asked her “How do you feel being Sanjay Dutt’s daughter?” Trishala candidly answered, “Honestly, it feels normal. He's like any other father. When I'm with him, it feels like I'm with my dad. It doesn't feel any different than what you probably feel when you are with your father.” 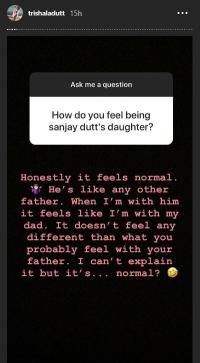 Another fan asked, “What’s one thing you admire about your dad?”, Trishala retorted, “I admire his sense of humour, he is actually very funny”. And when another fan asked her, who she looks like mom or dad, she answered, “My attitude and temper is like my dad. My kindness, gentleness and loving side are from my mom. My giving side and style are from both my parents.” 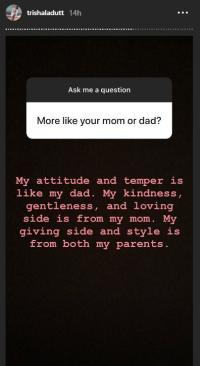 In a throwback interview, Sanjay Dutt shared that he would have broken Trishala’s legs if she had chosen acting as her career. Sanjay had said, “She has specialised in forensic science... And I think that’s the great thing to do. Even if she wants to join the industry, she has to learn Hindi because American (English) will not work here. It is not easy to be an actor. It looks easy but it is quite difficult. I would have broken her (Trishala’s) legs if she had chosen acting.” (Also Read: Young Trishala Sitting On Sanjay Dutt's Lap Will Remind You Of Your Childhood Pose With Daddy) 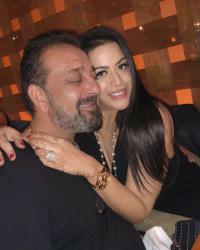 Isn’t it such an adorable picture of Sanjay Dutt with his wife, Richa Sharma? Do let us know in the comments section below.