In an 'Ask me anything' session on Instagram, a fan asked a very obvious question from Ileana about her relationship status and her reply made us ROFL! Check out what did she say! Ileana D'Cruz had won our hearts with her lauding performance in the movie, Barfi and since then we have been her ardent fans. From accepting herself to be skinny to turning out into this gorgeous diva, we loved Ileana in all shapes and sizes. Ileana's Instagram handle is not just about some stunning pictures, he actress, here and there, shares some memes and a lot of wisdom, and sometimes her 'sass'! (Recommended Read: Arjun Rampal Dazzles On The Cover Of GQ With His Daughters, Mahikaa, Myra And His Son, Arik)

Ileana's candid, sassy avatar is often seen in interviews and talk shows, and we're in awe of just how she conducts herself so gracefully. Her elegant candour and 'sass' makes her stand apart from the rest of her contemporaries. Scroll down to know what happened when a fan asked her if she is single or in a relationship! 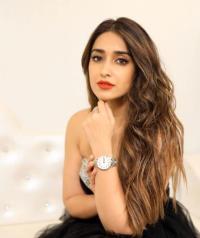 Getting bored in the house, Bollywood diva, Ileana D'Cruz decided to host an 'Ask me anything' session on her IG handle with her fans, and that's when the fun started. Ilena D'Cruz has garnered millions of fans courtesy to her fine acting and incredibly cute, goofy looks. Her fans asked a lot of fun questions from her, some even flirted with her and tried cheesy pickup lines, and we absolutely loved Ileana's fun, goofy replies to all of them. Though one question that stood out from the rest was a generic one, her sassy reply to it made us go ROFL! A fan asked her the obvious question whether she's single or in a relationship, to which, Ileana replied, "Well, aren't we nosey?" Check out the screengrab of the same below: 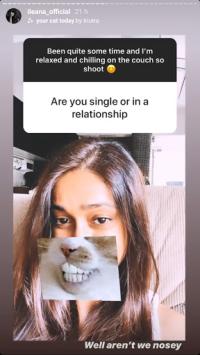 Further, into the fun questions and answers, a fan asked Ileana what she does when someone flirts with her and she replied, "More often than not I'll say something inappropriate or awkward that'll mostly make us both uncomfortable." Now, if that isn't relatable, then what is? Some fans also wen ahead and dropped cheesy pickup lines, and Ileana had the apt response for all of them. One of them wrote, "Do you have a band-aid cause I have just scratched my knee falling for you" followed by a red heart emoji. To which, Ileana used a blushing picture of her in the background and replied, "Oh you cheeky." Another one said, "Are you Google? Because you have everything, I'm searching for." On this, Ileana wrote, "I swear I have never heard these kinds of pickup lines before." A fun one said, "Are you a fan of star wars? Because Yoda only one for me." Ileana posted a blurred, smiling picture of her on this and wrote, "Seriously you guys." Take a look at the screengrabs of the same below: 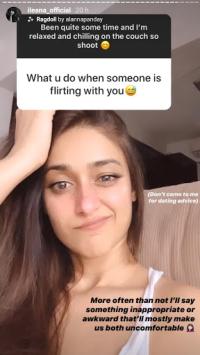 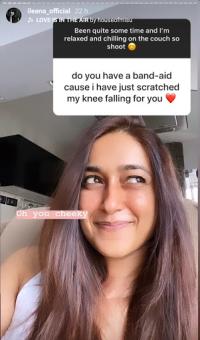 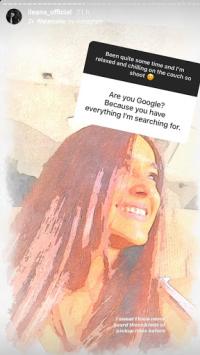 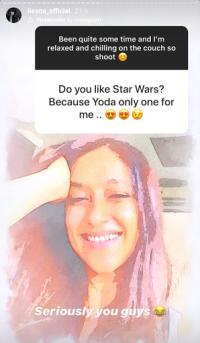 For the uninitiated, Bollywood beauty, Ileana D'cruz was in a relationship with an Australian photographer Andrew Kneebone for a long time but had gotten separated in August last year, reportedly. None of them had made an official statement about the same but had unfollowed each other on Instagram. Ileana had also deleted their pictures together from her Instagram handle. Talking to the Hindustan Times amidst all the speculations, she had said, "I went to a therapist and she told me to accept the compliments. I have accepted myself now and I am doing well, but staying in love is a different thing. Having a partner makes you feel calm and secure, but your mental well-being is far more important. I am not ready for love, I am very happy where I am. I am falling in love with myself." (Also Read: Maanayata Dutt On Having A Difficult Time Being Accepted By Sanjay's Sisters [Throwback Interview])

While they were in a relationship, Ilena had refrained from talking about him publically. Addressing the same issue, she had said to the Hindustan Times, "Initially, I was told to not speak about my relationship. And while I don't have an issue talking about it, it's unfair that people are being unnecessarily harsh to him (Andrew). It is unfair to subject him to harsh comments just because I am a celebrity. He is entitled to his privacy and respect and he deserves both in equal measure. He is a great person, and it did affect me when people left harsh comments on my social media posts. But I do give it back to nasty trolls." (You May Also Like: At Rangoli Chandel's Housewarming Party, Sister, Kangana Ranaut Showers Love On Her Nephew, Prithvi)

Well, Ileana D'Cruz is our go-to person for sassy replies!