Trisha Krishnan's Rumoured Beau, Simbu's Photo With His Nephew From His B'day Will Melt Your Hearts

Trisha Krishnan's Rumoured Beau, Simbu's Photo With His Nephew From His B'day Will Melt Your Hearts One of the most popular and widely known South actors in India, T.R. Silambarasan a.k.a., Simbu is the eldest son of famous veteran director and actor, T. Rajendar. The actor is famous for his brilliant dialogue delivery and dipping deep into his characters. The actor was last seen in Vantha Rajavathaan Varuven last year, which was directed by the acclaimed director, Sundar C and was well received by the audience. As for now, the actor is spending a lot of quality time with his family in the lockdown amid COVID-19 pandemic. The actor never skips a chance to share glimpses of his family time on Instagram with his fans. (Recommended Read: Gauri Khan Reminisces The Time When She Was Married At Son, Aryan Khan's Age With Throwback Picture)

However, this time around, it is Simbu's adorable picture with his little nephew, Jason that is getting widespread all over the internet like a wildfire for all the adorable reasons. Scroll down to take a look at it! On July 31, 2020, Maanadu actor, Simbu's doting sister, Elakkiya took to her Instagram handle and posted a beautiful throwback picture of her brother with her little son, Jason. The picture is from one of Jason's birthdays as we can see the doting mama, Simbu helping his nephew in cutting his birthday cake. The mama-bhanja are looking quite handsome in the photo, while Simbu looked dapper in his blue printed t-shirt with khaki coloured shorts, the little prince looked handsome in his yellow shirt. Along with this adorable picture, Elakkiya wrote a caption and it can be read as "Jason's pre birthday celebration with his maama #throwback." The same picture is posted by the actor on his Instagram handle and he has captioned it with a red heart emoticon. Take a look. 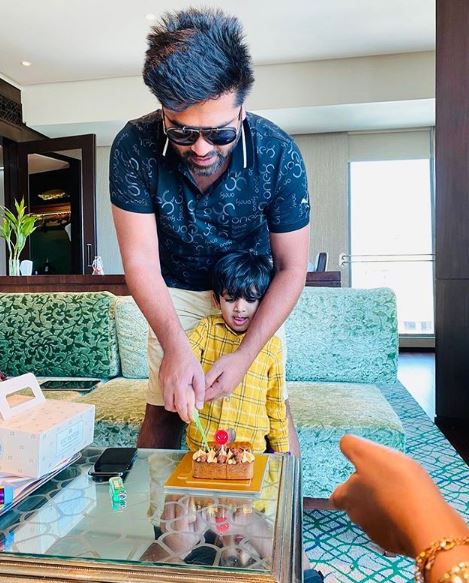 Well, talking about Simbu's personal life then the actor has been in headlines for a lot of ongoing reports about his relationship. The rumours of him getting married to one of the gorgeous and ethereal beauties of the South Indian film industry, Trisha Krishnan are riding high on everyone's lips. As we all know that Simbu is single right now, after his break-up with South actress, Nayanthara. However, according to Pinkvilla, Simbu's parents had reacted to these rumours and had said, "We are looking for a suitable girl for Simbu based on his horoscope. We will announce the news to the world once we find the perfect girl for him. Till then, kindly do not believe in baseless rumours about our son's wedding." 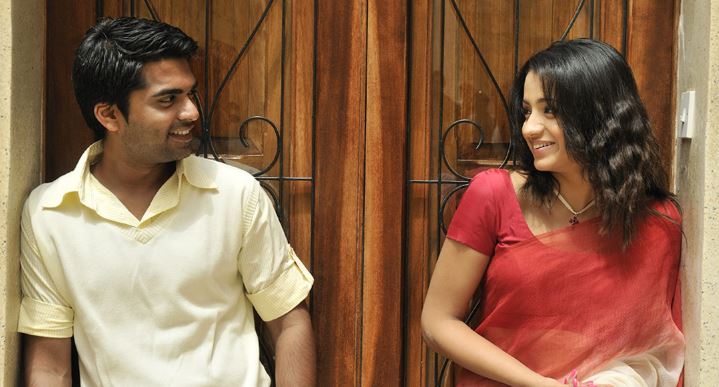 It all had started after South superstar, Rana Daggubati had revealed that he had gotten engaged with his fiancee, Miheeka Bajaj, and the entire spotlight had centred on Rana's ex-girlfriend, Trisha Krishnan's marriage plans. Which bought her Vinnaithaandi Varuvaayaa and Alai co-star, T.R. Silambarasan a.k.a., Simbu into the spotlight, with whom she shares a great bond and their chemistry on-screen is one of the best in South industry. (Don't Miss: 'Kundali Bhagya' Actress, Anjum Fakih Ends Relationship With Boyfriend, Kettan Singh After One Year) 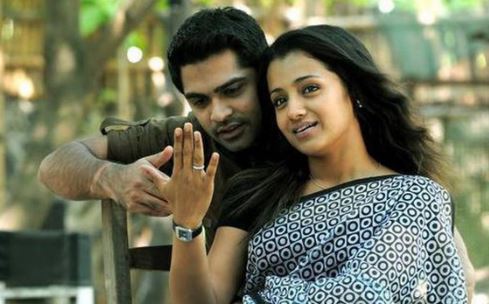 For the uninitiated, the chemistry of Trisha and Simbu in their hit-film, Vinnaithaandi Varuvaayaa is one of the core reasons for all these ongoing rumours about their wedding. The way the two actors had portrayed their respective characters, Kartik and Jessie in the film had created magic on the big screen. Also, the two had created a big space for themselves in the hearts of people. They are simply one of the cutest and most adored on-screen jodis of the South industry. The icing on the cake is their beautiful bond and friendship off-screen, which people had witnessed time and again through their adorable PDAs at the parties and get-togethers. It'll be interesting to see how and when Trisha and Simbu will react to these ongoing reports about their possible marriage. (Also Read: Shahid Kapoor Tries The 'Blue Eyes Filter' And His Brother, Ishaan Khatter Posts A Hilarious Comment) Do you want to see Trisha and Simbu getting married? Let us know!