Time and again, Ayesha Shroff has been roaring like a tigress to protect her son, Tiger Shroff, and the same has happened again. Scroll down to know more! 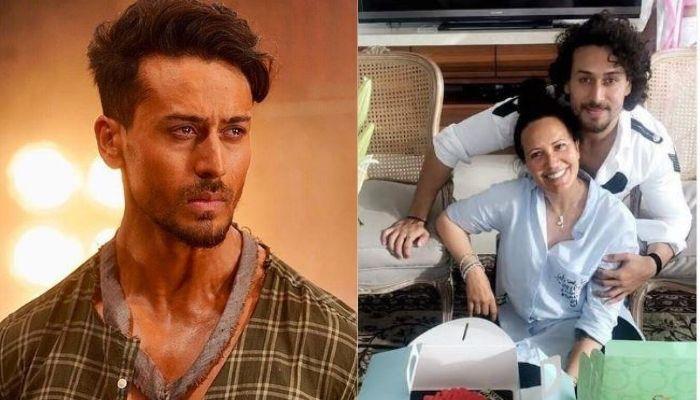 A mother is the one, who will always wrap her child in her arms to ward off all the evils. They are the best gift God can give to anyone because they are an angel in disguise. The song, Tujhme Rab Dikhta Hai, Yaara Main Kya Karu is a song that is apt for every mother, because she can become anything when it comes to her child. A mother is a shield for her child and Ayesha Shroff is exactly like that for her son, Tiger Shroff. (Also Read: Rana Daggubati and Miheeka's Forest Theme Wedding Was Inspired by This Painting [Picture Inside])

Bollywood actor, Tiger Shroff's mother, Ayesha Shroff is the kind of mother, who never shies away from showering her love and affection on her kids in public through her social media posts. However, her social media presence is not just limited to showering love, but also to protecting her kids. Time and again, Ayesha Shroff has been roaring like a tigress to protect her son, Tiger, and the same has happened again. Scroll down to know more!

As the debate of nepotism has again gained momentum, star kids are targeted like never before, and one of them is Tiger shroff. Tiger’s mother, Ayesha took to her IG handle to share a shirtless picture of her son from his film, Baaghi 3 to defend him. On the picture, we can read a message, which stated, “Safalta meri, jalte koi aur hai; mehnat meri, thakte koi aur hain.” She shared the picture with three red heart emoticons and tagged her son, Tiger in the post. Tiger’s fans appreciated her for the gesture! Take a look:

The blame game has begun with the nepotism debate and every prominent name of Bollywood has been picked on. A few days back, filmmaker, Anurag Kashyap was battling the nepotism debate and his tweet had irritated, Tiger Shroff’s mother, Ayesha Shroff. Anurag had taken to his Twitter handle and had retweeted a collage of Tiger and Taimur Ali Khan. Along with it, he had written, "This is nepotism by media ..? Why?? Because this is what you the audience wants to see .. So isn’t it nepotism by you the audience too??"

The tweet of Anurag Kashyap had not gone too well with Tiger’s mother, Ayesha Shroff, who had roared on him for his caption. She had replied on his retweet, "Yo! Don’t involve my kid in this!!he’s here on his own hard work entirely". Anurag was quick to realise his mistake and had immediately responded to her on the same thread by writing, “I am sorry Ayesha .. I meant it for how media chases “Taimur”. Sorry to have hurt you . Just read this."

On June 2, 2020, Tiger Shroff's mother, Ayesha Shroff had taken to her Instagram handle to share an adorable unseen childhood picture of her lifelines, Tiger Shroff and Krishna Shroff. She had shared a monochrome picture that had encompassed the purest form of love and affection a pair of siblings has for each other. Little Tiger and Krishna could be seen hugging each other with mischievous smiles dripping from their faces. Ayesha had also put a nice video effect on the picture and had captioned it as "My life @tigerjackieshroff @kishushroff," followed by five red-heart emojis. (Don't Miss: Rhea Kapoor Has An Epic Reaction To Dad, Anil Kapoor's Youth, Reveals All The Junk Food He Eats)

On May 16, 2020, Ayesha Shroff had taken to her Instagram handle to post a rare and unseen picture of her son, Tiger with his grandmother, Rita Shroff. The beautiful picture was a throwback from Tiger’s childhood. In the picture, we could see Jackie Shroff’s mother, Rita Shroff smiling for the camera holding her grandchild, Tiger in her arms. Baby Tiger was sitting on her lap, looking somewhere with his beautiful eyes. Along with the unseen picture, Ayesha Shroff had written a caption that could be read as “Dadi and angel goonda @apnabhidu @tigerjackieshroff @kishushroff.” (Recommended Read: Shweta Bachchan Nanda Gives A Savage Reply To Son, Agastya As He Welcomes Mamu, Abhishek Home) 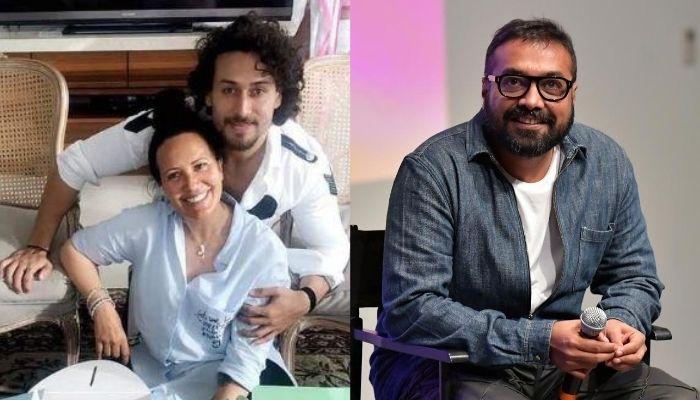 A mother is a miracle, a blessing, an angel, who can ward off her child from every evil. Probably this is the reason why they say, ‘Suna hai har jagah bhagwan nahi hota Isliye to unhone maa banai hai’. They are the best gift of God to the mankind and the reason why we cannot imagine