All of us cherish those lovely moments we had spent with our siblings and our grandparents. Here we have stumbled upon a throwback video of baby Kareena, Ranbir and Riddhima Kapoor.

The relationship between a brother and a sister is as pure as it could get. They both are partners in crime in whatever you do, each other’s support system, you might fight like cats and dogs, but the love you share with each other is beyond anything else. Such is the case with Bollywood cousins, Kareena Kapoor Khan and Ranbir Kapoor. Due to their hectic schedules, the two might not see each other quite often, but their relationship has been kept intact. (You May Also Like: Karisma Kapoor Wanted To Act In Grandfather, Raj Kapoor's 'Henna', Had To Opt-Out For This Reason)

All of us cherish those lovely moments we had spent with our siblings and our grandparents. Lucky are those who get to live life with their daadu-daadi and nanu-nani. After Instagram has come up, we have been very fortunate to see the gems in the form of throwback videos. And here we have stumbled upon a throwback video of baby Kareena Kapoor, Ranbir Kapoor and Riddhima Kapoor Sahni with their daadu, Raj Kapoor. 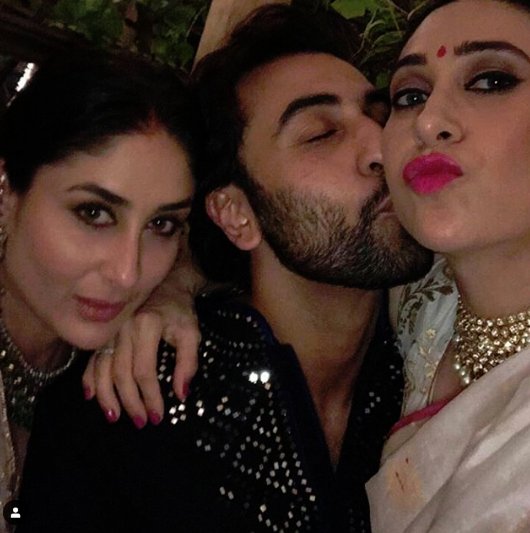 Right after her success in Bollywood with Kabhi Khushi Kabhi Ghum, the 21-year-old Kareena Kapoor Khan had appeared on Simi Garewal’s show Rendezvous With Simi Garewal in the year 2002. And while discussing her relationship with her grandfather, Raj Kapoor, Simi ji had asked Bebo if she could show her a surprise. And the surprise was a short clip of the Kapoor kids with their grandfather, Raj Kapoor from the archives. (Also Checkout: Kareena Kapoor Reveals One Regret She Has When Asked About Father-In-Law, Mansoor Ali Khan Pataudi) 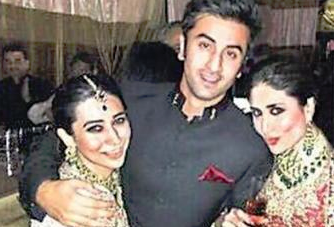 In the throwback video, we can see Raj Kapoor sitting on a jhula and little kids, Riddhima, Ranbir and Kareena come up to him and hug him. On the other hand, he can be seen showering his love on them, kissing Kareena’s forehead and even teasing Ranbir. He asks Ranbir to wear new clothes, and then directs it to other kids, to which Kareena laughs off and then, Ranbir says, ‘Jab nahaunga tab pehnuga.’ Here’s the cute throwback video of Ranbir, Riddhima and Kareena with their loving dada, Raj Kapoor:

Sometime back, when Kareena Kapoor Khan was asked about sharing screen space with cousin, Ranbir Kapoor, she had said, “I would love to do a film with Ranbir, it will be wonderful. The chemistry will be unbelievable. I am deeply fond of him. So, never say never, and hopefully someone will write a script. I feel Ranbir is one of India’s greatest actors. For me, he is always above the film. I truly believe he is the best. I think both Ranbir and Ranveer (Singh) will take (Hindi) cinema to another level.” (Also Read: Rare And Unseen Pictures Of Rishi Kapoor: A Throwback To His Childhood And Moments Spent With Family) Once Ranbir Kapoor had asked Kareena about the things that one needs to keep in mind before planning a surprise party and there, Bebo gave a rather perfect reply. Kareena was quoted as saying, "You need to know what that person really wants...Their likes and dislikes and whether they get impressed by a sweet romantic dinner or a wild party. It depends on how the person is. So, you've got to choose between date night and a wild one. For instance, Saif likes to chill, hang out, listen to jazz and have some wine so I always plan it that way. A quite date night with just me for company. But if I had to plan one for you then it would be very wild. It all depends on the person and the timing." 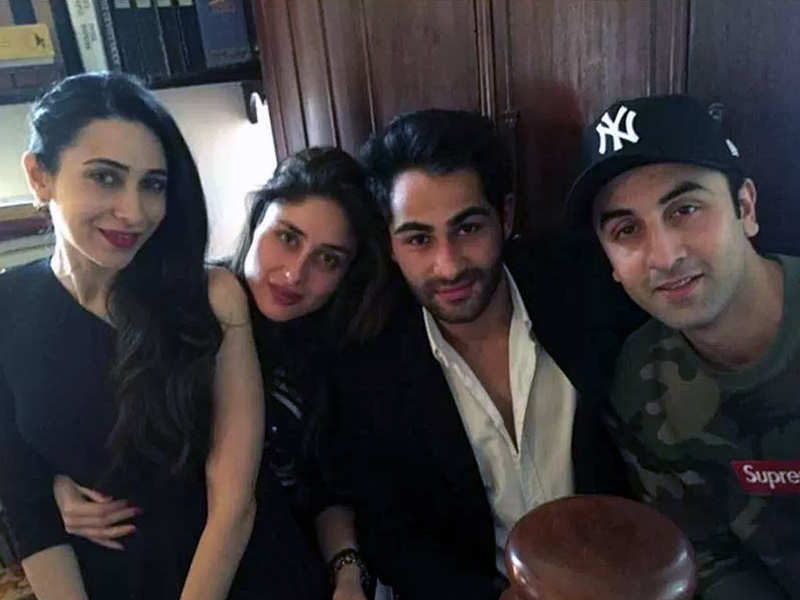 In an interview with the Hindustan Times in 2014, Kareena had shared that Ranbir happened to call her mistakenly when he was in South Africa. Explaining the incident in detail, Bebo had remarked, “Ranbir happened to dial my number by mistake when he was in South Africa. I think his phone was in his back pocket and mistakenly, the phone got dialled. I got a missed call at 2 in the morning. I called him the next day and asked, ‘Kareena, Why were you calling so late? What happened?’ He said, ‘I didn’t call you’. So I thought, ‘Chalo, isi bahaane baat toh ho gayi’ (at least we got to talk as a result).” (Check out: Arjun Kapoor Revealed How Arpita Khan Had Dumped Him And His Bond With Salman In Throwback Interview) 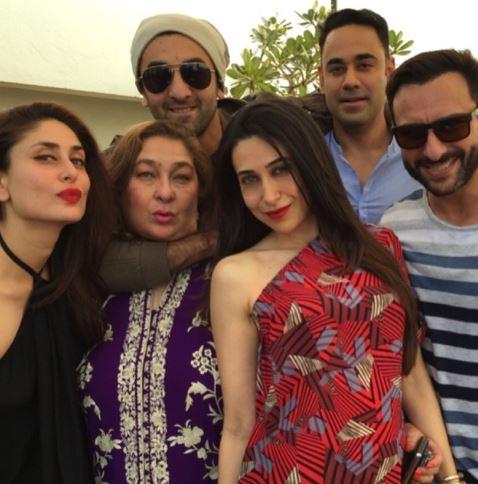 She further went on to add, “It was fun. We talked [for a bit]. Ranbir loves to visit his friends at 2 am. So, he has threatened to come to our house for a drink. I told him, ‘Please come, but 2 baje raat ko mat aana (laughs; don’t come over at 2 in the night). Nobody is awake in my house [at that time]. We like to sleep by 12 am.” In fact, once in an interview, Ranbir had stated that he doesn’t talk much with Kareena and is closer to brother-in-law, Saif Ali Khan. The doting brother in a light mood has said, "Zyadatar Kareena aur main baat nahi karte (Kareena and I hardly talk). We meet very rarely. I am very close to Saif, my brother-in-law. Our sensibilities are very similar- Saif and mine. I really enjoy meeting him, talking to him." (Also Read: 15 Bollywood Celebrities Who Dumped Their Partners After They Became Famous Stars) In an interview earlier, Randhir Kapoor had talked about his father Raj Kapoor and had stated, “Someone like Raj Kapoor is born once in 100 years. He was a one-man circus all by himself. Every man cannot be Raj Kapoor, like how every singer cannot be Lata Mangeshkar or Mohd. Rafi. All that I have learnt about cinema is from my father but all that we have learnt about life is from my mother. She has contributed immensely to our lives and we are very thankful to her.”

Such a lovely throwback video of Kapoor kids with their grandfather, Raj Kapoor! What do you guys have to say about this throwback video? Do let us know!