Did you know that Rishi Kapoor’s niece and Randhir Kapoor’s daughter, Karisma Kapoor wanted to act in the film, 'Henna' but had to let go off her dream? Read on to find out! The Kapoor khandaan is the first family of Bollywood and it has to be as every generation of this family has given some gems to the entertainment industry. From Prithvi Raj Kapoor to Raj Kapoor to Rishi Kapoor to Ranbir Kapoor, every generation of this family has proved their mettle. Not just the males of the family, the daughters of this family, Karisma Kapoor and Kareena Kapoor too had changed the dynamics of Bollywood and also of their family. The females of the Kapoor khandaan were not allowed to work in the films earlier, but Karisma had changed the family norms and had also made a path for her little sister, Kareena to make her way into the movies. (Also Read: Janhvi Twins With Sister, Khushi In A Saree, Holding 'Amma' Sridevi's Hand In This Childhood Picture)

The Kapoor family had faced a setback on April 30, 2020, when veteran actor, Rishi Kapoor had left the family and film industry for his heavenly abode. Rishi Kapoor had been a part of some cult pictures and had given multiple hits during his career. The list of his hit films include the 1991 romantic film, Henna which was directed by his late father, Raj Kapoor, who had passed away during the course of the film, and the film was later on directed by his elder brother, Randhir Kapoor. But did you know that Rishi Kapoor’s niece and Randhir Kapoor’s daughter, Karisma Kapoor wanted to act in the film, but had to let go off her dream? Yes, Karisma had made her debut in Bollywood in the same year with the film, Prem Qaidi, however, the actress had wanted to act in her grandfather, Raj Kapoor’s film Henna. Karisma had revealed this fact in one of her throwback interviews. The actress had talked about how she would have loved to be a part of her grandfather’s film, but things did not work out, as the film had featured her Chachu, Rishi Kapoor. The late veteran actor, Rishi Kapoor had played the lead role in the film and rightly, the family had thought that it would lead to various gossips about a niece romancing her uncle, which will not work well for both the actors. This had made Karisma drop her idea of being a part of her grandfather’s film. 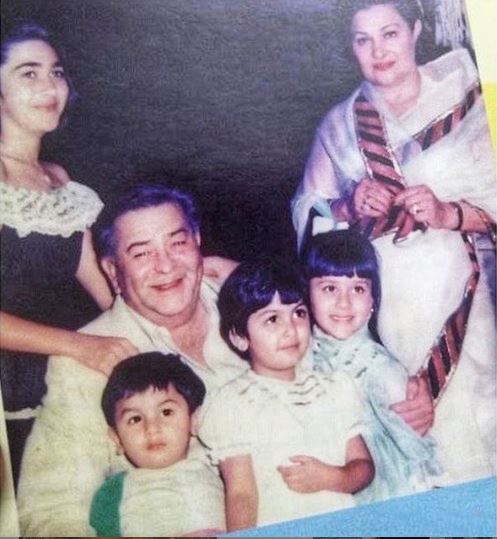 Rishi ji’s death had come as a shock for the entire nation. On the same day, his niece, Karisma had taken to her Instagram handle to remember her Chintu uncle. She had shared a childhood picture of herself with her grandfather, Raj Kapoor, and chachu, Rishi Kapoor. Along with the adorable picture, Karisma had written an emotional note for her Chintu chacha. Her not could be read as “Always looking over family… Chintu uncle will miss discussing food and restaurants with you... #uncle #legend.” (Don't Miss: Sunny Leone And Daniel Weber's 19 Crore Worth Mansion In Los Angeles Is What 'Dream Come True' Means) 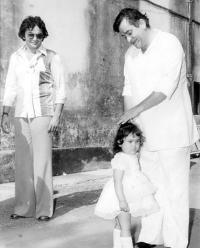 Like every other member, Karisma too has been mourning the loss of a family member. On May 1, 2020, Karisma had taken to her Instagram handle and had shared a throwback family picture from her dad, Randhir Kapoor’s birthday celebrations. In the picture, Rishi Kapoor could be seen happily posing with the Kapoor khandaan. The picture had also included Neetu Kapoor, Randhir Kapoor, Babita Kapoor, Kareena Kapoor, Saif Ali Khan, Rima Jain, Aadar Jain, Armaan Jain, and other family members. She had captioned the picture as “Family” followed by a heart emoticon. (Recommended Read: When A Crying Shah Rukh Khan Said Mean Things To His Mother, Lateef Fatima Khan On Her Death Bed) 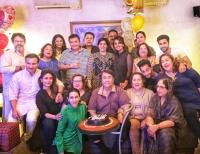 Would you have loved to see Karisma Kapoor with her uncle, Rishi Kapoor in the film, Henna? Share your views!