The Chandel family has moved into their new house and Rangoli Chandel took her fans on an inside tour of her home. Rangoli also thanked her sister, Kangana Ranaut for always being there for them.

She is your ‘person’, who dances out with you when life makes you question your existence. She is privy to the screenshots of the most private conversations of yours and becomes your confidante when you need to get something off your chest. Be it the odd afternoons visits or 4 am calls, she will be your superhero armed with survival kits to somehow make everything alright. For B-town’s Queen, Kangana Ranaut and her sister, Rangoli Chandel, not only they are each other’s pillars of strength, but also professional advisers and fashion polices. And now, Kangana had even turned interior designer for her elder sister, Rangoli. (Also Read: Gauri Khan Gives A Never-Seen-Before Peek Inside Mannat, Shah Rukh Reveals What Makes Home Beautiful)

It’s been a few days since Kangana Ranaut and Rangoli Chandel have been hitting the headlines for the latter’s new home in a small village in Himalayas. On May 19, 2020, Rangoli had posted an array of pictures from the griha pravesh puja of her new home and had revealed how Kangana had made it special for her. Sharing the pictures, Rangoli had written, “In this lockdown it was getting difficult to travel to my house site, luckily we were in green zone so Ajay and I decided to live in the house to get remaining exterior work done. We decided to postpone our house warming party and only did Pooja, in the morning when Kangana saw me leave for my house she was shocked to see me in my track suit almost screamed aren’t you getting ready??”

Rangoli Chandel had further revealed how Kangana Ranaut had dressed her up for the puja, making it super-special for her while the 33-year-old actress had worn her sister’s first Karwa Chauth saree. Rangoli’s post had continued, “I was like no one is coming ... she said it’s a special day just do little something and the little something she did was steamed my Paithani Sari ... made me wear my wedding jewellery, did my eye make up and she herself wore my first karva chauth sari... then she ran to get flowers from her garden, decorated my hair ... and result is here sharing with you all ... I sometimes wonder people who don’t have enthu lil fashionista sister ... how do they manage their lives, it indeed was a very special day, and she looked so beautiful in my sari.” 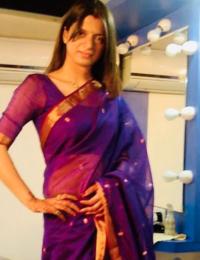 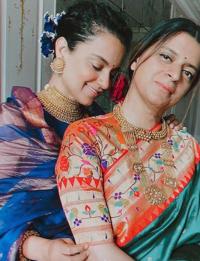 Now that the Chandel family had moved into their new abode, Rangoli Chandel took her fans on an inside tour of her home. Revealing the name of her home sweet home, Rangoli captioned the pictures as “We named our house “ Villa Pegasus “ it’s a Greek word which means an immortal winged horse, it’s named after the building in Mumbai where Ajay and I started our married life in an apartment, I also conceived Prithavi there, sharing some pictures of our home with you all, but pictures don’t do justice to it’s beauty, it’s not a house it’s a blessing” and “Dreams do come true.” (Also Read: Amitabh Bachchan And Jaya Bachchan's 100 Crore Worth Home, Jalsa Exudes Royalty, Take An Inside Tour) 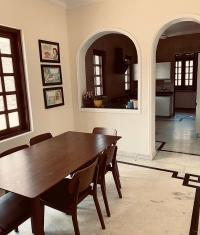 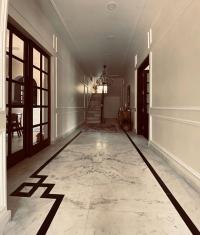 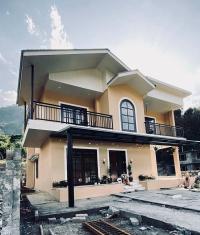 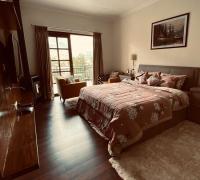 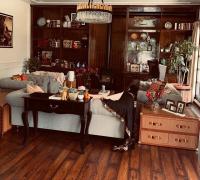 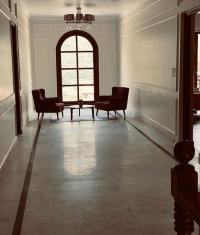 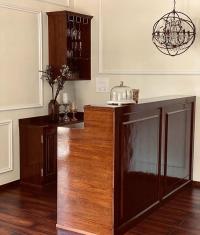 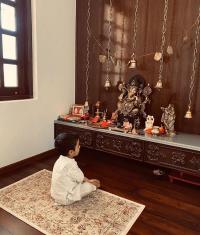 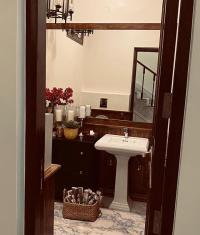 In a picture with her husband, Ajay and her sister, Kangana Ranaut in the frame, Rangoli Chandel thanked her doll for always being there for them. Rangoli wrote, “No words to thank our doll for being there for us in so many ways, also would like to mention she used only local material for construction and ordered everything for interiors online while she was on various shooting locations, amazed with the super efficient deliveries to our home in small village in Himalayas, our Indian brands quality is far better than many international brands today and they are super affordable as well #proudindian #aatmanirbharBharat #Indiansarethebest” as the caption. 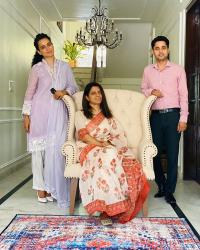 Kangana Ranaut made sure to make her nephew, Prithvi’s first steps inside the house, special and welcomed him with 'aarti, pooja and of course halwa'. Sharing the pictures, Rangoli had written, “Prithu’s maasi is an expert in making every little occasion in to a celebration.... when little Prithvi came home for the first time he was welcomed with aarti, Pooja and of course halwa.” 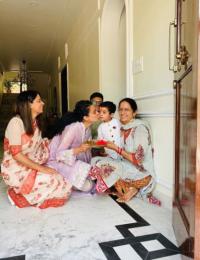 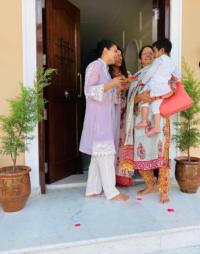 In a throwback interview with the Femina, Kangana Ranaut had revealed how the relationship with her sister, Rangoli Chandel had changed since the latter got married. Speaking about the special feeling of holding her nephew, Prithvi for the first time, Kangana had remarked, "Rangoli has never been an ambitious person. She has always had a close set of people that she cares deeply for and confides in. And today as a mother to her baby (Prithviraj), she is even more exclusive. This baby is the centre of Rangoli’s existence today. Sometimes I only get to talk to her once in three days. I feel bad that her priorities have changed today (smiles). And I don’t have the attention, love and companionship that I had received from her in the past. It was a big shift for me when Rangoli decided to separate and move back to Manali with her husband (Ajay) to concentrate on her family life. They are also building a hotel there. My nephew is cute and it was a special feeling when I held him for the first time because he bears an uncanny resemblance to Rangoli and me. But I cannot deny that I miss the old days with my sister.” (Also Read: Sunny Leone And Daniel Weber's 19 Crore Worth Mansion In Los Angeles Is What 'Dream Come True' Means) 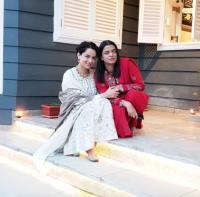 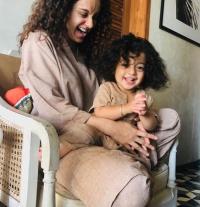 Congratulations to Rangoli, Ajay and Prithvi for their new home sweet home!