Ajith Kumar And Shalini's Beautiful Love Story: From An Accidental Affair To Happily-Ever-After

Ajith Kumar And Shalini's Beautiful Love Story: From An Accidental Affair To Happily-Ever-After

Popular South Indian actors, 'Thala' Ajith Kumar and Shalini had fallen in love with each other, on the sets of 'Amarkalam' because of an unexpected incident. Read on to know more!

Kollywood stars, 'Thala' Ajith and his wife, Shalini are one of the power couples of South Indian cinema, who make us believe in true love. While every couple adores a dream-like fairytale to narrate their kids ‘How-We-Met’ love stories, some couple actually shares an unconditional tale. He is referred to as ‘Thala’ by his millions of fans in Tamil Nadu, and she is called ‘Baby Shalini’. And when the two gorgeous superstars had crossed paths, the cupid had made a strike at them.

In the year 1999,  Ajith Kumar and Shalini had met on the film sets of Amarkalam and a tragic incident had united the two. From being strangers to sharing old-school romance to experiencing parenthood, they have come a long way. Let us have a sneak peek into Ajith's cute love story with his ladylove, Shalini.

How did their love bloom? 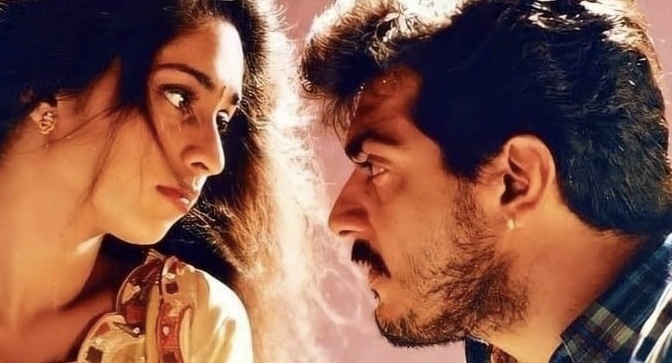 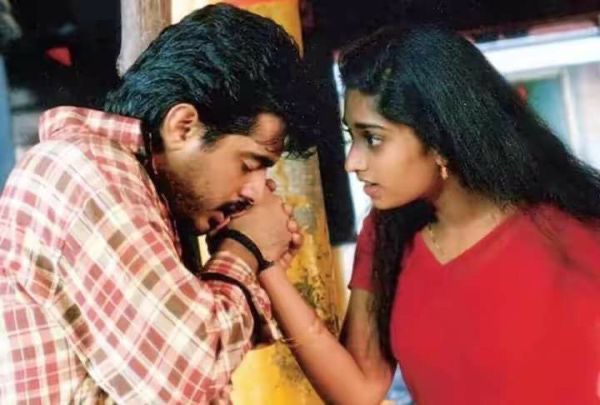 It was the year 1999 on the shooting sets of the film, Amarkalam, when the protagonist actor, Ajith was given a scene to perform opposite his co-star, Shalini. The hero, Ajith, during the scene, had to pretend to injure the heroine, Shalini’s hand with a knife to scare her. However, the actor had accidentally cut her hand with a knife and ended up hurting her. Surprisingly, the two had very different reactions post the incident. Ajith was distressed about his careless mistake. Shalini, on the other hand, was calm and composed. He took care of Shalini during the entire film’s shoot while the latter’s heart had melted like butter. And there is no denying that people who are opposites often get attracted to each other. Since then, love between the two had ignited. However, it was not the duo’s first meet. 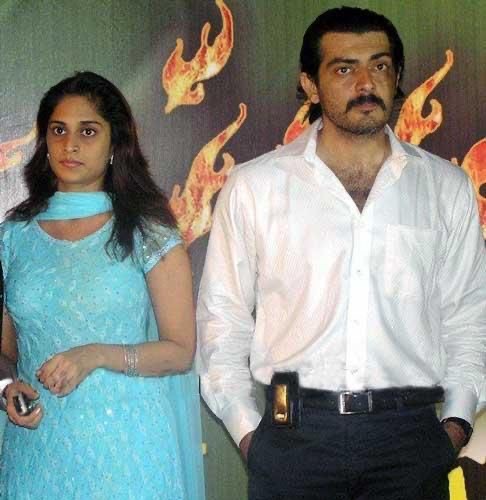 After the success of Shalini’s debut film, Kadhalukku Mariyadhai, she was keen on preparing for her 12th standard examinations. At the same time, director, Saran had approached the actress to offer the film, Amarkalam. The child actress, Shalini, who had started her career at the early age of 3, had decided not to budge from her decision to focus on exam preparation. Still, director, Saran was restless to feature Shalini opposite Ajith in his film. To learn Shalini’s final decision, Ajith had dialled her number. Yet, Shalini was hesitant to come on board, so the director had assured that Amarkalam’s shooting would begin only after her exams. 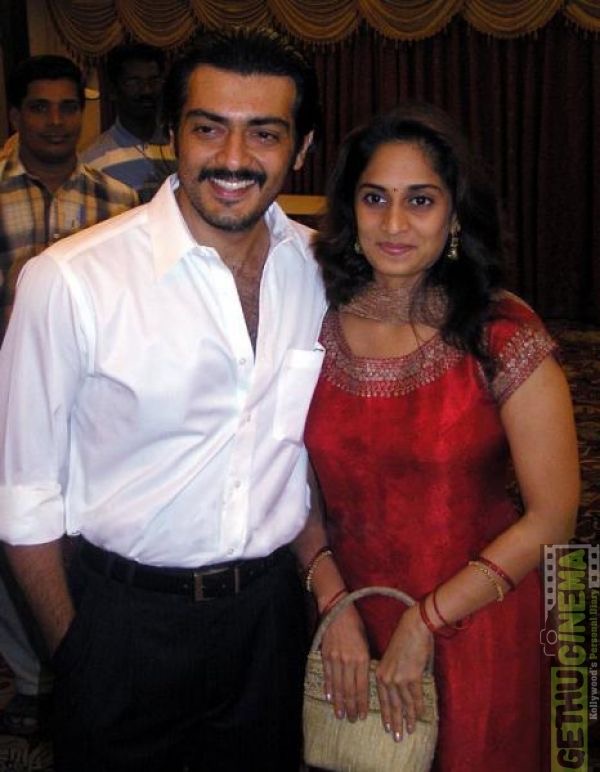 As destiny had it, Shalini had bumped into Ajith at the movie, Kaadhal Mannan's premiere. It was the first meeting of the soulmates, where Ajith had left Shalini a bit annoyed by commenting on her hairstyle. Shalini had recalled the incident in a 2010 interview and had said:

“I had gotten my hair curled. He shook my hand and said that curls didn’t suit me well. I was annoyed. Looking at my face, he immediately added, ‘Please don’t take it in the wrong sense. The way your hair flew freely in Kadhalukku Mariyadhai looked really good.’ I liked the honesty with which he spoke.”

Following this incident, they had started shooting for their film Amarkalam, and the iconic incident during the shoot had united the two.

Also Read: Atharv Nahar And Pooja Dwivedi's Love Story: From Being Family Friends To Their Happily-Ever-After The couple had kept their romance under the wraps and hid it from the limelight of the media. As per reports, Ajith had avoided face-to-face meetings with the actress as her parents used to accompany her on the sets. In a report of India Glitz, Shalini’s Niram co-star, Kunchako Boban had split the beans revealing that Ajith had given a code name to his lady love. Hence, whenever Ajith had dialled Kunchako’s mobile number, he used to say “Sona, AK-47 Calling”. For the unversed, Sona was Shalini’s character’s name in the film Niram. The couple had shared a pretty old-school vibe of love, which still gives us major relationship goals. 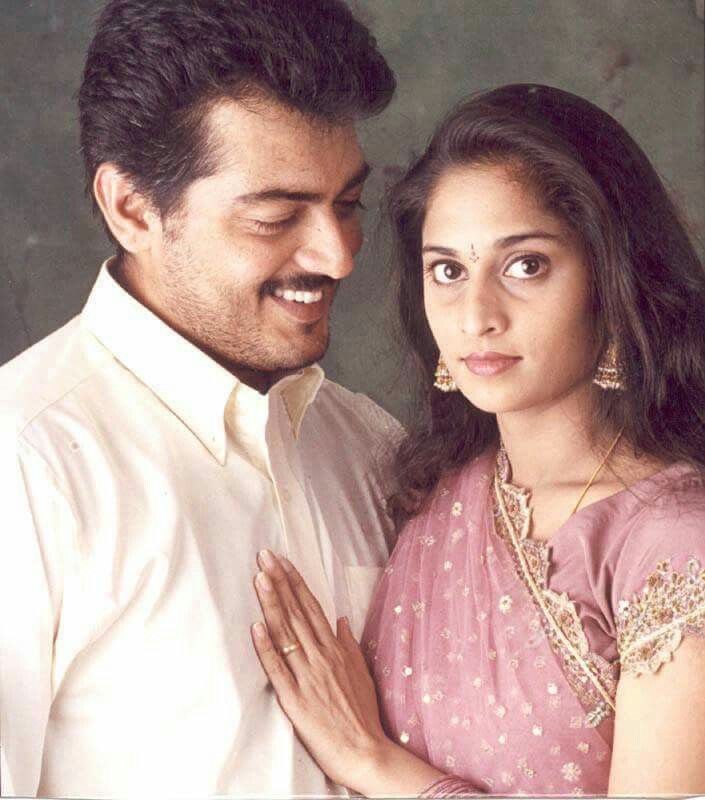 If reports are to be believed, Ajith had left Shalini blushing on the sets of Amarkalam, when he had requested director, Saran to finish the movie in one schedule as he had found it difficult to resist himself from falling for his co-star. In a 1999 interview with a Tamil magazine,  the actor had referred to Shalini as his ‘sea’, and his words had given a hint that he had found ‘the one’. He had said:

“I am like a river. My life has taken several turns, clashed with several rocks,  and am carrying a lot of things on my shoulders. I have now found the sea for me. I believe that this would help me calm down and channelise my spirit.” Soon, after fulfilling professional responsibilities and consulting her parents, Shalini had tied the knot in the year 2000 with her partner Ajith to experience marital bliss. It was a celebrity-studded wedding and starting from superstar Rajnikanth to actor Prashanth, many renowned personalities had attended their glamorous wedding ceremony. In the year 2018, Thala Ajith and his wife, Shalini had embraced parenthood for the first time. The couple had welcomed a baby girl into their lives on January 3, 2008. Ajith and Shalini had named her Anoushka. After some time, the couple was blessed with their second child on March 2, 2015. They had lovingly named their baby boy, Aadvik. 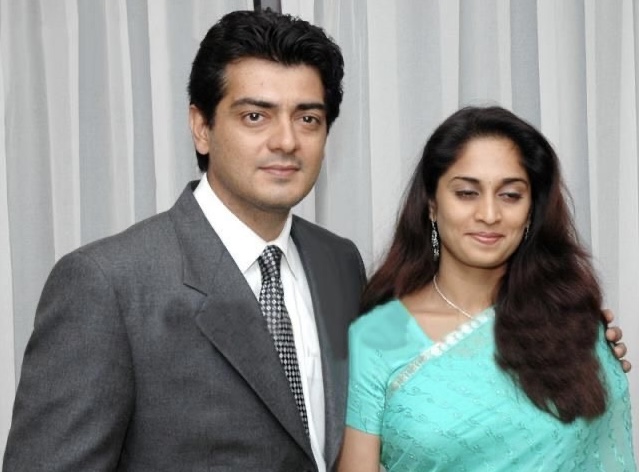 Keeping her priorities straight, the successful Tamil actress, Shalini had quit films at the peak of her career. She had felt she could not handle her acting career along with household responsibilities. She had said that her husband Ajith’s company was more important for her and she did not regret quitting her profession. In an interview with JFW back in 2009, she had said:

“I enjoyed acting but Ajith was more tempting. I had no qualms about quitting. I am not the kind of person who could manage a home and an acting career. I was very clear about my priorities, and it is very peaceful." 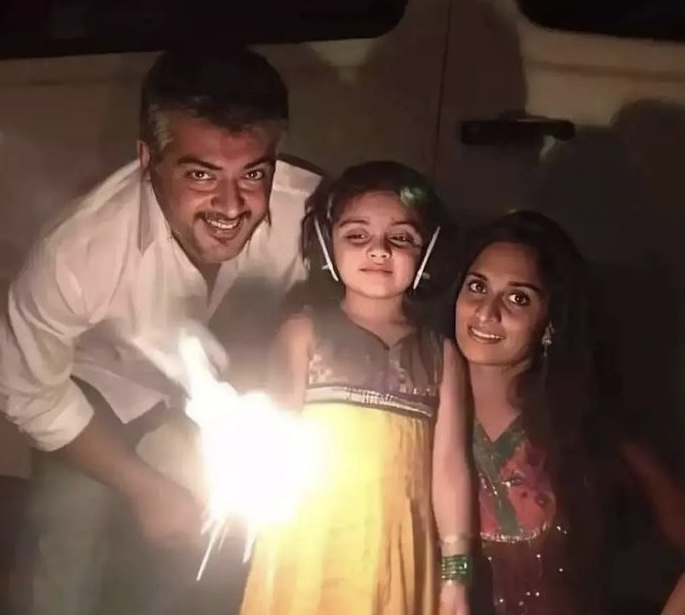 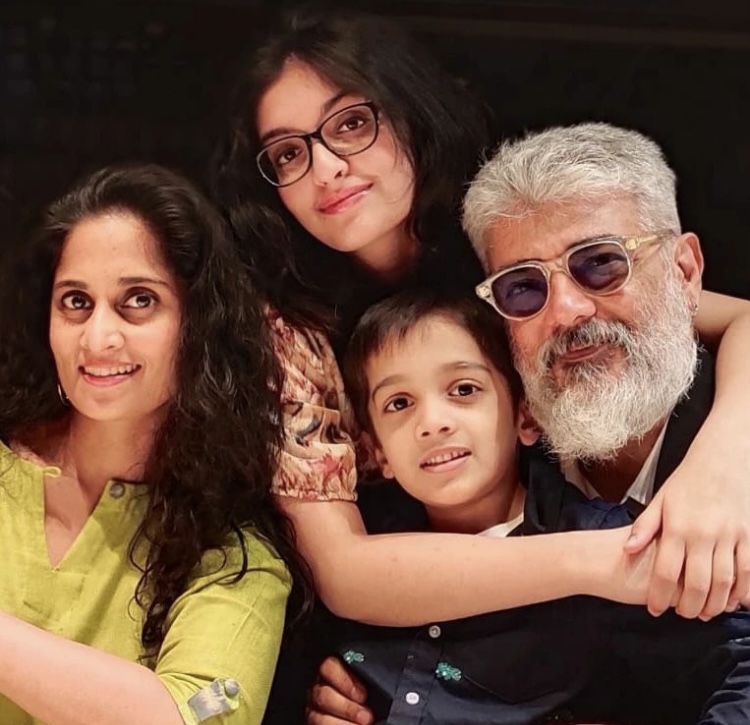 The lesser-known fact remains that the Jagamalla actor has kept a yearlong promise made to his lady-love before marriage. It is said that Ajith had promised his wife, Shalini that he would never sign for more than one film at a time, and he would wholeheartedly spend 15 days at home with his family, and the other 15 days would remain for shooting purposes. And the ‘Thala’ of Kollywood has kept his promise for the past 21 years, and the fun and happening pictures of the doting father, Ajith, spending time with his kids is proof of this.

Ajith’s net worth and properties 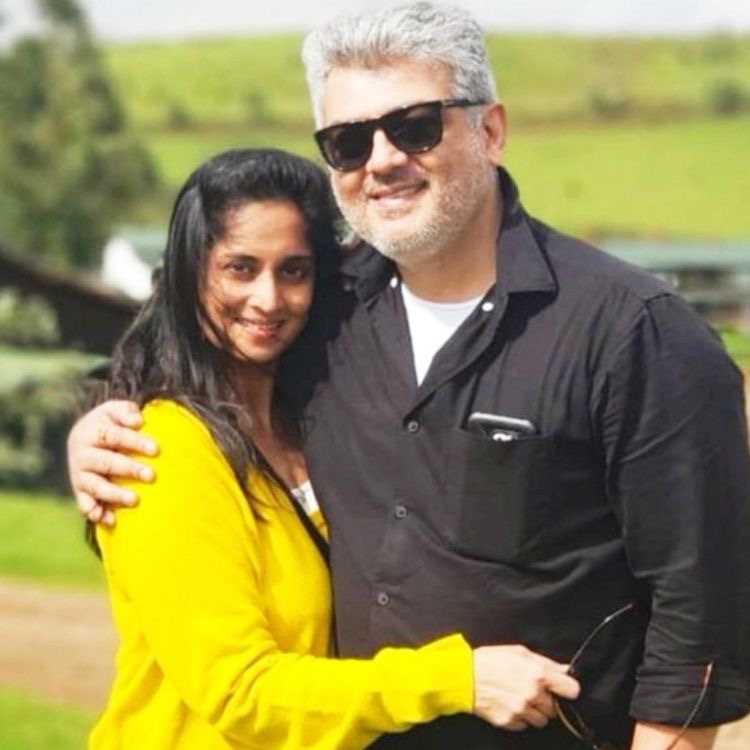 According to a report in Infinitynetworth.com, Thala Ajith’s net worth is 28 million US dollars, which when converted into Indian Rupees, comes to a whopping sum of Rs. 213 crores. The actor has a private property located at Thiruvanmiyur, Chennai. His abode features a white-themed dreamy interior with a conventional design, opposite a lush green lawn. He has another bungalow near Chennai beach that is surrounded by jaw-dropping scenic beauty and huge mountains. The sprawling interior of his abode is white in colour, and the vintage vibe it gives is a treat to the eyes. The exterior of his villa is very spacious with a widely spread swimming pool.

Ajith and Shalini have completed 21 successful years of their marriage and their love story is inspirational to many millenials. We absolutely loved learning about their old-school romance. What do you think about their fairytale? Let us know!