6 Television Actresses Who Were Cheated By Their Partners: From Adaa Khan To Divya Agarwal

Falling in love is easier than maintaining the relationship. Here's the list of television actresses who were cheated by their partners. Check it out!

Being in love or being loved by someone is the most beautiful feeling in this world. From getting butterflies in the stomach just by hearing the name of that special one to stealing those cute little moments in the crowd, everything about love is surreal. However, not every fairytale gets a happy ending. Some even turn into a horrific nightmare.

The glamour world and everything about it looks attractive and happening. Right from celebrities' luxurious lives to their romantic relationships, everything looks magical. However, the reality is far away from it. We have often seen celebrity couples dipped in the essence of love, however, there are some stars whose love lives have not been all dazzling and happy. Here's the list of television actresses who have admitted to being cheated by their partners.

Recommended Read: 10 Television Actors Who Were Kicked Out Of Their Daily Shows: Paras Kalnawat To Ankita Lokhande Adaa Khan is one of the most beautiful actresses in the television industry. The actress has entertained everyone with shows like Vish ya Amrit: Sitara, Amrit Manthan, Behenein, Pardes Mein Hai Mera Dil, Piya Basanti Re and more. However, she got much limelight after playing the role of 'Shesha' in Ekta Kapoor's popular show, Naagin. Adaa enjoys quite a huge fan-following on social media courtesy to her amazing style quotient and sizzling pictures. 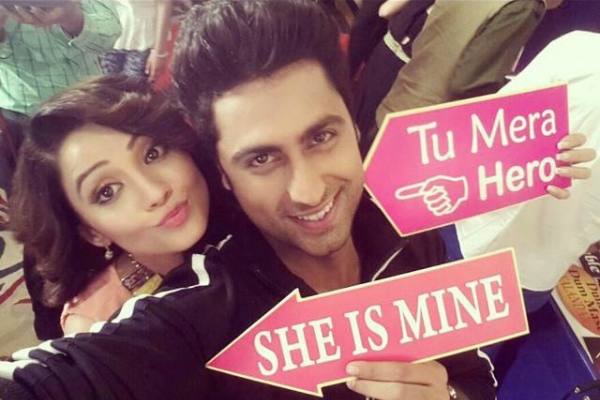 Apart from her professional life, Adaa has also been in the news for her personal life. Her ugly separation from her ex-boyfriend, Ankit Gera had garnered a lot of media attention. On Rajeev Khandelwal's show, JuzzBaat...Sangeen Se Namkeen, Adaa Khan had opened up about being cheated by her ex-boyfriend, Ankita Gera. In her words:

"When it comes to love, I have had a very terrible experience in the past. My ex-boyfriend cheated on me, and still, I forgave him thrice. But after a point, I knew that I had to let it go. Love is not a priority for me." Sana Khan is a former television personality and Bollywood actress. The former actress has now bid adieu to the glamour industry for good. However, during her time in the entertainment industry, Sana had gathered a lot of limelight. She rose to fame after appearing in the popular reality show, Bigg Bogg 9 and later worked in films like Wajah Tum Ho, Jai Ho, Toilet: Ek Prem Katha, Ayogya, Climax, Thalaivan and more. Meanwhile, more than her professional life, Sana Khan had garnered media attention because of her glamorous looks and her personal life. Her breakup with ex-boyfriend, Melvin Louis had hit the headlines and made quite a buzz on the internet. In an interview with the Times of India, the actress had unleased a volley of accusations against Melvin. Sana had stated:

"I broke up with Melvin because he was cheating on me. I had loved him with all my heart and was committed to him. What I got in return has disturbed and shaken me. Initially, everything went on smoothly, but soon, we started fighting over petty issues. But that's normal in every relationship. However, eight months down the line, I started hearing tales of his philandering ways and cheating from others, but he would tell me that they were jealous."

Also Read: 7 Television Celebrities Who Opted For Live-In Relationships, From Ankita-Vicky To Aly-Jasmin Aishwarya Sharma is one of the most beautiful actresses in the television industry. She has been gaining a lot of recognition for her role of 'Pakhi' in the show, Ghum Hain Kisikey Pyaar Meiin. Besides that, Aishwarya has married her co-star, Neil Bhatt, who plays the role of 'ACP Virat Chavan' in the same show. 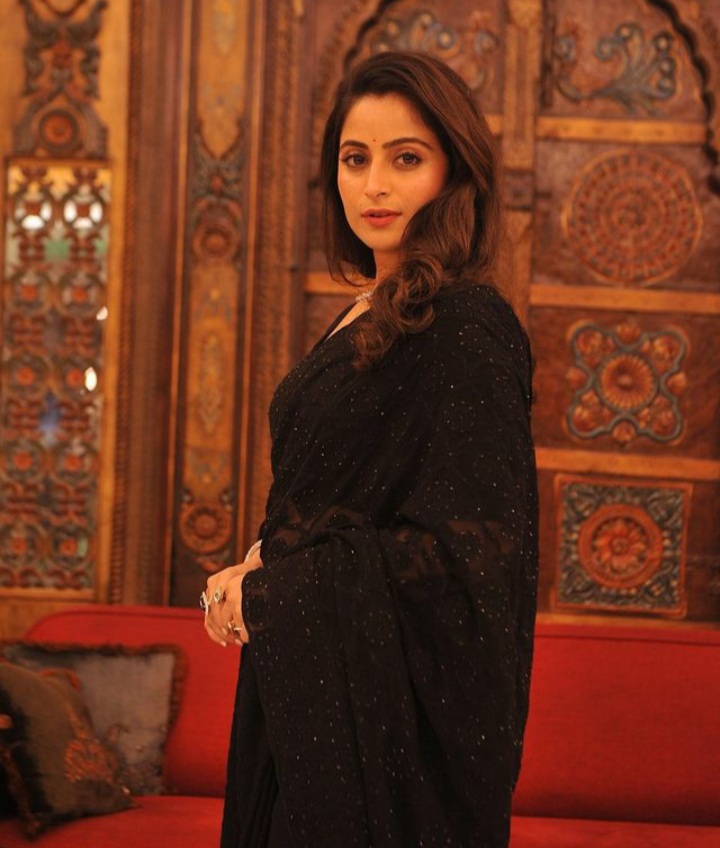 Though the actress is now happily married to the love of her life, there were times when she was left broken by her ex-boyfriend. On the show, Smart Jodi, Aishwarya confessed to being betrayed and mistreated in her past relationships. She had mentioned:

"I have a lot of trust issues. My past relationships were really bad. Be it relationships or friendship with my best friend, mujhe bahut betrayal mile hai life me. I would get very excited in little things… I am a very expressive person. That person would tell me, 'Are you mad? Why do you behave like this?' So he told me not to behave like that. And I listened to him. Slowly I realised, I stopped doing everything. I didn't even have any self respect left. I became a puppet. After my break-up, I never thought of getting married ever. When I met Neil, things suddenly changed. I told him, when we initially met, when we were friends, I am not happy in my life." Divya Agarwal is one of the most popular names in the industry. Be it her flawless dance moves or her confidence, Divya mesmerises her fans with everything she does. The popular actress has made a name for herself in the glamour world. She has entertained us with her work in shows like Bigg Boss OTT, MTV Ace of Space, Lock UPP, Ragini MMS: Returns, Cartel and more. Divya's relationship with Priyank Sharma had gained a lot of attention. The duo had met and fell in love on the reality show, Splitsvilla. However, she was left heartbroken when Priyank fell for her co-contestant, Benafsha Soonawalla on the show, Bigg Boss 11. In an interview with Koimoi, the actress had slammed her ex-boyfriend and said:

"Let's break down the conversation. Firstly, why did Benafsha say 'Forget about it, it will be bad for both of us'. In the previous episode, Hina clearly said that Priyank's 'Jaan' is in USA and now suddenly Priyank and Benafsha are attracted towards each other. Secondly, Priyank said 'I won't have any problems outside but Benaf will.' – I mean, Wow! Is he taking me for granted? He won't have problems seriously? I crave to listen to my name or something about me from his mouth. My parents are watching this show every day and when I tried defending they gave me an example of Vikas Gupta and Hiten – how are they behaving with girls, nobody's being touchy or cosy." 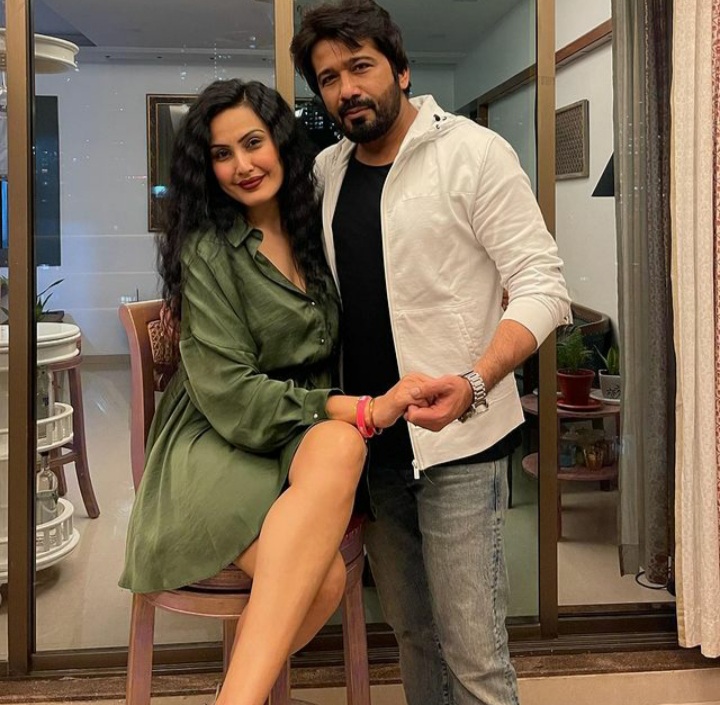 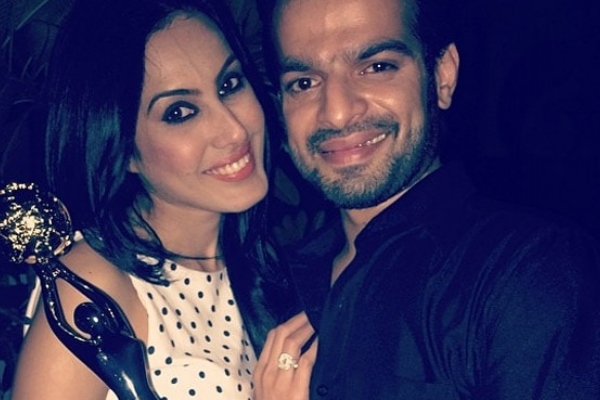 However, there was a time, when Kamya was left alone and shattered by her ex-boyfriend, Karan Patel. In an interview with the Spotboy, Kamya had opened up about being cheated by Karan and said:

"I myself underwent a depression around the same time because I had a heartbreak. He simply walked out on me when my world revolved around him. Without my knowledge, he was having an affair."

You May like: Eco-Friendly 'Ganeshotsav': Have A Look At These TV Celebs Who Make Their Own 'Ganpati' Idol VJ Anusha Dandekar is one such celeb who is known for speaking her heart out. The actress-singer has made a name for herself as a host in the television industry. She had hosted shows like MTV Dance Crew, Supermodel of the Year, MTV Love School, India's Next Top Model and more. Talking about her personal life, Anusha was in a steady relationship with the handsome hunk, Karan Kundra. The duo was even seen as love gurus on MTV Love School. However, their beautiful fairytale had hit its rock bottom. And, it was on December 31, 2022, when Anusha had opened up about her breakup with Karan Kundra. She had posted a picture quoting RM Drake on her Instagram handle. Atop it, Anusha had penned a long note which could be read as:

"So here it is, before the year ends... Yes I did a show called Love School, yes I was your Love Professor, yes everything I shared and the advice I gave has always been real and from my heart... yes I love hard, so hard... yes I don’t leave till there is nothing left for me to try and fight for, yes even I’m human, yes even I lost myself and some of my self respect, yes I’ve been cheated and lied to... yes I waited for an apology, which never came, yes I learnt I actually had to apologise and forgive myself... And yes i grew, have grown and will continue to grow from all of it and look at the positive." 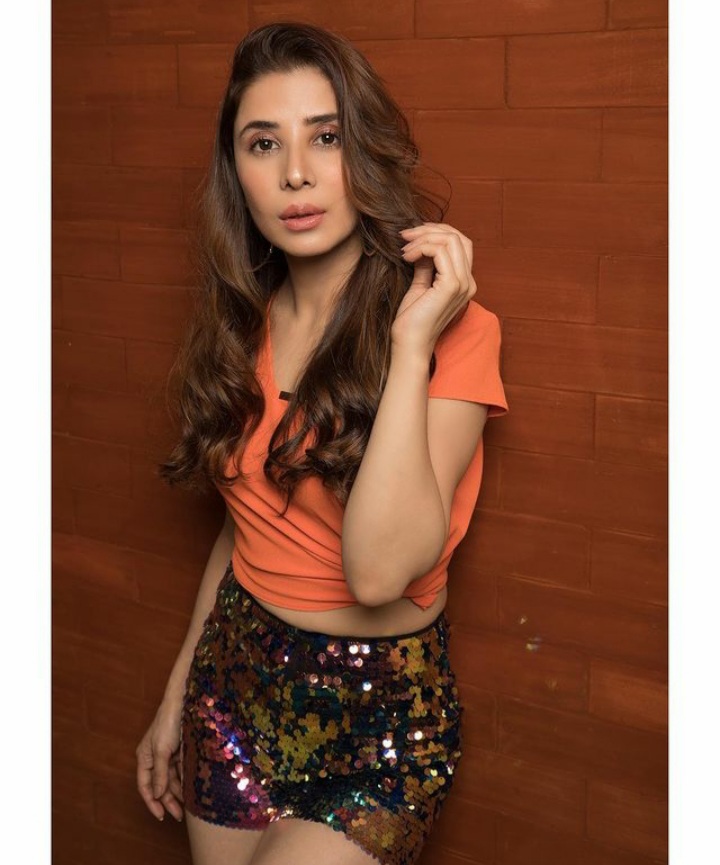 Muskaan Nancy James is a television actress, who has worked in shows like Mata Ki Chowki, Bharat Ka Veer Putra - Maharana Pratap, Dupercops vs Supervillains - Shapath and more. However, more than her professional life, Muskaan has been in the limelight for her personal life. Her breakup with actor, Manish Naggdev had gained a lot of media attention. In an interview with the ETimes, the actress had opened up about the same, and she had mentioned:

"Manish cheated on me with four women before our one-year relationship ended in May. After being introduced by a friend, he proposed to me. I found out only much later that he was two-timing the same friend with me. He dated other women as well while we were together. I finally realised that he is a habitual offender. He is also eyeing a celebrity-couple dance show and since I am currently not doing anything, I am of no use to him." 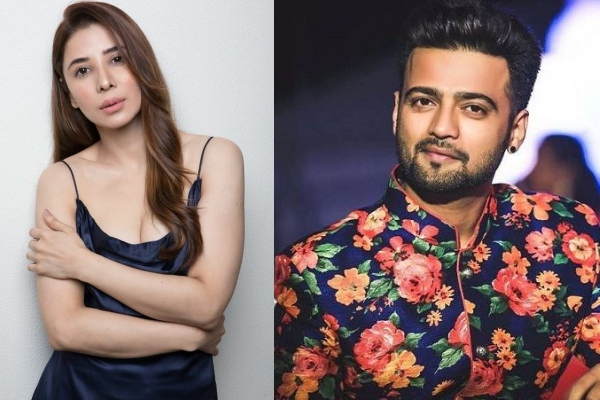 It's simple to fall in love, but difficult to keep that love alive. In the film and television industries, cheating on your partner or having an extramarital affair is rather prevalent.

Next Read: 7 TV Celebrity Couples Whose Kids Suffered For Their Ugly Splits: From Nisha Rawal To Shweta Tiwari