Pregger, Teejay Sidhu Rants About The 'End Days Of Pregnancy' At 4 AM, Feels The Baby Coming [Video]

Pregger, Teejay Sidhu Rants About The 'End Days Of Pregnancy' At 4 AM, Feels The Baby Coming [Video]

Carrying a baby in your womb for nine months is not an easy task. The major mood swings, food cravings, burst of energy, feeling weakness and other symptoms are not easy to handle, yet every expecting woman does that. The end days of pregnancy become even hard to deal with because of the anticipation and growing baby activities. Karanvir Bohra’s wife, Teejay Sidhu has entered in the 39th week of her pregnancy and the end days of her pregnancy made her rant about the same. (Also Read: Juhi Parmar Wishes Ex-Hubby, Sachin Shroff On His Birthday, Daughter Samairra Pens A Wish For 'Papa')

Karanvir Bohra and Teejay Sidhu had gotten married in 2006, in the presence of their family and loved ones. After ten years of marital bliss, Karanvir and Teejay had welcomed two little twins in their lives on October 19, 2016, whom they had lovingly named Bella and Vienna. And now, the family of four is going to expand as the couple is expecting a new baby in their family anytime soon. Teejay Sidhu, who is expecting for the second time is due anytime soon and is currently in Canada for the delivery, where her parents live. The dotting mommy was accompanied by her twin daughters, Bella and Vienna and daddy, Karanvir has joined them too. The RJ has now shared a hilarious video sharing how her days are going. 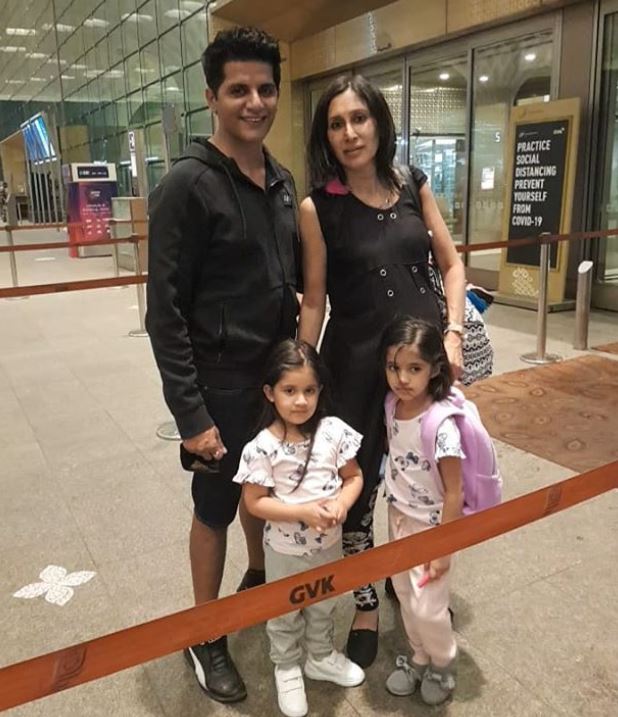 Taking to her IG handle, Teejay Sidhu shared a video, ranting about how she is dealing with her 39th week. Teejay mentioned that she is feeling a surge of energy and has been on a cleaning and eating spree. While everyone in her family was asleep, she was making the video at 4 AM in the morning. She also mentioned that her baby has been kicking her hard and she feels that her baby is coming super soon. We totally adored Teejay’s rant video and sharing the video, she wrote, “4am.. Not a creature was stirring, not even a mouse.. yet here I am, wide awake.” Take a look:

Karanvir and Teejay had announced the news of their pregnancy in the month of August and since then, have been blessing their fans with their pregnancy diaries. As the couple expects a baby in December, the preparations for the baby are on full-swing. A few days back, KV had taken to his IG handle and had shared a few glimpses of the crib, he was preparing for the soon-to-be-born, whereas mommy, Teejay had shared a glimpse of her pregnancy cravings. In Karanvir’s IG post, we could see the elated second-time daddy-to-be, painting the crib according to the demand of his pregnant wife. Sharing the pictures, he had written, “Learning new skills, Re-painting a crib for my baby... coz my other baby @bombaysunshine wants it in grey, so grey it is. #lilpleasuresoflife.” (Don't Miss: Mahhi Vij And Jay Bhanushali Celebrate Their Elder Daughter, Khushi's 6th Birthday In Goa [Video]) 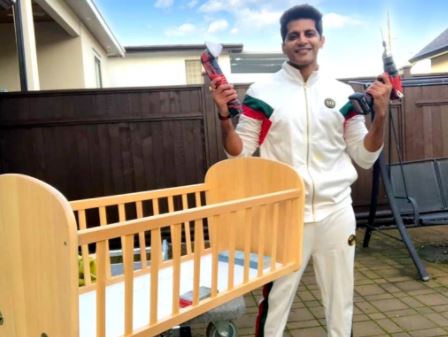 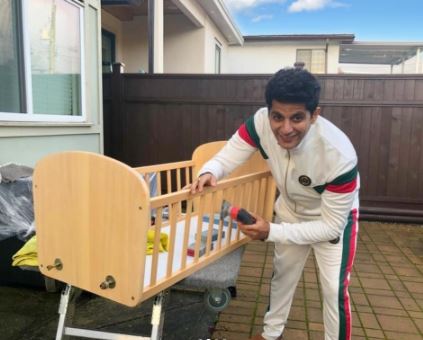 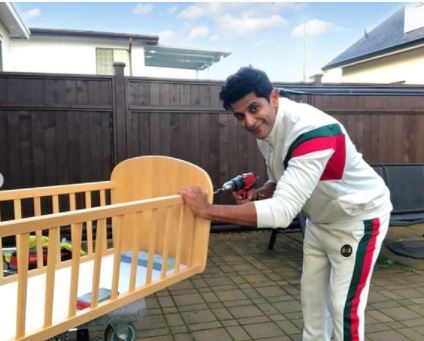 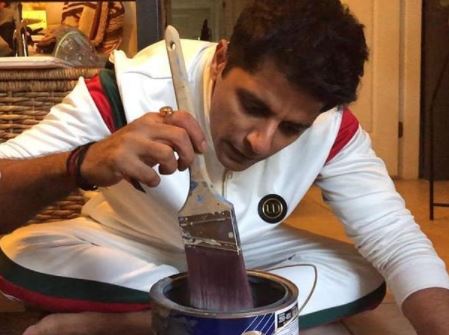 While KV was busy painting the crib, Teejay was out shopping and was hit by pregnancy cravings. In the picture shared by Teejay on her IG handle, she could be seen sitting in a store, enjoying an ice cream. Sharing the picture, Teejay had shared that she was 38 and a half weeks pregnant and her pregnancy cravings were hitting her hard. Her caption could be read as “Just sitting here, feeding the bump! At 38 and a half weeks, there's not much to do except sit around and eat. (Guess I'm compensating for the first trimester when I couldn't eat a thing!) Thank you my dearest @ritachohan for the caramel sundae! It was either this or a root beer. Still thinking I should have had both! Haha!” On this gorgeous picture of his wife, Karanvir had replied, “Anytime now sweety.” (Recommended Read: Kareena Kapoor Khan Narrates Her 'Working On A Period Day' Story, Opens Up On 'Period-Leave' Debate) Every pregnant lady can understand Teejay’s feeling at the moment! When a couple is pregnant, everyone anticipates if the baby is a boy or a girl. The entire family goes crazy with speculations and everyone has their own preferences. While some want a baby boy, others want a girl child to pamper. However, it doesn’t matter if the baby born