Tanishaa Mukerji speaks about freezing her eggs when she was 39, her mother, Tanuja and her sister, Kajol's reaction to her decision and her bond with niece and nephew, Nysa Devgan and Yug Devgan.

Hailing from the prominent Mukherjee-Samarth family of B-town, Tanishaa Mukerji is the daughter of Shomu Mukherjee and Tanuja. Sister of famous Bollywood actress, Kajol, Tanishaa followed her footsteps and made her debut with the film, Sssshhh... in 2003. In her career span of 15 years, Tanishaa created a place for herself in the industry with films like Neal 'n' Nikki, Sarkar, Sarkar Raj and reality shows, Bigg Boss 7 and Fear Factor: Khatron Ke Khiladi 7.

Tanishaa Mukerji is extremely close to her sister and brother-in-law, Kajol and Ajay Devgn and their kids, Nysa Devgan and Yug Devgan. When Tanishaa had turned 43 on March 3, 2021, her niece, Nysa posted a throwback picture on her Insta story. Nysa had written, "Happy 21st tichi masi love you @tanishaamukerji" atop it. Reposting the picture, Tanishaa had added, "Thank you my puppyyyyy Love you so much..... Miss u" followed by kissing emoticons atop it.

Also Read: Rahul Vaidya And Disha Parmar To Get Married In July, Announce Their Wedding With Official Statement 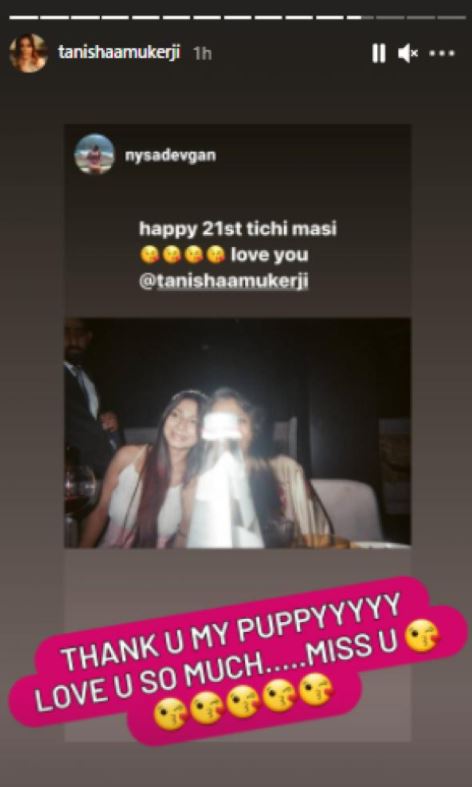 In an interview with ETimes TV, Tanishaa Mukerji spoke about freezing her eggs when she was 39, her mother, Tanuja and her sister, Kajol's reaction to her decision and her bond with niece and nephew, Nysa Devgan and Yug Devgan. Revealing that she froze her eggs, Tanishaa said, "I wanted to freeze my eggs at the age of 33! At that time, when I went to my doctor (who finally froze my eggs now), it is funny but she stopped me from doing so at that time. While she told me it takes a toll on your body, she advised I should do it when I have no hope of conceiving a baby. It’s a personal choice. And today, it is perfectly ok to not have children. Adopt, there’s enough in this world." 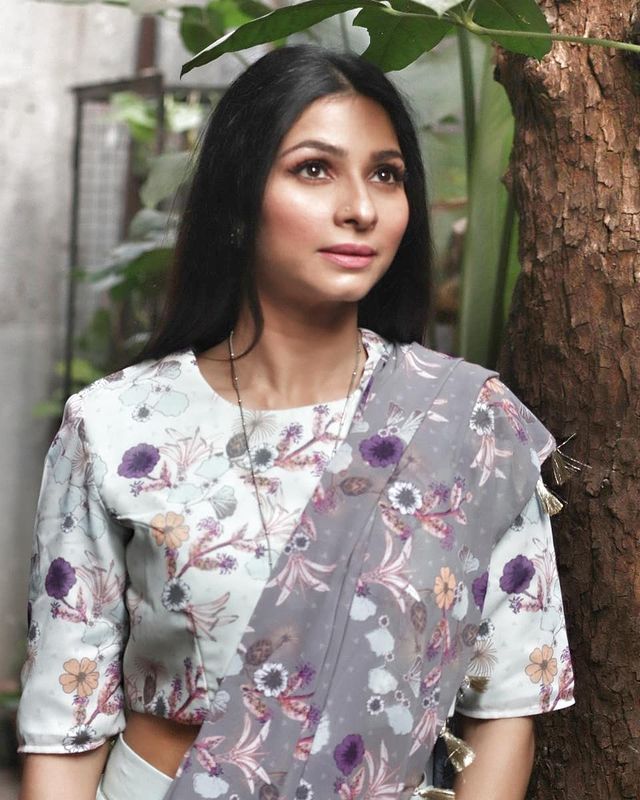 Speaking of why is it okay to not have children and not get married, Tanishaa Mukerji added, "More people need to go out and talk about this. It’s ok for women to not have children. That’s not the only calling in your life. It’s ok to not get married, not be in a relationship and not define yourself with a man beside you. Back in the days, my grandmother and women those days didn’t define themselves with the man. We have gone wrong somewhere in the middle. My grandmother was a strong, amazing personality, who never defined herself with a man." When asked if her mother, Tanuja and sister, Kajol supported her decision, Tanishaa Mukerji remarked, "My mother always told me since my teenage days that I don’t need to get married to have a baby. My mom has always been very supportive, progressive and forward thinking woman. That’s what I respect about her. Even my sister. I am surrounded by strong women." 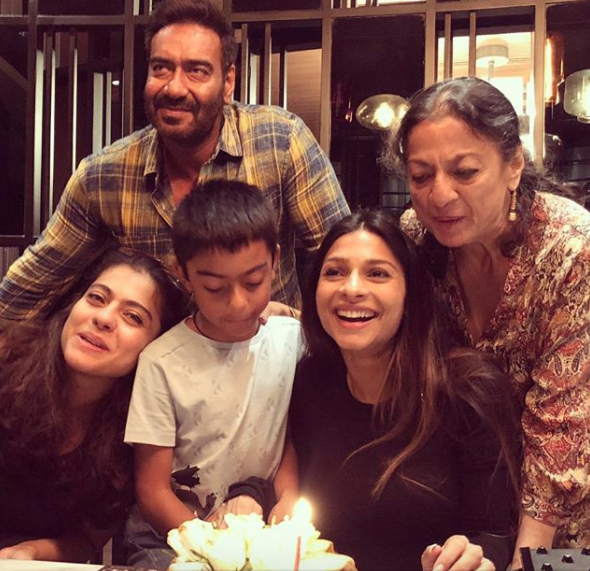 Addressing her relationship with her niece and nephew, Nysa Devgan and Yug Devgan, Tanishaa Mukerji said, "It is lovely. I always believe that the bond with your niece and nephew are a reflection of your bond with your siblings. Children take from the parents. I am lucky that I have a sister, who has allowed me to have this bond with my niece and nephew. They (Kajol and Ajay) have made amazing kids and I keep telling them to have more babies." 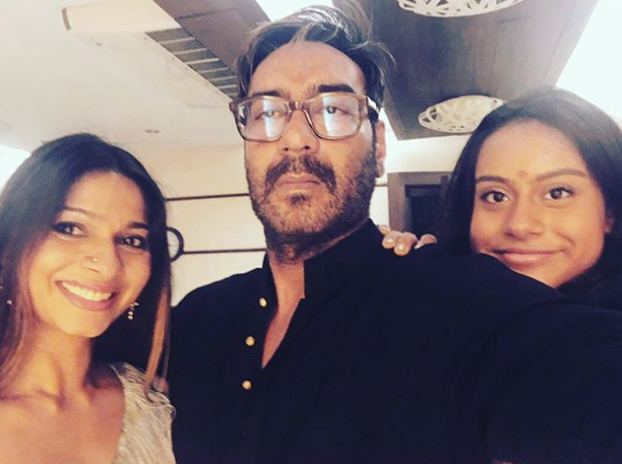 Tanishaa Mukerji also revealed that because of the egg freezing procedure, she had put on a lot of weight. During the procedure, a lot of Progesterone was pumped inside her body, which made her bloated. Tanishaa was extremely happy to have frozen her eggs but she also wanted to become fit again. So, she started the hardcore workout regime. Being a physically fit person always, Tanishaa knew the diet that suits her body. And finally, Tanishaa lost oodles of weight and became fit again! Work-wise, Tanishaa was last seen in Entertainment Ki Raat (2018) as a guest.