'Baahubali' Actress, Tamannaah Bhatia Wants To Go On A Date With Vicky Kaushal

'Baahubali' Actress, Tamannaah Bhatia Wants To Go On A Date With Vicky Kaushal

Tamannaah Bhatia has shared that she would like to go on a date with Vicky Kaushal. Tamannaah was once linked-up with Virat Kohli. Vicky Kaushal was dating Harleen Sethi. 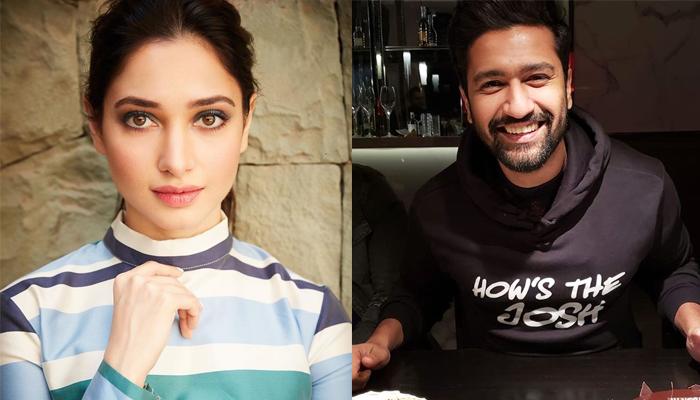 Tinsel town is an ambivalent place when it comes to the relationships of celebrities. At one point, a couple is head-over-heels in love and the very next day, they could be complete strangers. And with the advent of digital media, we are privy to what they want regarding their relationships. Remember how candidly Sara Ali Khan had confessed on Koffee with Karan that she wants to marry Ranbir Kapoor and go on a date with Kartik Aaryan. (Must Read: Chhavi Mittal Shares A List Of Things She Will Do Post Delivering Her Baby, It Is So Adorable)

The recent addition to these celebrities is the Baahubali star, Tamannaah Bhatia, who has revealed who she would like to go on a date with. But before that, let us remind you that she was linked up with Virat Kohli after they had appeared together in an ad film for the phone brand, Celkon in the year 2012.

Tamannaah Bhatia had recently commented on her link-up rumour with Virat Kohli. She was quoted as saying, “I think we spoke four words during the ad film, that’s it. After that, I’ve never met or spoken to Virat. But, I must say he was better than most of the actors we work with. And it was quite intimidating.” 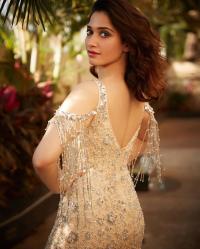 And now, in an interview with Pinkvila, Tamannaah Bhatia has shared that she would like to go on a date with Vicky Kaushal! Yes, the Sanju actor seems to be ruling on her heart, and Tamannaah clearly has some hots for Vicky Kaushal. Vicky, are you listening? 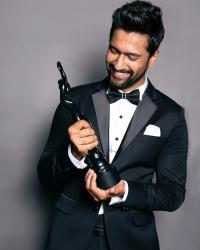 Tamannaah Bhatia’s rumoured wedding had recently been rife in the media. It was reported that she is all set to marry her USA based physician-boyfriend in 2019. But rubbishing all such speculations, Tamannaah had taken to Twitter. The 29-year-old actress had tweeted, “One day it’s an actor, another day it’s a cricketer, and now it’s a doctor. These rumours make it sound like I’m on a husband shopping spree. While I love the idea of being in love, I definitely don’t appreciate baseless news when it comes to my personal life. I am happily single at the moment and my parents aren’t groom hunting.” (Don't Miss: Soni Razdan On Alia Bhatt And Ranbir Kapoor's Budding Relationship, Says 'I'm Happy If She Is Happy') 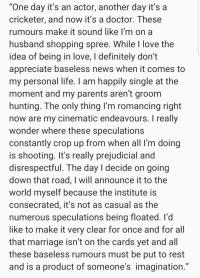 Tamannaah had further clarified about the same, “The only thing I’m romancing right now is my cinematic endeavours. I really wonder where these speculations constantly crop up from when all I’m doing is shooting. It’s really prejudicial and disrespectful. The day I decide on going down that road, I will announce it to the world myself because the institute is consecrated. It’s not as casual as the numerous speculations being floated. I’d like to make it very clear for once and for all that marriage isn’t on the cards yet and all these baseless rumours must be put to rest and is a product of someone’s imagination.” 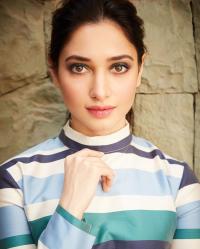 In the interview with Pinkvilla where she mentioned her fantasy of dating Vicky Kaushal, Tamannaah also talked about #MeeToo movement. She shared, “You know there were different allegations made on different people and I think the whole idea of #MeToo movement was to get people to talk about it and share their experiences. If there is an experience that someone had and if they are talking about, it takes a lot of courage to do that.” 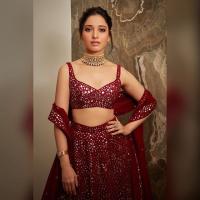 It must be noted here that Vicky Kaushal was reportedly dating an actress, Harleen Sethi. On Koffee with Karan, when Vicky was asked about his love life and Harleen, the Uri actor was quoted as saying, “Let's see what happens. It's new.” This was enough of a confirmation that he was dating Harleen, right? But sadly, the recent reports have been suggesting that Vicky and Harleen have parted ways. (You May Like: Ridhima Pandit's Wish For Alleged Boyfriend, Kushal Tandon Is More Than A Birthday Wish) 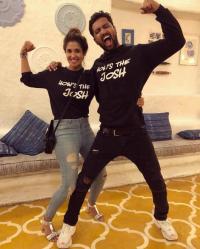 Tamannaah Bhatia wants to go on a date with Vicky Kaushal! We would definitely like to know Vicky’s reaction on hearing this.