Ek Hazaaron Mein Meri Behna Hai fame actor, Kushal Tandon is one of the hottest and famous actors in the telly land. He always hits the headlines, either through his professional world or through his personal life. Kushal Tandon turned a year older today and is celebrating his 34th birthday on March 28, 2019. (You May Like: Chhavi Mittal Shares A List Of Things She Will Do Post Delivering Her Baby, It Is So Adorable)

Kushal Tandon is celebrating his birthday with his parents. Guess where? Well, he is off to Vaishnovi Devi for the same. Sharing the following pictures on his Instagram handle, Kushal has captioned his post as, "Couldn’t think of a better way to begin my birthday...seeking blessings from “Maa Vaishnodevi” With my world .. feeling blessed , thank you all so much for so many wishes , notifications not stopping, I promise to reply as many as I can, lots of love and happiness to your world from my world. Jai Mata Di."

Kushal Tandon's 34th birthday has also been made special by his alleged girlfriend, Ridhima Pandit. The 33-year-old actress who rose to fame through the hit TV serial, Bahu Hamari Rajni Kant, has the most adorable wish for Kushal Tandon, and it only speaks of volumes of love between the two. Ridhima Pandit's wish for alleged boyfriend Kushal Tandon could be read as, "Some people walk into our lives and turn it upside down... here’s one man who has done that to me but for the good." 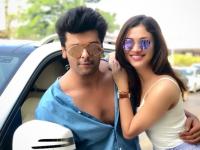 Her wish could further be read as, "You are one person who I know only believes in doing good to others, have a heart larger than anyone I know.. honesty being your best quality (even though it kinda backfires in most ways) you truly define the saying “A friend in need is a friend indeed”.. you and I remind me of Tom and Jerry (you know why) baaki toh you know na what you mean to me, if not toh I will tell you in the evening when we celebrate “you” ageing like fine wine (in your words). If I say anything more here it will be news tomorrow.. come back soon baba.. celebrations await #brat #baba p.s:- How is it possible to look better than me every picture, just how??" 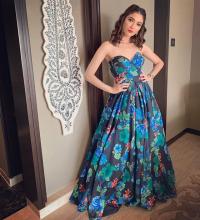 Kushal Tandon and Ridhima Pandit met on the sets of Alt Balaji's hit web series, Hum and ever since then, the speculations of the two dating each other have been rife in the headlines. In an interview with SpotboyE, Ridhima recently spoke about her relationship rumours with Kushal Tandon. She was quoted as saying, “Oh my god! Really Me? (Laughs). Kushal is like family to me; definitely more than a friend. What else can I say?” (Also Read: Sonam Kapoor Ahuja Reacts To Priyanka Chopra Jonas' Dance On Her Song, 'Tareefan') 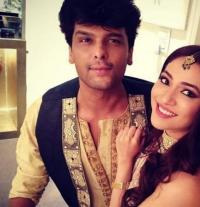 It must be noted here that in a July 2018 interview with The Times of India, Ridhima had denied and rubbished all the linkup rumours with Kushal and had stated, “We are just good friends. I have worked with Kushal and it's common to develop a good rapport with your co-actors. In fact, Karishma (Sharma) is also a part of our group. Why is nobody talking about her? Just because people know that I am single, the speculations are centred around me. Kushal is a large-hearted guy. I didn't want to celebrate my birthday because of my mother's health issues, and when he got to know about it, he decided to surprise me. That's what true friends are for, aren't they?" 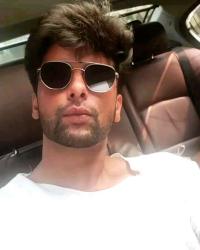 When asked if there are any probable chances of them dating in the future, Ridhima had shared, “No, I would like to keep it at just that. It’s not that I am averse to relationships, but I am not focusing on it, because I have reached a point of fatigue on that front. There are times when I feel the pinch, but it’s momentary. Also, it helps that I have never been a die-hard romantic. Eshaan and I parted on good terms and we remain friends."

Kushal Tandon himself had also reacted to his dating rumours with Ridhima, earlier this year. He was quoted as saying, “We are great friends. All of us got along like a house on fire. The show wrapped up in six months and we did not know how time just flew on sets. We have great camaraderie. I would like to set the records straight, I am not dating Riddhima. People like to speculate. If I work with someone then I am dating that person, If I upload a picture with that person, if I am seen talking, I am with that person. I date everybody (laughs out loud). I have no other job in life. I feel like I am one mandir ka bell that everyone rings and goes.” 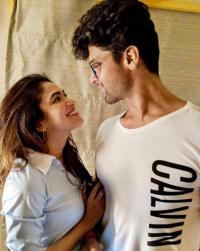 Ridhima Pandit was earlier in a 10-year-long relationship with Bollywood superstar, Hrithik Roshan’s cousin, Eeshan Roshan. Kushal Tandon, on the other hand, had once dated a Bulgarian model-actor girlfriend, Elena Boeva, he was also with the actress, Gauahar Khan and was also linked with, Ankita Lokhande. (Don't Miss: Sara Ali Khan's Romantic Date With Her Crush Kartik Aaryan, Is Dream Come True Moment For Their Fans)