Tahira Kashyap Wishes Her 'Soulmate', Ayushmann Khurrana On His Birthday With A Cake Smashed Picture

Tahira Kashyap Wishes Her 'Soulmate', Ayushmann Khurrana On His Birthday With A Cake Smashed Picture

Ayushmann Khurrana turned a year older on September 14, 2020, and his doting wife penned an adorable birthday wish for him on his special day. 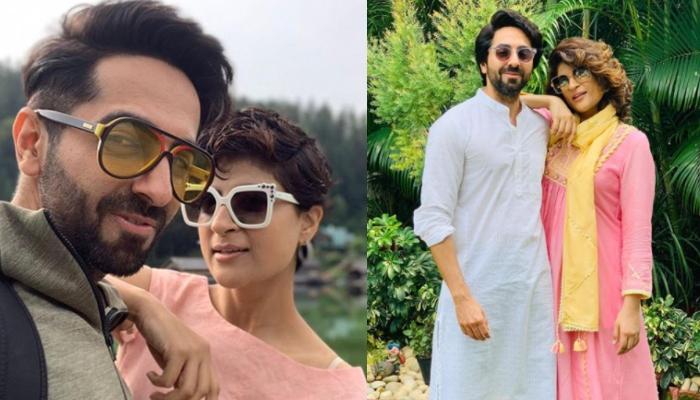 When a young handsome guy sang the song Pani Da Rang with a guitar in his hand, we fell in love with him. Ayushmann Khurrana is not just a brilliant actor, but a superb singer and host. Recipient of one national award and four Filmfare awards, Ayushmann is a perfect example of how dreams come true. Winning the second season of MTV Roadies, Ayushmann had made his acting debut in 2012 with a romantic comedy, Vicky Donor, for which he had won the Filmfare award for Best Male Debut. Latter, he had proved his mettle in acting with movies like Dum Laga Ke Haisha, Shubh Mangal Saavdhan, Badhaai Ho, Andhadhun, and Article 15. (Also Read: Anushka Sharma Shares An Unmissable Photo Of Her Baby Bump, Hubby, Virat Kohli Drops A Cute Comment)

And like they say, behind every successful man, there is a woman and in Ayushmann’s case, it is his beautiful wife, Tahira Kashyap. Tahira is an author, filmmaker, and a cancer survivor. Although they lived in the same city, Ayushmann met Tahira in a tuition class and they instantly fell in love with each other. They are happily married for 11 years now and their love has just grown with every passing day. From being best friends to soulmates, nothing has come in between them not even Ayushmann’s stardom.

On September 14, 2020, Ayushmann Khurrana turned 36 and his doting wife penned an adorable birthday wish for him. She took to her IG handle and shared a lovely picture of Ayushmann’s cake smashed face. In the picture, Tahira was seen tasting the cake from Ayushmann’s face and his reaction was unmissable. Along with the picture, Tahira wrote, “Having my cake and eating it too! @ayushmannk #happybirthdaysoulmate.” 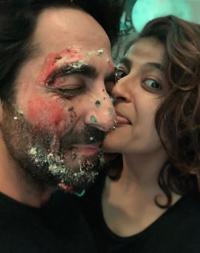 On September 14, 2019, when Ayushmann Khurrana had turned 35, his wife, Tahira Kashyap had hosted a celebratory night with their friends and family on his birthday eve. To mark his birthday, Tahira had also written a heartfelt birthday wish for her ‘lovely human’ along with some 'so-much-in-love' pictures of themselves, which could be read as “Happy bday to this lovely human @ayushmannk it’s so amazing to see you transform and evolve! Life is beautiful with you. Thank you lovely people for making this day so so so memorable.” (Also Read: Shilpa Shetty Kundra's Son, Viaan Turns His Dad, Raj Kundra Into An Actor, Actress Shares VFX Video) 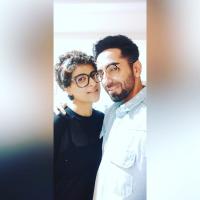 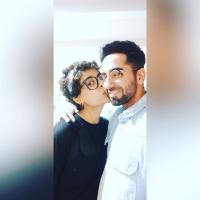 Do you know, Tahira was diagnosed with cancer on Ayushmann’s birthday in 2018? When the actor was promoting his two blockbuster films, Bashaai Ho and Andhadhun, his wife was diagnosed with breast cancer. Ayushmann had been her constant support throughout her survival journey and stood like a pillar while supporting her at every juncture. In an interview with the Mid-Day, Ayushmann had revealed that Tahira was diagnosed on his birthday (September 14) and they had to maintain a happy state to deal with the trauma. He had stated that there was no point in crying and he had taken her to watch the film, Manmarziyaan. After the film, they had come back and got the date for her operation. Tahira and Ayushmann are doting parents to two lovely kids, Virajveer and Varushka. On November 1, 2019, the lovely couple had completed 11 years of marital bliss and to wish her husband, Tahira had taken to her Instagram handle and posted an unseen picture from their sangeeet with a heartfelt note which could be read as “11 years back we had each other’s asses and still do! Happy anniversary @ayushmannk (This one’s from our sangeet and marriage. And I remember my heart was pounding, beating, bouncing 10 times faster and still does though the reasons might have changed! Kidding you still get to me just like before).” Ayushmann too had posted an unseen picture of his lovely wife and had written, “Eleven years with this beautiful girl. Got butterflies of all kinds while posting this picture. Umm. Happy anniversary @tahirakashyap.” (Also Read: Showik Chakraborty Says Sushant Singh Rajput's Manager Procured Drugs For Him Not Rhea Chakraborty) 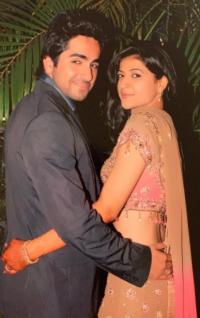 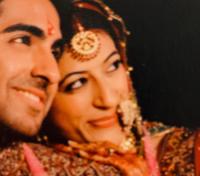 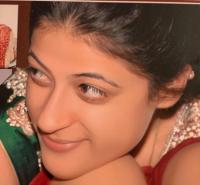 In a world of glam and glitz, relationships changes with time and we have often seen more divorces than successful love stories. However, one Bollywood actor that never shied away from sharing his 'married' status, even before getting famous, is none other than Ayushmann Khurrana. The actor has been acing the