Bollywood actress, Shilpa Shetty Kundra shared a VFX video directed by her son, Viaan and her husband, Raj Kundra acts in the video. Take a look!

One of the most gorgeous and supremely talented actresses of Bollywood, Shilpa Shetty had gotten married to the businessman, Raj Kundra on November 22, 2009. Since then, both of them have been an inspiration to many newbie couples. The couple had gotten blessed with their first child named, Viaan Raj Kundra on May 21, 2012. However, it was on February 15, 2020, when Shilpa Shetty Kundra and Raj Kundra had welcomed their second born, a baby girl via surrogacy, whom they have named Samisha Shetty Kundra. (Recommended Read: Showik Chakraborty Says Sushant Singh Rajput's Manager Procured Drugs For Him Not Rhea Chakraborty)

Well, we all know that Shilpa and her 8-year-old son, Viaan share a beautiful relationship with each other. The actress is a hands-on mommy and always encourages her little son to discover new things. Scroll down to see a glimpse of the same!

Shilpa Shetty Ready To Separate From Husband, Raj Kundra, To Move Out Of His Mansion With Her Kids? 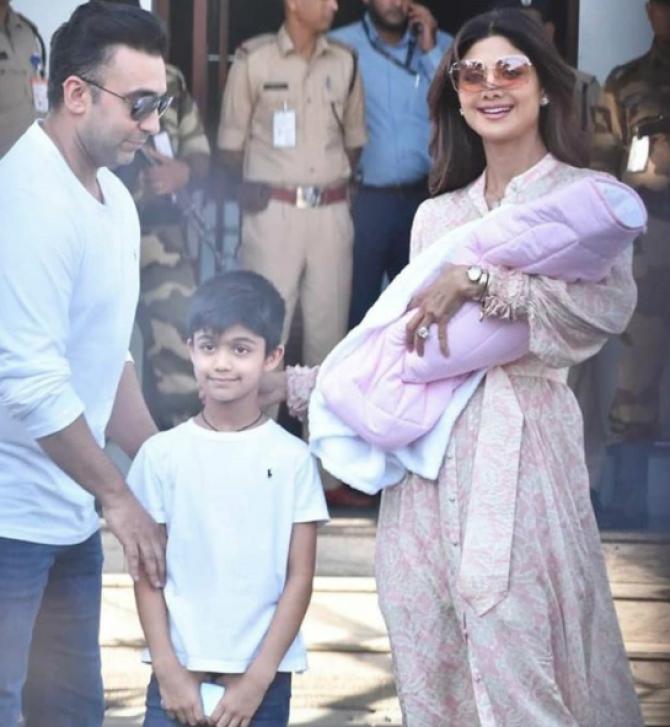 On September 13, 2020, Bollywood actress, Shilpa Shetty Kundra took to her Instagram handle and shared an impressive video made by her son, Viaan Raj Kundra. In the video, we can see Viaan's sharp VFX skills as he inserts a tiger in the video alongside his father, Raj Kundra, who did a little bit of acting while sitting with their cat. Along with this video, Shilpa wrote a caption and revealed that her son converted her hubby into an actor. Her caption can be read as "Sundays be like... My son and director, Viaan-Raj convert my hubby @rajkundra9 into an actor Batao! Ghar ki murgi dal barabar!" The doting dad shared the same video on his Instagram handle too and wrote, "Don't miss my son shouting action he wanted to show off his editing and VFX skills so here you go Cats #punjabi power" in the caption. Take a look:

Everyone is aware of the friendly bond that Shilpa shares with Viaan, and time and again Shilpa has shared glimpses of their beautiful bond with their fans through Instagram. For instance, on August 4, 2020, Shilpa had taken to her IG handle and had shared a goofy picture with her son, Viaan. Along with the picture, she had penned a note on how important it is to keep one's inner child alive. Her note could be read as "Our youth is spent in shaping us for life ahead... education, career, friendships, relationships, heartbreaks, and so much more. All of this - more or less - is common to most of us. But, as the years go by, we unlearn some things and learn some more. Maturity and pragmatism take over our vulnerability and trust." 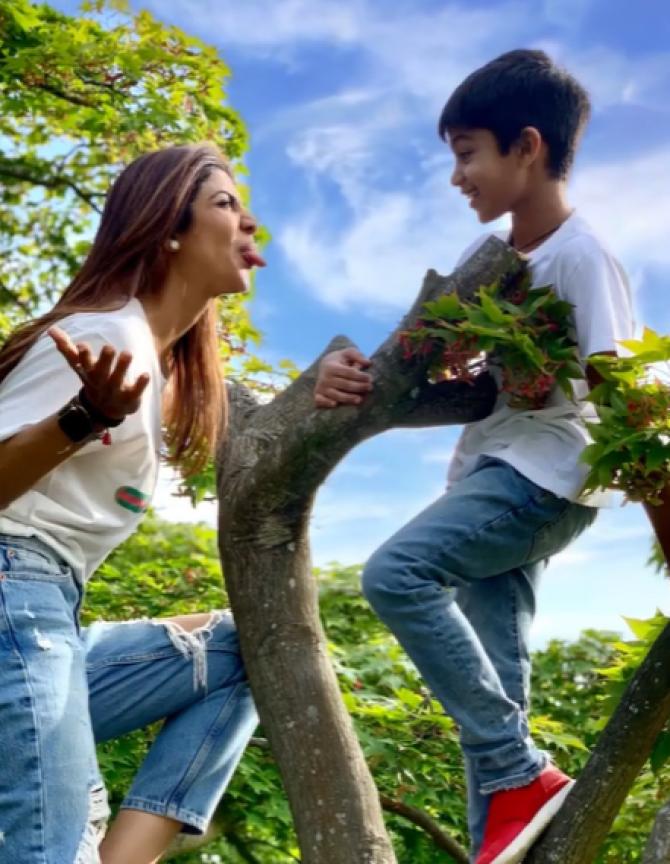 On the occasion of Mother's Day, Viaan had surprised his mom with a handwritten letter which is one of the most precious gifts for every mother. Shilpa Shetty Kundra had taken to her Instagram handle and had shared a video with her son, Viaan Raj Kundra and daughter, Samisha Shetty Kundra along with a clip of her son's letter. Alongside it, she had written a heart-melting caption that could be read as "Making the decision to have a child - it is momentous. It is to decide forever to have your heart go walking around outside your body." - Elizabeth Stone. To the two halves of my heart Viaan & Samisha: You both complete me. I love you! Thank you for choosing me. Happy Mother's Day... to me and to all those amazing mothers out there." (Don't Miss: Throwback Video Of Rishi Kapoor Being Emotional Seeing Son Ranbir Kapoor's Transformation In 'Sanju')

In an interview with Mumbai Mirror, Shilpa had revealed details about her second child and had stated that she and Raj were trying for a second child for five years. Shilpa had also stated that she always wanted to have a girl child and had revealed how she had come up with the name, Samisha. Talking about the same, she had retorted, "I came up with it when I was 21. I had always prayed for a daughter." (Also Read: Suresh Raina Shares A Perfect Family Picture With Wife, Priyanka Raina And Kids, Gracia And Rio) 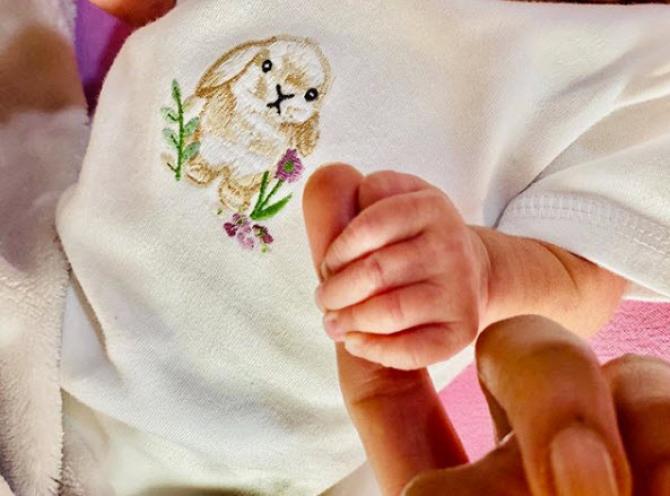 Did you like Viaan's VFX video? Let us know! Bollywood actress, Shilpa Shetty Kundra and her hubby, Raj Kundra had embraced parenthood for the first time with the arrival of their son on May 21, 2012. The little munchkin, Viaan was born at Hinduja Hospital, Mumbai, and ever since then, he has become the apple of the eyes of his parents. Eight