As per the reports, the trouble in Swara Bhasker and Himanshu Sharma's paradise cropped up when she propounded the subject of marriage which she didn't realise that he had been avoiding for a while. Meri Har Khushi Mein Ho Teri Khushi, Mohabbat Hai Yeh Ji Huzoori Nahi… Love is such a beautiful feeling but behind those rose-tinted glasses, begins a nightmare of heartbreaks and depression. It is perfectly normal in a relationship with you and your partner wanting different things from each other, as well as, life. But still, some prefer to continue their ‘friends with benefits’ relationship, and on the other hand, some choose to end it on an amicable note. Later is the case with one of the most talented stars in the Tinseltown, Swara Bhasker and her National award-winning writer-boyfriend, Himanshu Sharma. (Also Read: Karisma Kapoor Shares A Sunkissed Family Picture From London, Fans Wonder Where Is Taimur Ali Khan)

Swara Bhasker, who is known for speaking her heart out and not mincing her words, has never been too candid about her personal life. A little was known about her dating the National Award winner and screenwriter, Himanshu Sharma. During the making of Raanjhanaa, Swara and Himanshu had met for the first time and while shooting for Tanu Weds Manu Returns, they became each other’s confidante. Swara and Himanshu have been in a steady relationship for over four years until now! 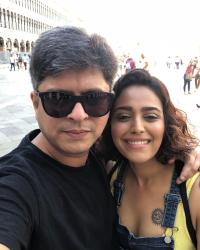 Seems like destiny had different plans for Swara Bhasker and Himanshu Sharma, and reportedly this once-much-in-love couple had parted ways. As per a Mumbai Mirror report a few days back, Swara and Himanshu had ended their five years of relationship. In fact, a source close to the couple had shared with The Indian Express, “Swara Bhasker and Himanshu Sharma have parted ways due to their disagreement about what the future should look like. The separation is amicable.” 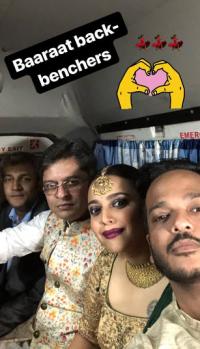 Now as per a SpotboyE report, the trouble in Swara Bhasker and Himanshu Sharma's paradise cropped up when she propounded the subject of marriage which she didn't realise that Himanshu had been avoiding it for quite a while now. It came as a shock to Swara when Himanshu told her that marriage was never on his mind. When priorities are different and couples aren't on the same page, problems may arise. So, the reason was enough to make a dent into their relationship and Swara and Himanshu decided to break up, but on an amicable note. 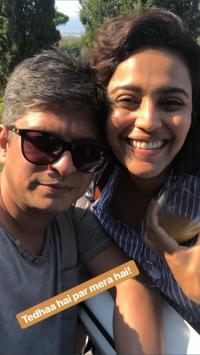 When an online portal, In.Com had reached out to Swara Bhasker and Himanshu Sharma to confirm the veracity of the report, the former didn’t respond to the calls and texts made to her while the latter did had something to say. He had stated, “Actually, can I call you in some time? I have a very bad back problem. I am bedridden. I am not able to move. I want to see a doctor right now.” When probed further, Himanshu had said, “Sir, will you allow me to get fine and talk to you please?" (Also Read: Chhavi Mittal Solves Most Mysterious Question Of 'Why Do Babies Cry?', Reveals How To Identify Signs) 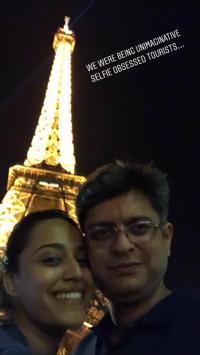 In 2018, Swara Bhasker had admitted to being in a relationship with Himanshu Sharma and had stated to IANS, “Yes, we are dating and are happy and committed. Now you know why Himanshu is my favourite dialogue writer." Himanshu too, had confirmed the news of dating Swara and had remarked in another interview, “Yes, we are dating each other. We're in a happy space and currently, both of us are concentrating solely on our careers. We haven't thought about marriage as yet, but when the time comes, we will surely take the leap.” 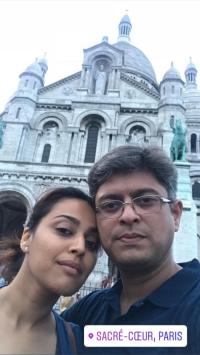 Swara Bhasker, in an interview, had talked about her belief in the institution of marriage. She had shared, “I believe in the institution of marriage.” She had further added, “Really? Are you surprised that I don't smoke, I don't do drugs? I know people think I must be wild but I am very gharelu.” On being asked, when are the wedding bells ringing, Swara had informed, “Ab woh Himanshu ko poocho. Unilateral decision main kaise lun?”

Sharing her views about the institution of marriage and live-in relationships, Swara had expressed, "I have been in a live-in relationship, but I haven’t been married. The thing with a live-in is that you are basically married, except for the paperwork. The routine is exactly like that of a married couple. I mean what is marriage than two people sharing a home or life? When I was living-in, both our families knew and we were close to each other’s family. It was not any different from a marriage. Also, urban living in modern India is slowly changing the institutions, the values. But I believe in marriage because I believe in family. My strongest support and the reason why I am still rational and not flipping insane is because of my family. I want to be married and have a family."

Speaking about what kind of wedding she wants and if she has discussed it with her boyfriend, Himanshu Sharma, Swara Bhasker had said, “I haven’t thought about it. Himanshu and I have discussed marriage, but we both still don’t know when. I just know that I want my marriage to be a huge party, like a massive affair. I want to have lots of days, lots of functions and lots of gaana-bajaana. I want to be drunk for the entirety of it. When I told my mother, she was shocked. She said, ‘Chhi beta, who talks like this? How shameful.’ But I don’t care, I will be drunk from the first day to the last day. (Bursts out laughing) I have a lot of friends abroad and I want them to come for my shaadi. I have all these plans, but there’s no timeline so sometimes, I worry the person should be the same. We joke about this too and we’re very different temperamentally.”

And what kind of a wedding his then-boyfriend, Himanshu Bhasker desires of, Swara Bhasker had revealed, “He wants to get married in court without any taam jhaam. And I’m like, I’m getting married. Swara Bhasker is retiring from the playing field and there won’t be any taam jhaam? (Laughs) It has to be a party and how! I need to go out with a bang.” (Also Read: Bipasha Basu And Karan Singh Grover's 'Pujo Twinning' Is Making Us Crush On Them All Over Again) 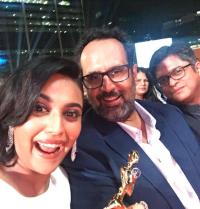 Swara Bhasker 'Forces' A Europe Vacation On Boyfriend Himanshu Sharma For His Birthday, Pics Inside 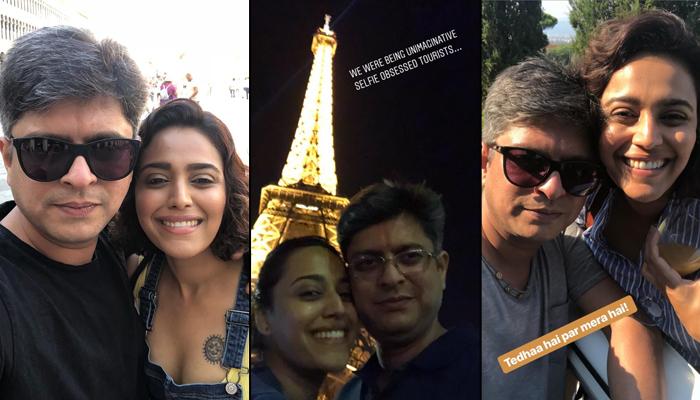 Our B-town celebs can be segregated into two categories, one who are just like an open book and keep updating their fans about their personal life, and other prefer keeping their personal life private. One such Bollywood diva, who belongs to the former category is none other than Veere Di