Sushmita Sen shares a lovely bond with her daughters, Renee and Alisah. On March 31, 2020, she shared a lovely portrait drawn by her little Alisah and it has melted our hearts. 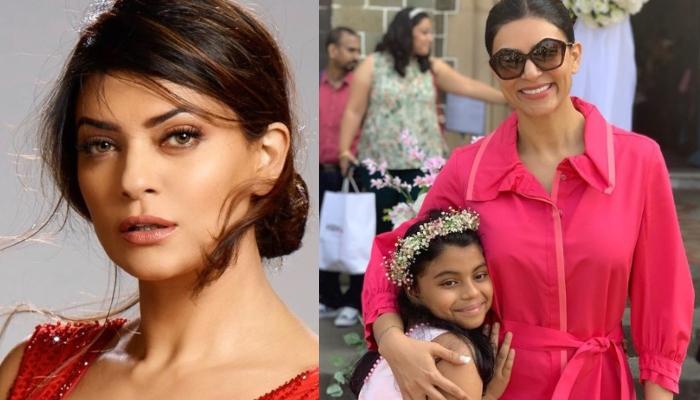 Nothing in this world can match up to the love of a mother for her children. From raising her little ones with a lot of patience to imbibing good values in them, she makes sure to be with them throughout their lives. Not even once, she thinks about herself when it comes to the priorities of her children and she always makes sure to give them the best. The gorgeous diva, Sushmita Sen is one such doting mother, who has always given the best to both her daughters, Renee and Alisah. (Also Read: Shoaib Ibrahim Shares A Picture With Wifey, Dipika Kakar, Gives A Glimpse Of Their 'Us' Moment)

Sushmita Sen had shocked everyone when at the age of 24, she had taken the bold step of adopting a little angel, whom she had lovingly named Renee. And in the year 2010, she had adopted her second daughter, Alisah. Known for living her life on her own terms, Sushmita shares a lovely bond with both her daughters and has been nurturing them with the best of her capability. She often shares adorable glimpses with her daughters, giving a sneak peek into their happy paradise.

On March 31, 2020, Sushmita took to her Instagram stories and shared a lovely portrait drawn by her daughter, Alisah. In the portrait, a woman was seen kissing her baby cuddled in her arms. The portrait was signed by Alisah with the date March 31, 2020. Sushmita couldn’t hide her emotions and wrote ‘Alisah and Maa’ on it with a heart emoticon.

On August 28, 2019, Alisah had turned a year older and her mom had shared a beautiful wish for her. The happiest mommy had posted a lovely solo picture of an all-smiling Alisah, along with the caption that could be read as “We enter double digits!!!! Happppyyyyy 10th Birthday to the love of my life!!! May God bless this gift called ‘Alisah’ with the best of health, happiness & the courage to be more of herself!!! I love you my Shona Maa!!! We are 10!!!! yessssssss!!! #duggadugga I love you guys!!!!” (Also Read: Anushka Sharma Hints At The Silver Lining Amidst This Depressing Time, Shares A Cute Picture!)

In a chat with India Today, Sushmita had shared why she dropped out of films after adopting Alisah. The former Miss Universe had clarified that she couldn’t be there for her elder daughter, Renee, but wanted to be with Alisah. She had also shared that her thought of looking towards motherhood changed when she had adopted Alisah. In the actress’ own words, "I know that people say that your best years are your youthful years where you can do films and you look younger etc. I asked myself, 'If I don't do films right now and I focus on this, will I regret it? And if I choose to not be with Alisah and go do films, which one would I regret more?' It was a no-brainer for me. It's not just seeing their first step or first word, that I missed out for Renee. It's their personality development, to witness who they are becoming. I did not sponsor a child. I became a mother. There is a very big difference.”

Further revealing how she had looked at motherhood after her second daughter’s adoption, Sushmita had remarked, "I thought that I have to keep making money, keep paying the bills. My approach to motherhood with Renee was more like a father - the provider. I didn't have the time to be the provider and the nurturer because there was just so much work to do. I literally had her in a sack, with Chi Chi (Govinda) and David Dhawan holding her on the sets, and I'm giving my shot! I worked like that because I wanted to stay close to her, the best I could.” (Also Read: Karan Johar's Daughter, Roohi Doesn't Like His Wardrobe As Son, Yash Advises Him To Change His Style)

What do you think about Alisah’s drawing? Let us know. 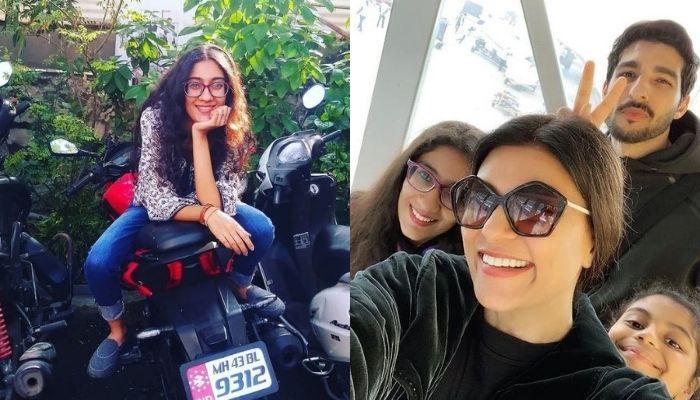 A daughter is the shadow of her mother. Everything she learns, be it her first step, first word, first dance and everything she does, there's a subtle glimpse of her mother in it. Bollywood's bong beauty, Sushmita Sen has trained her daughters, Renee and Alisah and we can see 'mini-me'(s) of Sushmita