No amount of words or support can ever heal the pain of an 'unsaid goodbye', and Sushant Singh Rajput's family are going through a similar pain as they are fighting to get justice for him. 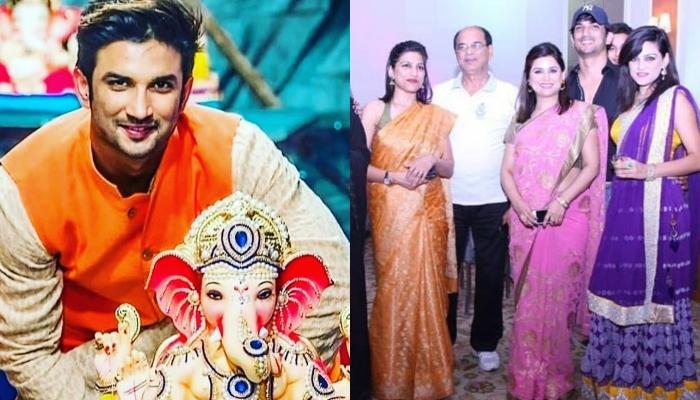 Bollywood actor, Sushant Singh Rajput's sudden demise was the most heartbreaking news of the year 2020. The entire nation was left devasted, and no one was ready to believe the claims that he had taken his own life. His fans across the world came forwards and had started an unofficial investigation and collecting proofs to prove that it was a planned murder. After a month, his family had registered an FIR against his girlfriend, Rhea Chakraborty for abetment of suicide, followed by a demand of CBI inquiry which was approved by the Supreme Court. (Recommend Read: Mouni Roy Was Spotted Spending Time With Her Rumoured Boyfriend, Suraj Nambiar In Dubai [Video])

Since then, the investigation has taken a new course; we get to hear a new revelation every day. However, no one can understand the pain which Sushant's family has been going through. Their world, their 'Gulshan' had left the world, and they don't know yet what had happened to him in the last hours. But in this fight for Justice, the entire nation is standing firm with them and has become 'warriors' for their 'SSR'.

On August 29, 2020, Sushant Singh Rajput's sister, Meetu Singh shared a beautiful childhood picture of her baby brother. In the picture, we can see Sushant was looking adorable as he posed for the camera with his purest smile. In the tweet, his sister wrote an emotional message that states that it is impossible to forget him. Check it out below: 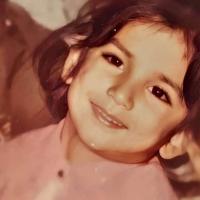 For those who don't know, on August 5, 2020, the Supreme Court has accepted the plea and the Centre's senior second-most law officer Tushar Mehta informed, "Union of India has in principle accepted the request by Bihar to have a CBI probe. Notification regarding the same will be issued by the end of day today." Expressing gratitude for the same, Sushant Singh Rajput's sister, Shweta Singh Kirti had shared her gratitude and had thanked God as they are one step closer to knowing the truth. Shweta had shared pictures from a news channel broadcasting the historical moment of setting up the foundation of Ram Mandir in Ayodhya, while on the ticker, the news of Supreme Court accepting the CBI investigation was flashing. Alognside it, she had written, "This definitely Cannot be a co-incidence. As the mantras were chanted...Steps towards Justice were taken! I love you God... I know ur with us. We are one step closer to finding the truth Bhai." (Also Read: Genelia Deshmukh Was Tested Positive For COVID-19, Opens Up On Staying Away From Family)

Post the Supreme Court's verdict, Sushant's family had released a statement, which could be read as "We, Sushant's family thank our friends, well-wishers media and millions of fans worldwide for their love for Sushant and support for us. We are particularly thankful to Shri Nitesh Kumar, Hon'ble Chief Minister, Bihar for setting the wheel of Justice in motion. Now, that the country's premier investigating agency has taken over, we believe that all those involved in the dastardly crime will be brought to Justice." (Don't Miss: Shoaib Ibrahim Takes His Wife, Dipika Kakar Out For A Date Night, Shares A Beautiful Picture)

Well, we hope the truth comes out!