Mouni Roy was spotted chilling with her rumoured boyfriend in Dubai. Scroll down to check out the video!

One of the most popular actresses of the television world, Mouni Roy, is steadily stepping in Bollywood and garnering a lot of praise with time with films like, Gold and Made In China in her kitty. Mouni Roy's relationship status is something she has kept under wraps. No matter how much probing by the media, the private person that the gorgeous actress is, she has managed to conceal her dating life so far. But, it seems not anymore. Scroll down to know the latest piece of gossip, wherein Mouni Roy was spotted chilling with her rumoured boyfriend in Dubai! (Recommended Read: Taimur Ali Khan's Expression Seeing 'Ganesh Darshan' Is Unmissable In This Family Picture)

Mouni Roy was in Dubai when lockdown had started and she hasn't come back to India yet. She had kept her fans hooked to her IG feed with her beautiful pictures and glimpses of what she had been up to during the lockdown. Some days ago, we had spotted her flaunting a huge diamond on her ring finger while she was trying out a filter by her friend, Roshni Chopra on her IG story. We were wondering if she had gotten engaged in the lockdown!

The rumours of Mouni Roy dating a Dubai-based banker named, Suraj Nambiar have been in the air for quite some time now. And the recent proof of their dating rumours is one of her recent IG posts, which is a video featuring her shooting hoops. In the video, Mouni is constantly cheered by a voice in the background. According to reports flashed in ETimes, the voice is her rumoured boyfriend, Suraj Nambiar's. ETimes claims that Mouni was seen shooting hoops in The Marina Torch, the building where Suraj Nambiar stays. She was even spotted in Dubai with Suraj on a trip. Mouni Roy has been very tight-lipped about her relationship with Suraj Nambiar so far.

According to ETimes, only some of Mouni Roy's close friends, like, Roopali Kadyan (wife of Contiloe Films' head honcho Abhimanyu Singh) and a few others know about her affair. But they have been requested to remain discreet about Mouni and Suraj's alleged relationship. If reports are to be believed, Roopali was even asked by Mouni to delete a picture of her and Suraj together in the past, which Rupali had posted on her social media handle last year. In a 2019 interview with the Mumbai Mirror, Mouni Roy had addressed her relationship status. She had said, "People who matter know I'm single and it's not about the shortage of time because you can compartmentalise your life. But I need to meet the right person, I can't just pick someone and start dating. At the moment I'm grateful for this window (movies) that has opened in my life. I don't think I should throw it away by not giving my 100 percent to it." (Also Read: Mira Rajput Kapoor Spills The Beans On Having A Third Child, Reveals The Birthday Theme Of Zain) 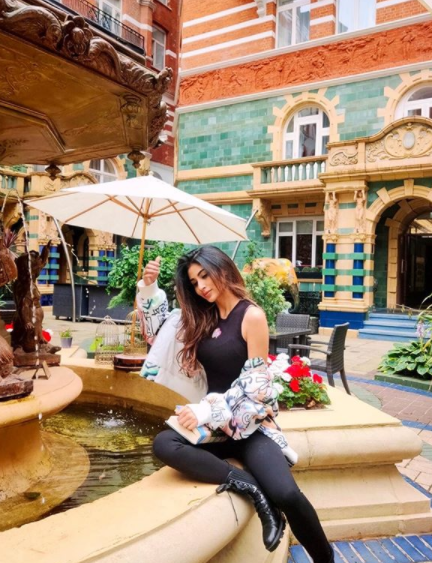 In a recent interview with Pinkvilla, Mouni Roy was asked if she regrets loving someone, and she had replied, "I don't regret anything. Because that eventually makes you the person you are. But could I have been better? Yes! Did I know any better at that point of time? No! I was just being the best I could be at that age or time." Revealing her wedding plans, Mouni had continued, "I absolutely don't have any plans of getting married right now. That would be one of the happiest days of my life. Once that is about to happen, everyone will know because I'm shouting from the rooftops." FYI, Mouni Roy had been linked to a lot of actors since her journey had begun in the entertainment industry. Some of the names are her Devon Ke Dev...Mahadev co-star, Mohit Raina, actor, Gaurav Chopra, Brahmastra director, Ayan Mukerji and many more. What's noticeable is, Mouni has never confirmed or denied any of her affairs in public! (Don't Miss: Kareena Kapoor Khan Radiates Pregnancy Glow In Her Green Salwar Suit As She Steps Out On A Rainy Day)

What do you think of Mouni Roy's relationship status? Share with us!