Not only Sushant’s sister, Shweta Singh Kirti expressed her gratitude and happiness after acceptance for CBI probe, his niece, Mallika also thanked his fans. Scroll down to know more! 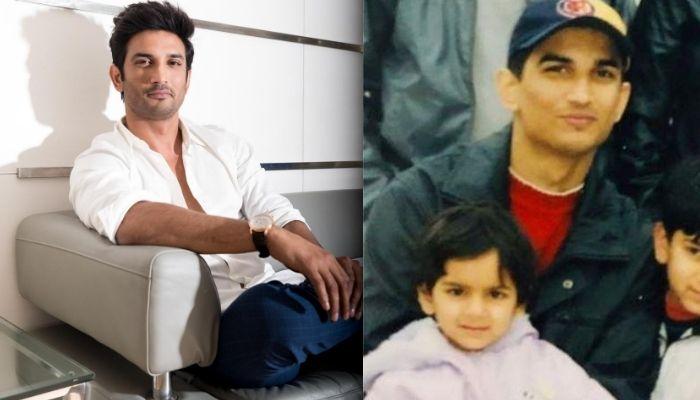 A person’s death is not just his life ending, but it is the death of thousands of emotions and numerous relations. Sushant Singh Rajput’s sudden demise broke million hearts and his family’s million emotions related to him were snatched away. Now, the only emotion every one and his family is holding on to is of struggle to get justice for him and bring out the actual truth. Sushant’s family is now fighting for him since they have filed an FIR against his girlfriend, Rhea Chakraborty. (Also Read: Sushant SinghRajput's Sister, Shweta Shared A WhatsApp Chat With Him About Family From May 2020)

After all the struggles, on August 5, 2020, Supreme Court had finally accepted the plea of CBI investigation and it was a grand day for the family. Not only Sushant’s sister, Shweta Singh Kirti expressed her gratitude and happiness, his niece, Mallika also thanked his fans. Scroll down to know more! 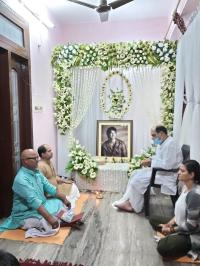 After Supreme Court accepted the plea of CBI probe, Sushant’s sister, Rani di’s daughter, Mallika took to her IG stories to share two cute selfies with her ‘Gulshan mamu’ and thanked his fans for their efforts that helped them reach this stage. Sharing two goofy pictures with her mamu, Mallika wrote, “I can’t thank everyone enough for your tireless efforts” atop it. Take a look: 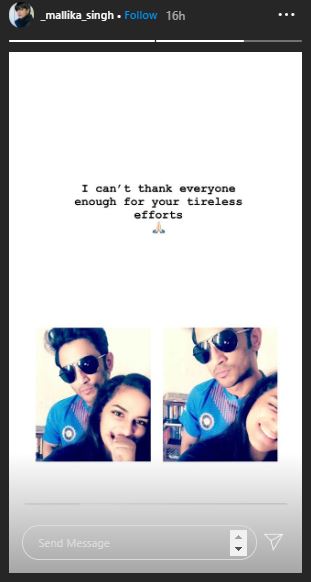 On scrolling through Mallika’s feed, we stumbled upon a post of her which had a picture and video of her Gulshan mamu, Sushant. She had posted a picture and video with her mamu on June 20, six days after Sushant’s death. The picture had looked like from Sushant’s teenage days, where he could be seen holding Mallika, however, the video had looked a little more from recent times. In the video, Sushant and Mallika could be seen using Snapchat filter. Along with this, Mallika had written, “I love you so, so much, my Gulshan mama. I will miss you immensely.” Take a look:

Shweta has been reminiscing her brother every other day, and it is obvious for a sister to do so. On July 1, 2020, Shweta had taken to her Instagram handle to share an adorable picture of her daughter with her mamu, SSR. In the picture, it had looked as if SSR was indulged in a conversation when his niece had decided to shower him with love and hugs. Sharing the picture, Shweta had written, “Sweethearts, Freyju with her Mamu #sushantsinghrajput.” (Don't Miss: Big B Motivates Son, Abhishek To Fight Back COVID-19 With Father, Harivansh Rai Bachchan's Poem) 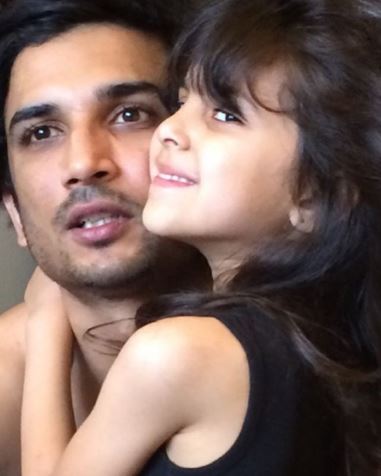 Shweta Singh Kirti's husband, Vishal Kirti too had shared the similar picture of his brother-in-law, Sushant with his daughter, who could be seen lovingly clinging on to her mamu, who is no more. He had shared the picture on his Twitter handle, mentioning how hard it is to not go back to the memories again and again.

It’s very hard to not go back to memories again and again. Daughter and BIL in 2014. pic.twitter.com/GGYZOWsxbK — vishal kirti (@vikirti) June 24, 2020

Sushant’s nieces and nephews are missing their Gulshan mamu. Two days post Sushant’s demise, Shweta Singh Kirti had revealed how his nephew, Nirvanh had reacted on his mamu's demise, and had written in her FB status, "When I told Nirvanh the news that Mamu is no more, he said “But he is alive in your heart” 3 times. When a 5 yr old can say something like that... think how strong we should all be.... Stay Strong everyone.... especially the fans of Sushant... please understand he lives in our hearts and he will always keep doing so....Please don’t do anything that can hurt his soul....Stay Strong! #LongliveSushant #Ourheartsisurabodenow #Keeppraying."

After the case being transferred to CBI, Sushant Singh Rajput's sister, Shweta Singh Kirti had taken to her Instagram handle and had shared her gratitude and had thanked God as they are now one step closer to knowing the truth. Shweta had shared pictures from a news channel, broadcasting the historical moment of setting up the foundation of Ram Mandir in Ayodhya, while on the ticker, the news of Supreme Court accepting the CBI investigation was flashing. Alongside it, she had written, "This definitely Cannot be a co-incidence. As the mantras were chanted...Steps towards Justice were taken! I love you God... I know ur with us. We are one step closer to finding the truth Bhai." (Recommended Read: Rhea Chakraborty Would Not Meet SSR's Family, Would Not Let His Friends Contact Him, Says Smita)

We pray Sushant gets justice and the truth comes out soon! Sushant Singh Rajput’s death has come as a shock for the entire nation, and nobody can even believe that the actor could commit suicide. With the support of his million fans, Sushant’s family has been fighting a case to find out the truth and get justice for him. After an