Abhishek Bachchan is still fighting his battle against the novel Coronavirus and dad, Amitabh Bachchan has motivated him to hold on with his father, Harivansh Rai Bachchan’s poem. Check out! 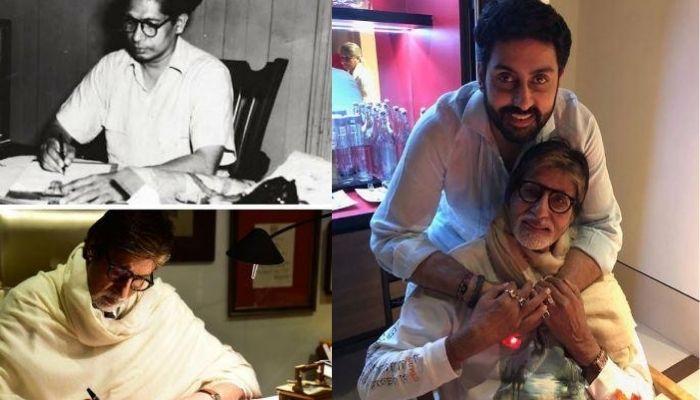 The COVID-19 has affected not only the layman, but also the affluent people of our society. It was on July 11, 2020, when Amitabh Bachchan had informed that he was tested positive with the novel Coronavirus and was admitted to Nanavati Hospital, Mumbai. Later, Abhishek Bachchan too was found infected with the virus and he had also informed about having mild symptoms. Aishwarya Rai Bachchan and Aaradhya Bachchan had also tested positive in the second round and after quarantining at home for a few days, the two were also admitted to the Nanavati Hospital. (Also Read: Sushant SinghRajput's Sister, Shweta Shared A WhatsApp Chat With Him About Family From May 2020)

It’s been a while that Aishwarya and Aaradhya have been discharged from the hospital, and a few days back, Amitabh Bachchan too was tested negative for the virus and he had headed back to his home. However, Abhishek Bachchan is still fighting his battle against the novel Coronavirus and his positive outlook has amused us all. Yet, your family’s support is what makes you strongest and Amitabh Bachchan has motivated his son to hold on with his father, Harivansh Rai Bachchan’s poem.

Amitabh Bachchan took to his IG handle to share a creative picture with son, Abhishek Bachchan to motivate him during these tough times. In the picture, we can see Big B and Abhishek donning sports attire while being on a sports ground. Big B seems to be kicking a football, which was edited to be represented as the virus. It felt like Big B was trying to say that I have kicked the virus out, and now, it’s your turn son. Along with the picture, Amit ji shared a motivational poem written by his father, Harivansh Rai Bachchan. He wrote, “Dhanush utha, prahar kar tu sabse phela vaar kar, aagni si dhadak-dhadak, hiraan si sajaag sajaag, singh si dahad kar, shaankh si pikaar kar, ruke na tu, thaake na tu, jhukhe na tu, thaame na tu ~ Harivansh Rai Bachchan” in Hindi. Take a look: Before, Amitabh Bachchan’s motivational post, it was Abhishek Bachchan, who shared a picture of his 'care board' from the hospital on his IG handle. The care board showed the actor’s health chart on his 26th day in hospital and how there is still no plan to discharge him. Along with the picture, Abhishek wrote, “Hospital day :26 Discharge plan: NO! Come on Bachchan, you can do it!! #believe.” His sister, Shweta Bachchan Nanda, who has been a constant motivation in his life commented, “Hang in there!!! Yes you can do it” followed by a heart emoticon and an evil eye. Take a look:

On August 4, 2020, Abhishek Bachchan had taken to his IG handle and had shared a view from his isolation room in the hospital. Along with the picture, he had channeled his positive attitude and had written, “The colours of nature never fail to impress. #alwayslookonthebrightsideoflife." While his fans and well-wishers had commented for his speedy recovery, his sister, Shweta Nanda Bachchan had written, “You. Hang in there.” (Recommended Read: Divya Agarwal Shares A Picture Wearing PPE Kit And Mask, Beau, Varun Sood's Comment Is Unmissable) 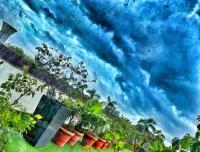 On July 31, 2020, Abhishek had shared a picture of the isolation ward of the Nanavati hospital where is currently being treated. He had taken to his IG handle and had posted a picture of the hospital corridor and had written, "Light at the end of the tunnel! #latenightwalks." His sister, Shweta Bachchan Nanda had showed her support and had commented, "Soon" on his post. 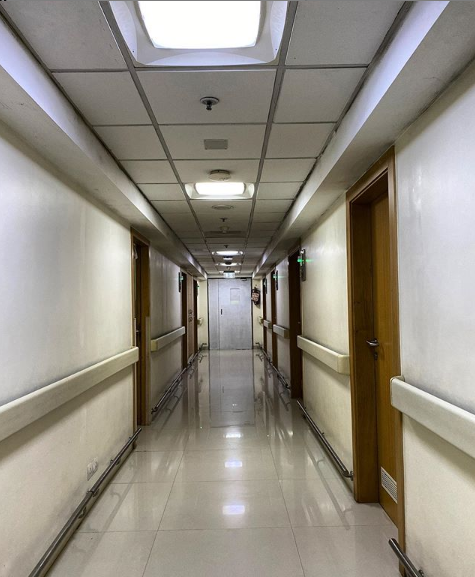 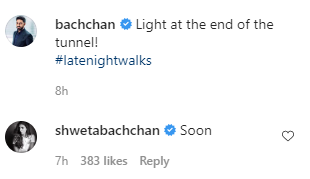 On Raksha Bandhan, i.e., August 3, 2020, Shweta Nanda Bachchan was missing her brother, Abhishek. She had taken to her IG handle and had shared a monochrome picture of him and had written, “Couldn’t have asked for a better brother, or devoted sidekick, love you - (Been soo long I’m even missing your lectures) Get well, Get back home!” (Recommended Read: Rhea Chakraborty Would Not Meet SSR's Family, Would Not Let His Friends Contact Him, Says Smita) 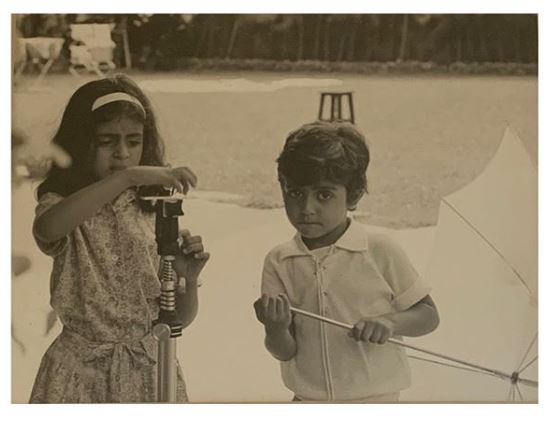