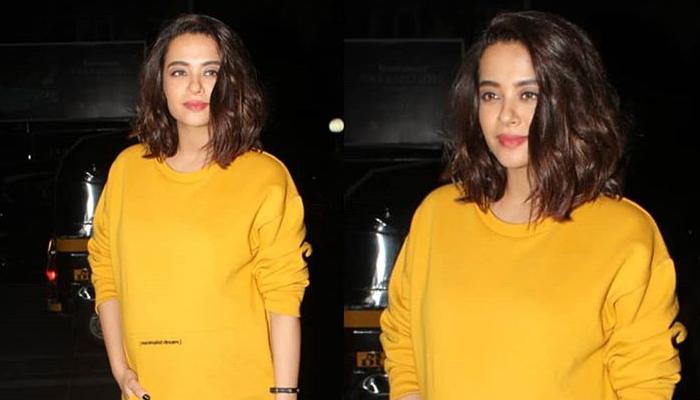 We have seen quite a few couples in B-town who met each other through common friends and felt an instant connection. Adding to the list was Kahiin to Hoga fame actress, Surveen Chawla, who married a businessman, Akshay Thakker in 2015 and their common friend played Cupid between them. In a secret Italy wedding, Surveen walked down the aisle and was pronounced wife to Akshay. After keeping her marriage under the wraps for two years, she announced her wedding in 2017. (Also Read: Kareena Kapoor Khan Reveals The Most Annoying Habit Of Her Husband, Saif Ali Khan, Video Inside)

Surveen Chawla and Akshay Thakker are all set to embrace parenthood in April 2019 and announcing this good news on social media, she had posted a framed photograph of herself with hubby Akshay Thakker, and two tiny red baby shoes kept in front of it. Posting the picture, Surveen wrote, “Life happens when it chooses to happen, when it wants to happen. And it is happening right now in this very moment, making our blessed and beautiful world even more blessed than what it already is! Yes, there is a miracle taking place, a miracle called life! And we are growing by two little teeny-weeny feet!! @akshaythakker.” 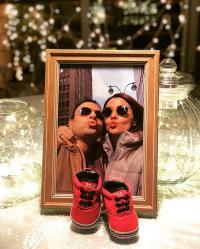 Surveen Chawla is in her last trimester and she recently had her pyjama-themed baby shower. While we will share the details of the same later, let us share with you another gorgeous public appearance of the mommy-to-be. On February 19, 2019, celebrity Pilates instructor, Namrata Purohit released her first music video, Flow amidst the creme de la creme of the industry. The to-be mommy, Surveen had also attended the launch and looked graceful as ever flaunting her baby bump. 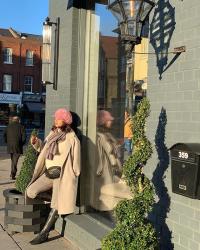 Seven-months pregnant, Surveen Chawla wore a yellow sweatshirt dress which she teamed up with a pair of maroon knee-high boots. The mommy-to-be smiled for the shutterbugs and flaunted her baby bump and pregnancy glow. Check out the video and photo:

On February 9, 2019, Surveen had her baby shower ceremony and the Hate Story 2 actress treated her fans with the inside glimpse from the celebrations. The best part about Surveen’s baby shower ceremony was that unlike usual baby shower ceremonies, it was a pyjama-themed bash wherein the mommy-to-be was glowing in her night suit. (Also Read: Taimur Ali Khan's Laughter Proves He's Enjoying Pataudi Time With Saif Ali Khan-Kareena Kapoor Khan) 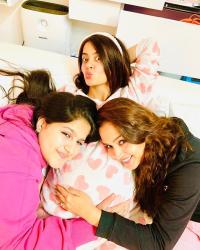 Surveen captioned the pictures as, “Hahahahahahahahahahahaha and all hearts #candid @sharadkelkar @gazala24 @iamnehap @meghnachitalia @keertikelkar @vishasuchde @bunnysanghavi @umitaishika Pic Courtesy: #candid by @faisal_miya__photuwale” and “So much love and more for the little heart ... @iammuskaanp @gazala24”. Surveen’s baby shower was all about fun and laughter, and it is quite evident through the pictures. Here are the insides of Surveen Chawla’s baby shower ceremony: 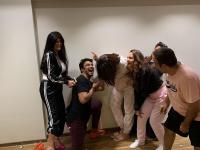 In an interaction with The Times Of India, the to-be mommy, Surveen expressed her and her husband’s happiness and excitement on embracing parenthood. She had said, “It’s a beautiful feeling and more so, as it has come completely unexpected for Akshay and me. Suddenly, life has become beautiful. I am looking forward to every step now. Of course, it’s unfamiliar territory, but the only one that comes with a guarantee of being wonderful. Akshay and I feel really blessed!” 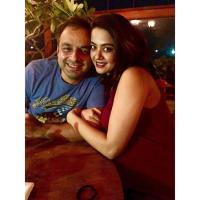 In an interview with Pinkvilla, Surveen got all candid about her mood swings, pregnancy feelings and how her husband, Akshay, is taking care of her. Calling him the most amazing dad-to-be, the mommy-to-be remarked, “Both of us have been supporting each other in different ways. He is the best thing that has ever happened to me. He is absolutely wonderful and he is one of those who without saying, jumps on to taking responsibilities. There's nothing more, that I could have asked for. There is pampering, he takes my mood swings and he is just the most amazing to-be-dad.” (Also Read: 'Happily Pregnant' Chhavi Mittal Shares 5 Myths About Pregnancy Which People Believe To Be True) 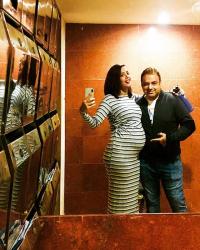 Did you like mommy-to-be, Surveen Chawla’s look at Namrata Purohit’s music video launch? Keep us posted! 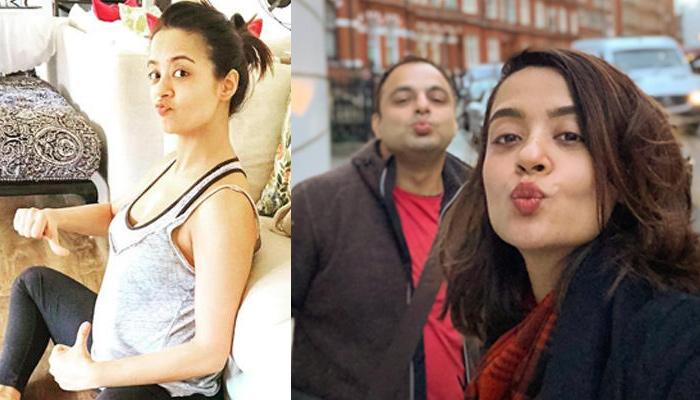 Pregnancy teaches a woman the true meaning of perseverance. Why do we say so? She has the most beautiful gift of nature inside her body but she has to wait for 9 whole months to see its face! While you can have your share of pampering from your hubby, making