Kareena Kapoor Khan Reveals The Most Annoying Habit Of Her Husband, Saif Ali Khan, Video Inside

Kareena Kapoor Khan Reveals The Most Annoying Habit Of Her Husband, Saif Ali Khan, Video Inside

In a world where marriages are capricious, Saif Ali Khan and Kareena Kapoor are an epitome of modern love. Saif and Kareena perfectly complement each other and they are now raising a mini-celebrity, Taimur Ali Khan, who has garnered fan-following more than his star family! With her gorgeous looks and his royal charm, Saifeena is one of the most classy and royal celeb couples of B-town. From their romantic getaways to walking hand-in-hand at public appearances, Saif and Kareena are #CoupleGoals. (Also Read: Taimur Ali Khan's Laughter Proves He's Enjoying Pataudi Time With Saif Ali Khan-Kareena Kapoor Khan)

On celebrity chat show, Starry Nights 2. OH!, Kareena Kapoor Khan appeared with her BFF, Amrita Arora Ladak, and was asked about the most annoying habit of her husband, Saif Ali Khan. To which, Bebo replied, "That he needs to have a foot massage anywhere in the world. Be it in aircraft, airport lounge, he will be the first one to lie down on that thing and go arre haan, pair daba do.”

On the same show, Kareena was asked to give a piece of dating advice to her step-daughter, Sara Ali Khan, who made her Bollywood debut in December 2018 and had two releases in the same month. Sharing the same, Kareena retorted, "Don't date your first hero." Which happens to be Sushant Singh Rajput as Sara made her Bollywood debut opposite him in Kedarnath, and sometime back there were rumours that the two are secretly dating each other. (Also Read: Is Sara Ali Khan Secretly Dating Her Kedarnath Co-Star Sushant Singh Rajput? Here's The Truth) On Kareena Kapoor Khan’s Ishq FM talk show, What Women Want, in one of the segments called ‘Bebology With Kareena Kapoor Khan’, a fan gets a chance to ask Kareena one question and her husband Saif Ali Khan got the opportunity to ask his wife a question. When Saif asked wife, Kareena his question, she couldn’t believe that he could have asked something so ‘cheeky’ on national radio. 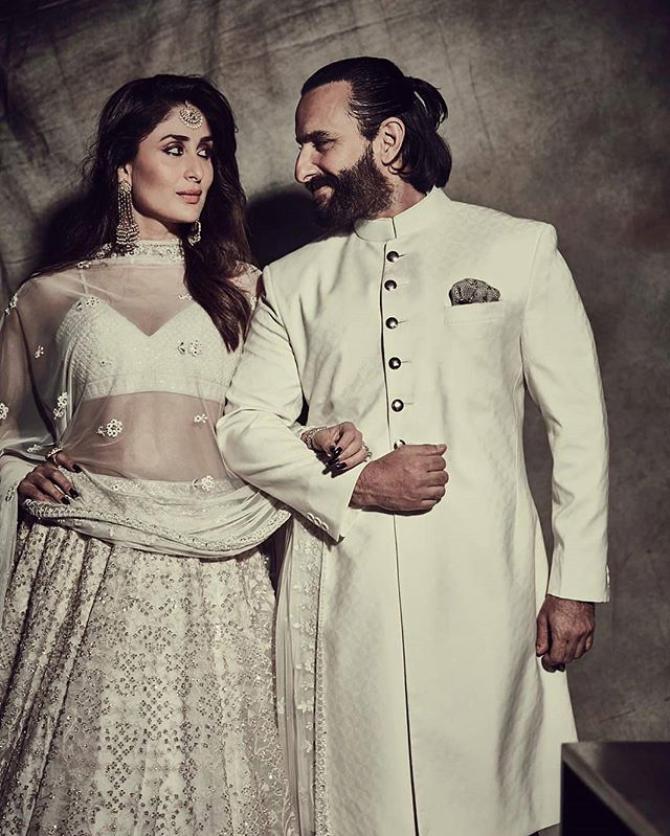 Saif Ali Khan asked wife Kareena Kapoor Khan, "You know how it's like... once you've had a baby, people say that relationships and things change, and wives get like really into the child and the relationship changes slightly or you know she's busy and doesn't have much time. Is there any way - this is my question - that a husband can get more attention or make his wife happier post-baby? Are there any tips you can give us in this direction?" He rounded off his question with a personal sign-off note: "All the best, see you at home!" Kareena Kapoor replied to her husband, Saif Ali Khan’s question, "Really? Very cheeky of you Saifu to be asking this on national radio but either way, I think I should answer it. I think a husband should just be there for the wife. Baby means bahut saari extra responsibilities and wo share karne se wife bahut khush ho jayegi I'm sure." 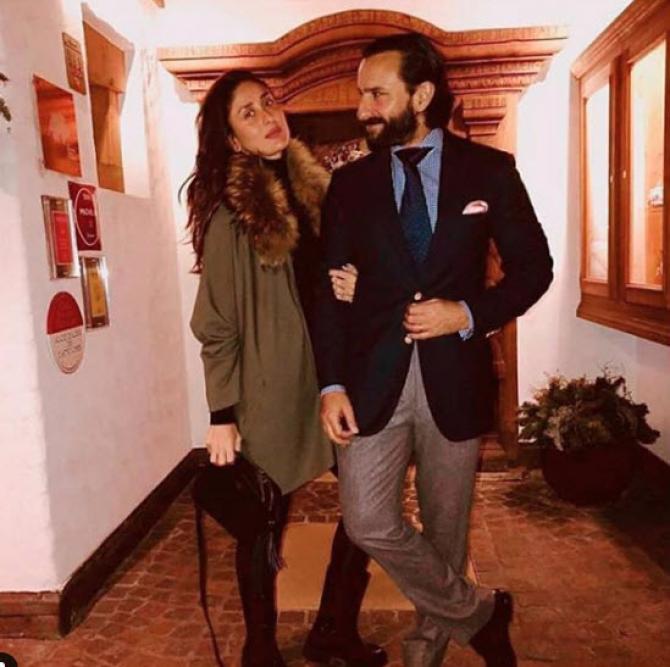 Bebo added, "As for attention, plan a nice date for her... kahin romantic location pe... you know... without the baby and then see the magic... haan? Aur agar wife bole ki use baby ke saath time spend karna hai, toh bura maat mano (and if your wife says she wants to spend time with the baby, don't feel bad, okay?). It doesn't mean she loves you any less. It just means thode time ke liye uska perspective change ho gaya hai. Anyway, hoping for a nice romantic date from you soon, Saifu. The class is now dismissed."

Revealing the qualities he adores about his wife, Kareena, Saif had earlier shared, “There are obvious things like loyalty...giving importance to family, being grounded and not being too carried away with all the work that we can get carried away by. Having your priorities straight - time for family, time for friends, that is the most important. Along with work being important as well but not obsessing to the point of cut-throat decisions and doing everything for that and then ending up only having that (laughs). As a wife, not being very pushy and demanding. Being very easy going about a lot of things. You've got to be easy to live with if you want someone to live with you happily. She's very easy to live with.”(Also Read: Taimur Ali Khan Shows Off His Ukulele Skills As He Jams With Mamu, Zahan Kapoor [Video Inside]) On the work front, Kareena Kapoor Khan will be seen in Takht and Good News, and Saif Ali Khan is shooting for Hunter and Sacred Games 2. Bollywood actor, Saif Ali Khan was earlier married to veteran actress, Amrita Singh. The duo had tied the knot in 1991 and was blessed with two beautiful kids, Sara Ali Khan and Ibrahim Ali Khan. However, after 13 years of marital life, the duo had parted ways but havemaintained dignity towards each other and