Breaking all stereotypes, Surbhi Tiwari tied the knot with Praveen Kumar Sinha last month, on February 10, 2019, at the age of 38. Like all big-fat Indian weddings, Surbhi’s wedding too, began with fun-filled haldi, mehendi, sangeet and cocktail ceremonies. The excited bride had then shared about her sangeet performance, “At the sangeet, along with other songs, I will be performing to the title track of Shagun, as it has always been my dream to do so. My actor friends will perform, too.” And then came her beautiful wedding pictures which mesmerised us all! Checkout the same here:

And it was on their Delhi reception, when Surbhi Tiwari’s mother-in-law did a super-sweet gesture for her bahu. As reported by SpotboyE, Surbhi’s mother-in-law is an active BJP member and at their Delhi reception, she had gifted a silver crown to her, which she wore amidst the guests that evening. She had also sported a red lehenga with traditonal jewellery for her reception and looked amazing! Checkout her picture from the same here:

And now, almost a month after her wedding, Surbhi Tiwari, in an interview with SpotboyE revealed the reason as to why she opted for a late marriage, “I didn’t want to marry anyone from the industry. It gets very monotonous when you belong to the same professional field. You come back home and end up discussing work. I did have many proposals from channel heads, actors and producers but turned them down. Waited for the right man in my life and here I am, married to Praveen.”

It was also reported that Surbhi Tiwari might go to Goa for a short honeymoon and to Switzerland, for a long one. Speaking about the same, the actress had shared, “I can't wait for the Switzerland one, but my husband Praveen (a pilot) is short on leave, so we will have to wait for another two to two-and-half months before we embark on our second honeymoon.” (Must Read: Surbhi Jyoti's Perfect Breezy Outfit For Friend's Baby Shower Ceremony Is Every Maasi-To-Be's Goals)

In an interview, Surbhi Tiwari shared about how she met the love of her life, Praveen, “Our common friends arranged our meeting in October, 2018. Praveen is from Patna, but he has been working in Delhi for the past 18 years. He will shift base to Mumbai after marriage. Despite belonging to an affluent family, he is simple like me. Another thing we have in common is, we both don’t like partying. However, unlike me, he is calm like still water, and he has brought calmness to my life.” 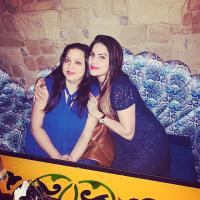 Surbhi further went on to add, “He is the anchor I was looking for so long. He has been extremely supportive of my career and loves me the way I am. At a time when most people expect their suitors to be in shape, he didn’t mind me being overweight. I have had health issues because of which I put on weight, but he doesn't mind it.” 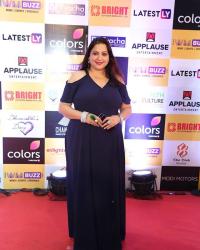 Do you know, Surbhi Tiwari had rejected her now hubby, Praveen after a few meets? Revealing the details about the same, the Ek Rishta Saajhedari Ka star shared, “He is too shy. In fact, I had to make that first call and he immediately decided to marry me. However, I insisted on meeting him. When we met, I found him too simple and lied to him that our horoscopes don’t match. However, he outsmarted me by matching them before our meeting and told me that there had to be another reason for me to reject the proposal (laughs!). After a few more meetings, I realised that he is a thorough gentleman with a pure heart.” 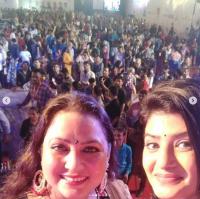 About her marriage, Surbhi Tiwari had earlier stated, “I had been wanting to marry for the past five years, but I didn’t want to tie the knot with an actor. All they talk about is their shows and ratings. I refused many proposals, as I wanted to talk about other things with my man. So, I took a break from acting to meet guys outside the profession. My mother told me to take up new work only after I got married.” (Also Checkout! Arbaaz Khan Shares Son Arhaan Is Always In Contact With Him Post His Divorce With Malaika Arora)

We wish Surbhi Tiwari and Praveen Kumar Sinha all happiness of the universe!